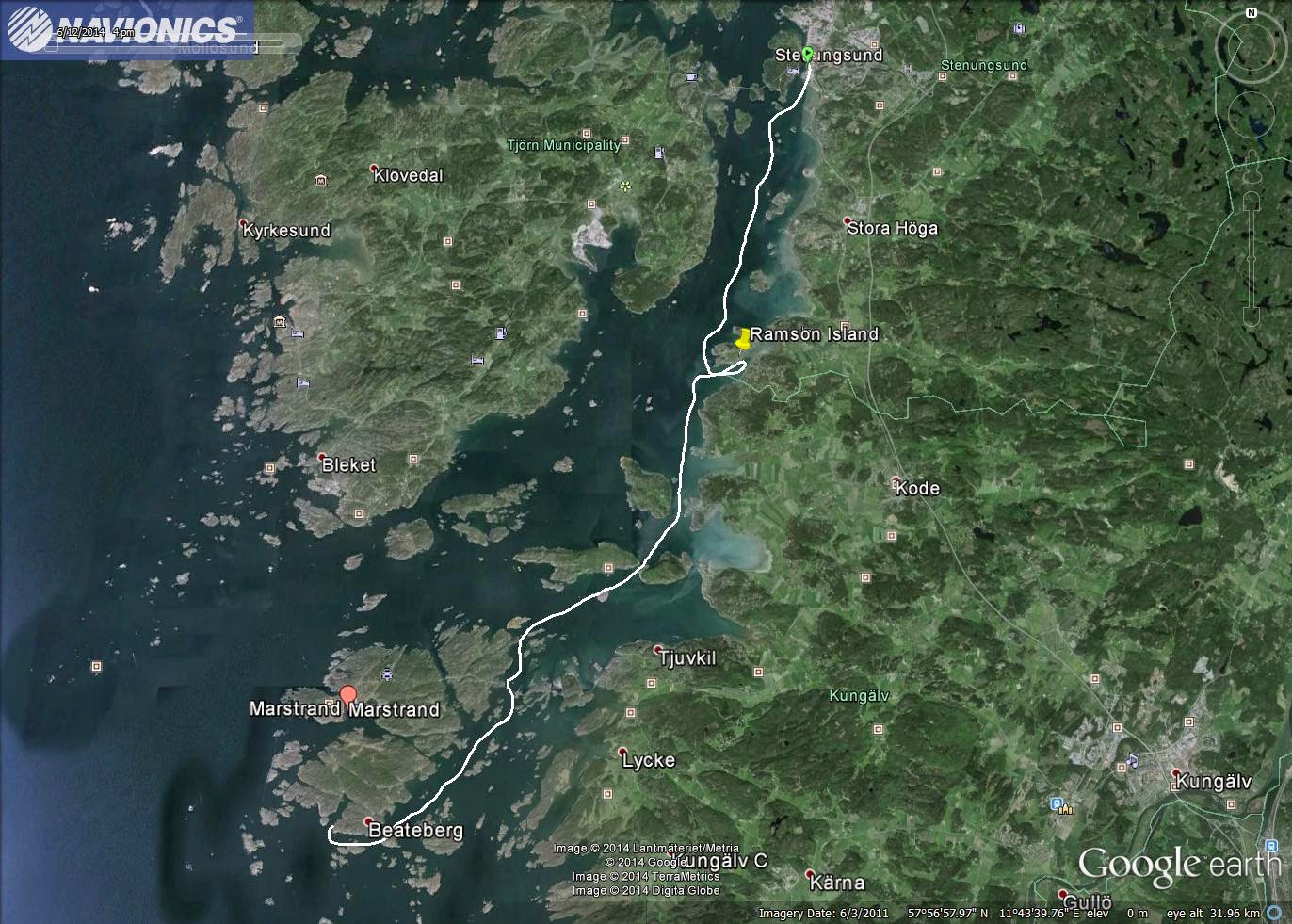 We departed Utkaften at 09:30 hours bound for Stegunsund. There was a strong westerly wind blowing but we were confident that the majority of the journey could be undertaken in the shelter of the islands. The sea state was quite rough with white horses. We turned east keeping Marstrand island to our port side and travelling NW up Snikefjorden. The sunshine was brilliant which made the most of the rose coloured granite which had been smoothed by ancient ice flows. 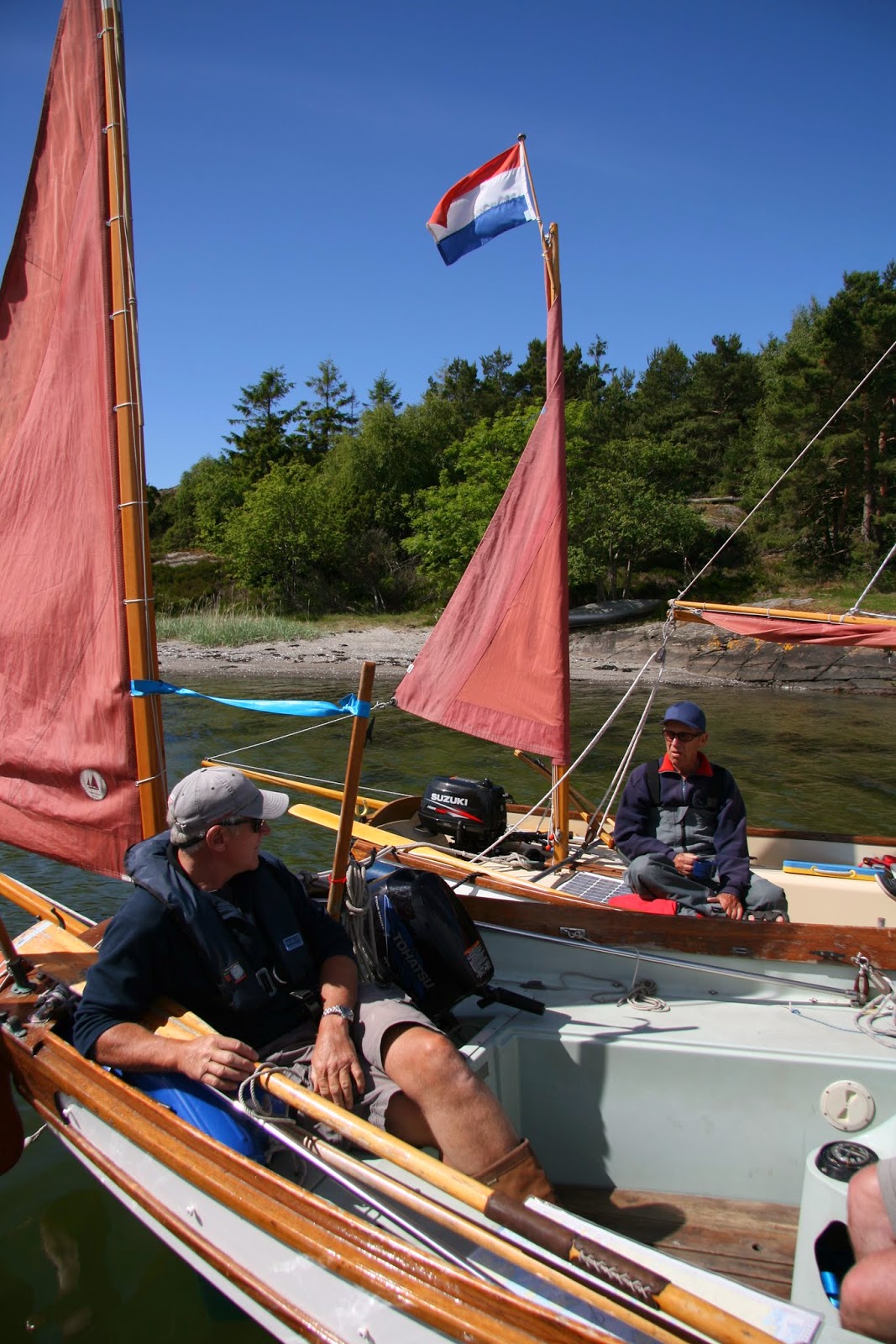 We stopped for coffee come lunch at a small place called Instow which was close to the road bridge to the largest town of Marstrand. Whilst we were there we attracted the attention of a Police launch who were friendly and admired our Drascombe boats. We did not arose their Police suspicions.


We continued as a fleet towards Stegunsund through the narrow channels following the recommended route through the islands which were marked on the local charts. In the channels exposed to the westerly winds the sea state was rough with plenty of white horses. I sailed all day on jib and mizzen and times furling the jib in order to reduce the windage and to make the boat more manageable. We sailed towards the passage way between Algon and Bratton which was 250 ft wide and 50 ft deep.and brought a temporary reprieve from the strong wind.


I had been sailing with jib and mizzen only and the mainsail had been secured with a line around the mast several times. In the strong wind the top of the sail had come loose and was flapping violently so much that it was shaking the whole of the boat. The seat state was such that I was not confident to turn into the wind and heave to. the confined nature of the fjord and the strong wind gave me concerns that I would be run aground.

I decided to seek the shelter of one of the islands on my starboard side where I could secure the sail.
I chore the island of Ramson as it appeared to be sheltered with moored boats, jetties and habitation. I motored in and the shoreline quickly shelved and I found a place where I could anchor. I secured  the sail and made ready to go back out into the fjord. I found that I had run aground but by lifting the keel and the rudder I would be able to get myself free. I was approached by one of the locals in a rib who offered a tow which I accepted. He told me that he was a volunteer member of the Swedish lifeboat service. He advised to keep going to Stenungsund rather than staying. I motored back out into the fjord and into the strong westerly wind shipping quite a bit of water  over the deck. I caught up with "Dulcibella" a Drifter 22 giving Michelle a shock. He said later "Where did you come from "

Stenungsund was set in quite an impressive landscape with it's three road bridges. The port is quite industrial and the marina was very large but with poor facilities and it was just as well that they were not collecting fees.