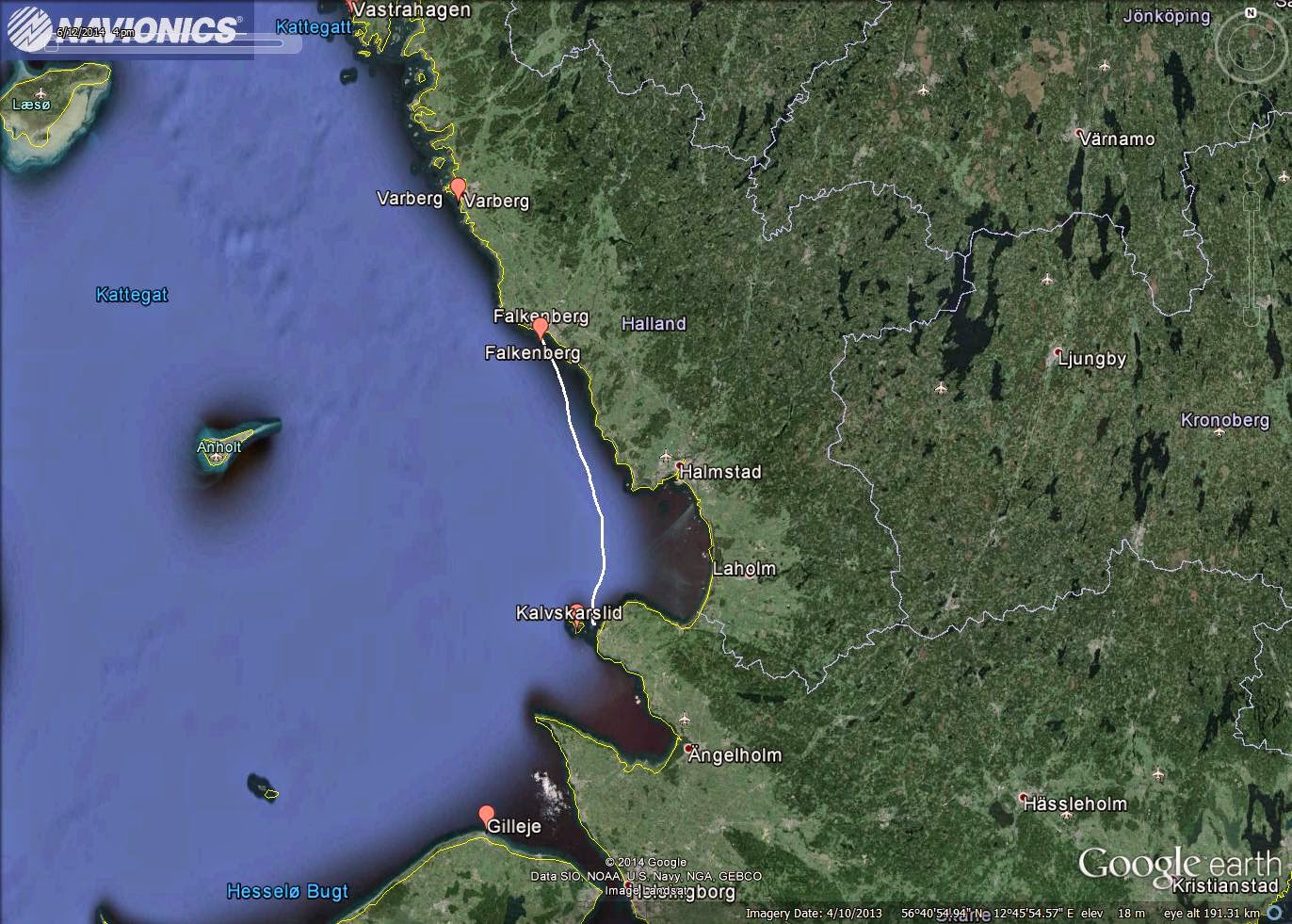 Departed at 09:45 hours in good conditions with a westerly breeze making is a nice beam reach. The trip was quite uneventful and used the Autohelm to relieve the boredom of being on the helm.

This part of the coast is low lying and the shore is gently shelving and so it is wise to keep well clear of the coast. The geography of this area is greatly influenced by the glaciers which covered Scandinavia in the Ice Age. This area was about the limit of the ice sheet and this area and a lot of Denmark is covered in glacial moraine hence the shallow Roskilde Fjord. As we move north the rocks become more exposed and there is clear evidence of ice erosion on the rocks. In Norway the fjords become deeper and more dramatic. 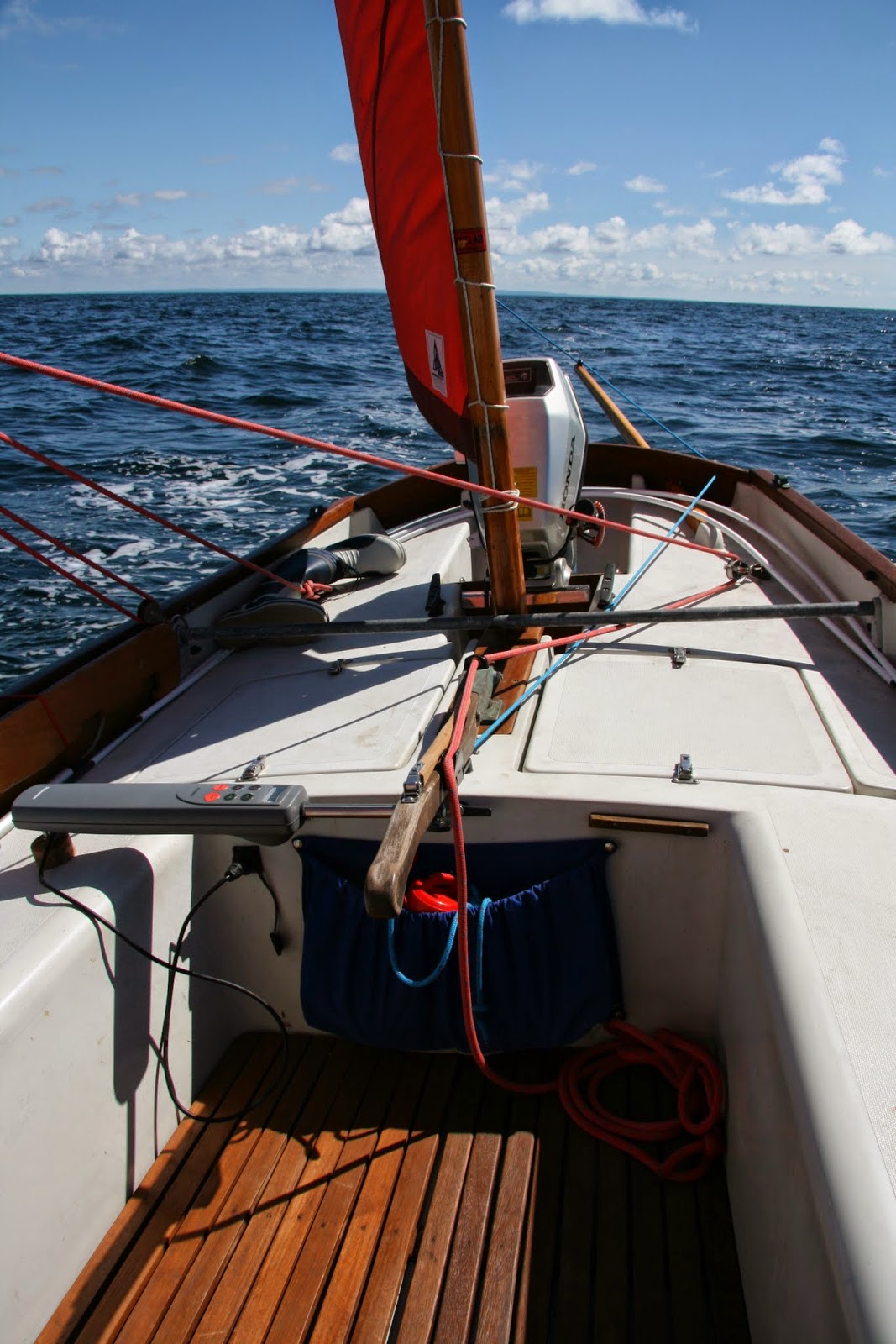 During the day the wind strength fell away to about F2 or 3 and our initial speed of 4/5 knots could not be maintained and dropped as low as 2 knots.

Arrived at 18:00 hours in Falkenburg is an industrial port with a lot of ship repair going on. The ships are raised out of the water on floating harbours. We berthed at the local sailing club on the south eastern side of the river. We later had a walk around the town where the cafe's and clubs were busy with the locals.