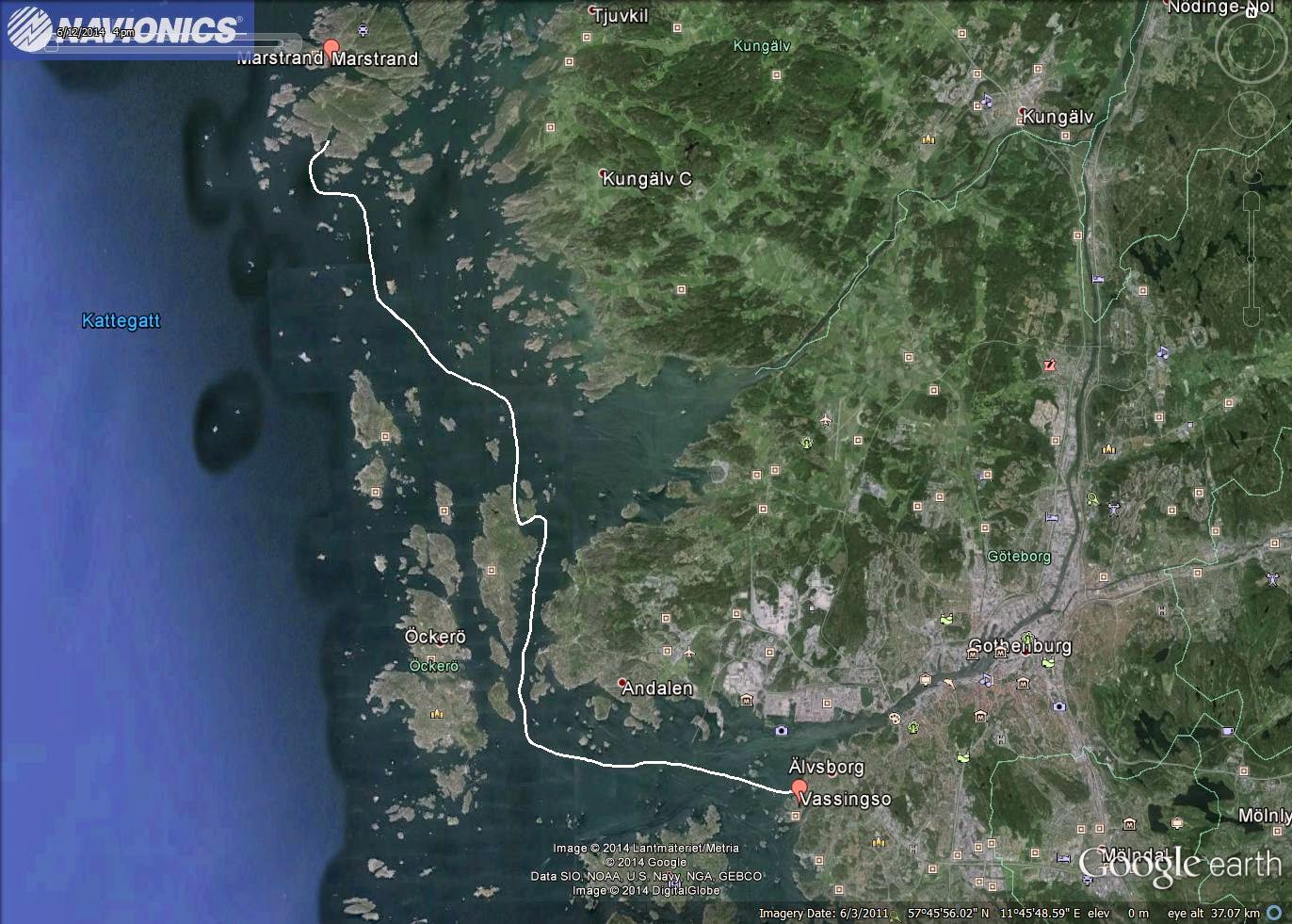 I departed in company with Damson a Drifter heading northward in the direction of Marstrand.. We first sailed west down the main channel into Gothenburg. The channel was marked with large cantilever markers which I have not seen before. We motored into the slight westerly breeze and passed jettys and other harbour traffic. We were passed by a fast Police rib with four officers one of which was only dressed in shirt sleeves. I could only imagine that there was some type of emergency on one of the outlying islands. It certainly looked very impressive. 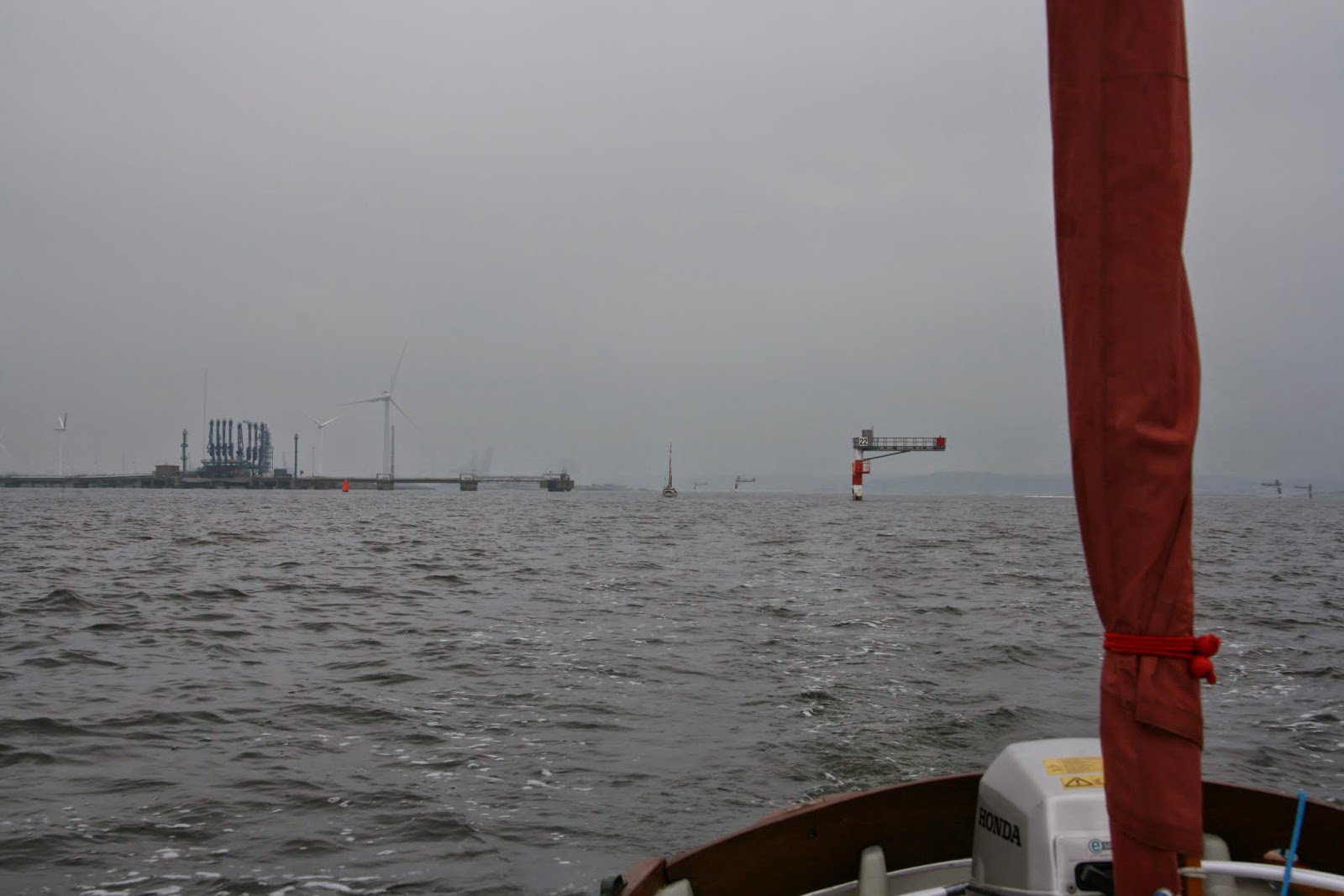 Turned north towards the island of Bjorko and able to set sail and make 2 or 3 knots. Passed the car ferry to the outlying islands and continued past settlements on both sides of the sound. 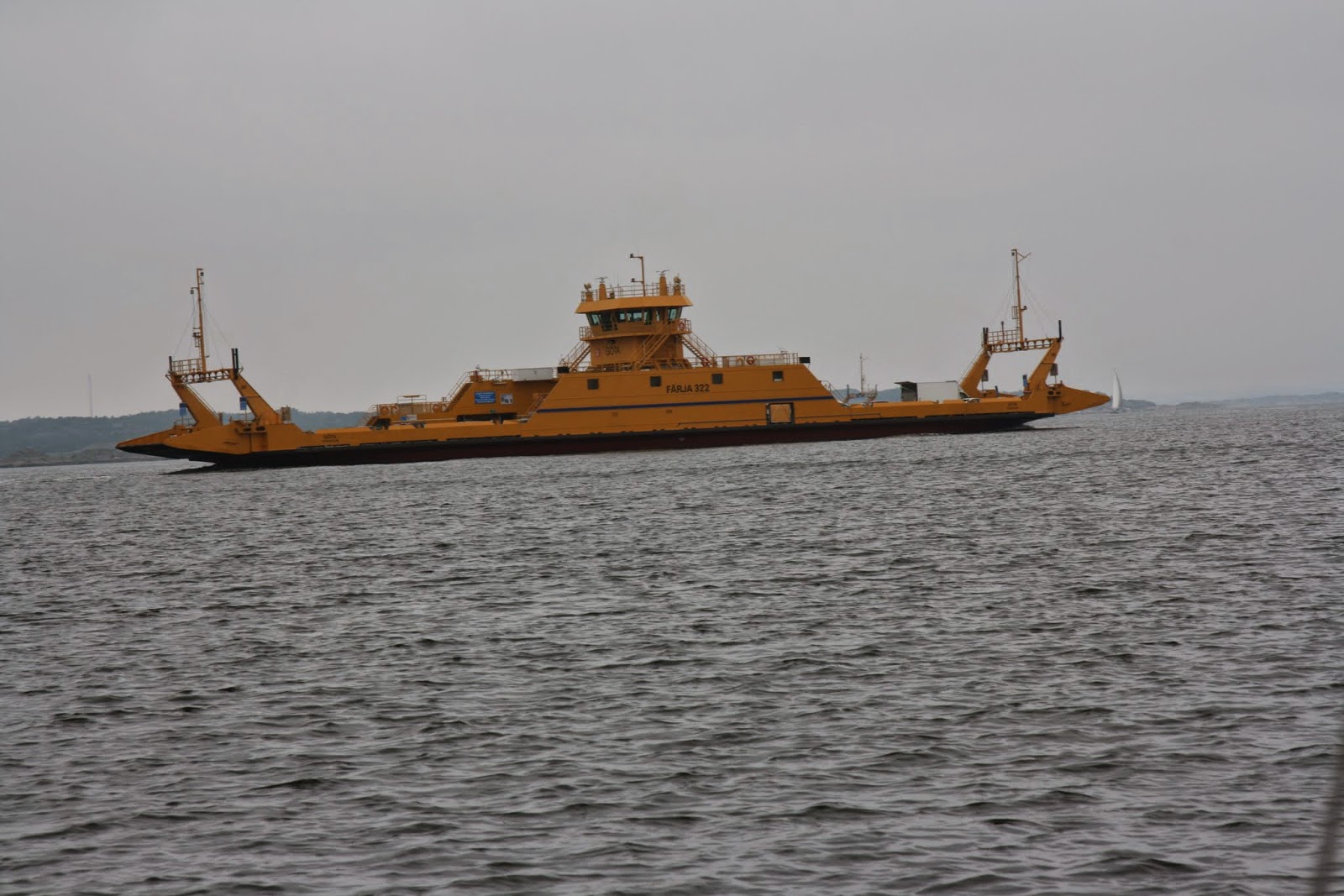 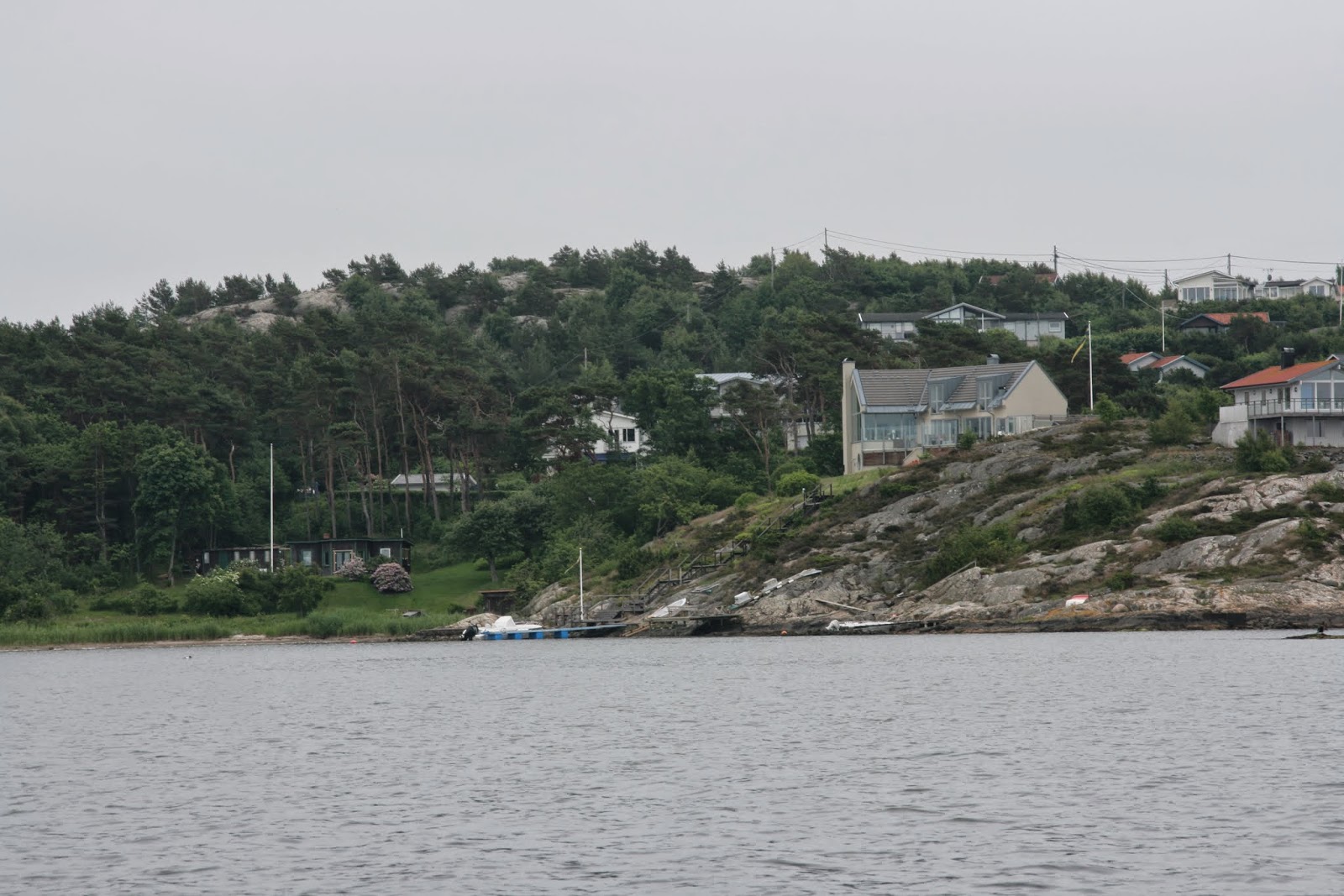 At about 12:00 hours we stopped for lunch at a concrete jetty adjacent to large ice eroded rocks. This was how I imagined sailing in the Swedish archipelago would be. 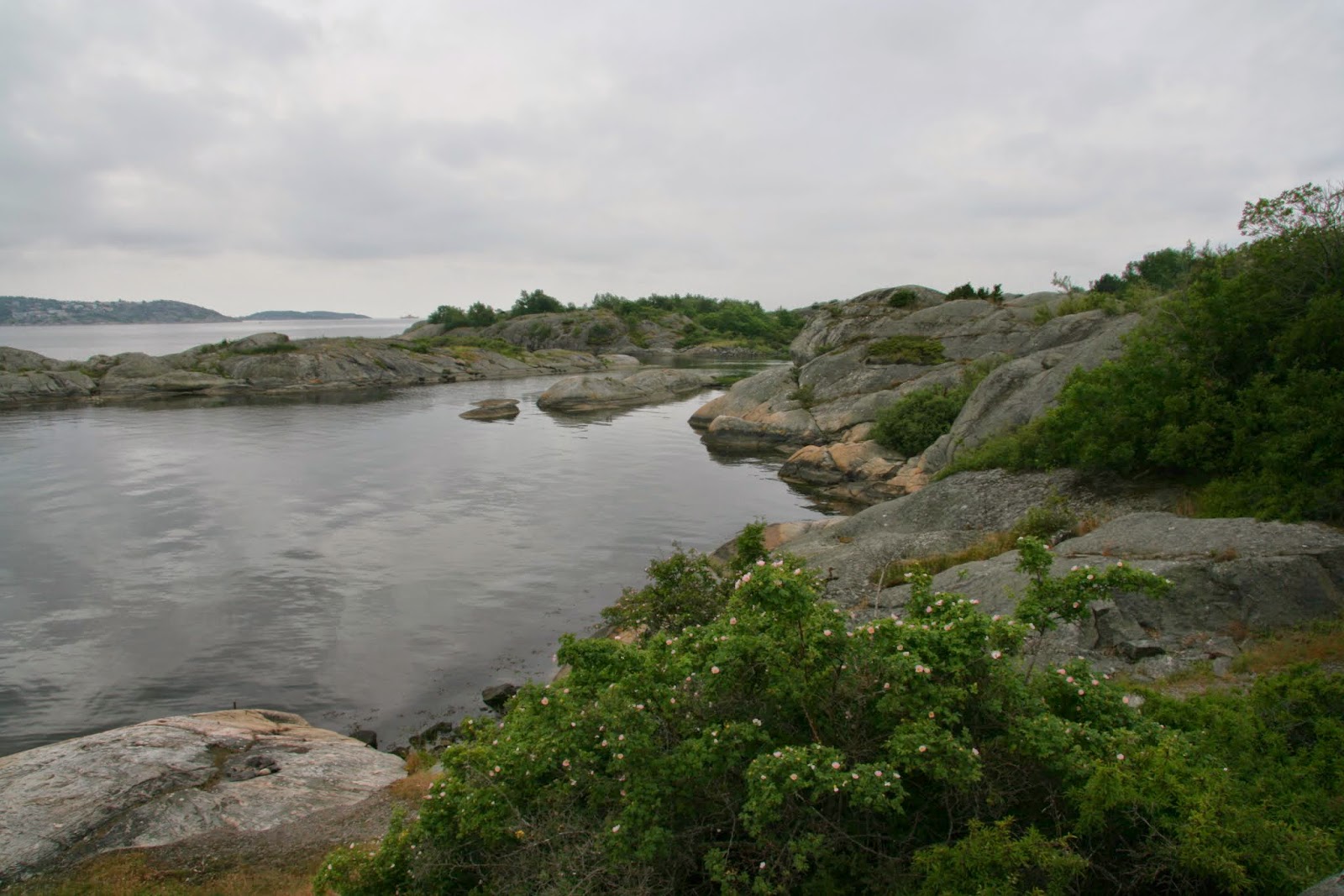 After lunch we motored through the passageway at Bovik and into a wider sea dotted with islands.


I improved my windward performance by moving the jib sheet  fairlead to the rear of the slide to flatten the foresail and to stop the sail from backing the main.


we arrived at our anchorage of Utkaften which is on the southern end of Marstrand island. This was the preferred anchorage in the cruising guides for the Marstrand area. Mooring was by using the mooring bolts on the rocks and the laying of a kedge anchor to keep the boat off the rocks. It was possible to moor the boat within feet of the rocks and step on to the shore. With the minimal tidal range it was possible to stay all night on these moorings. There were basic facilities on shore of rubbish disposal and composting toilets. These are provided by the local commune to keep these remote anchorage clean and tidy. 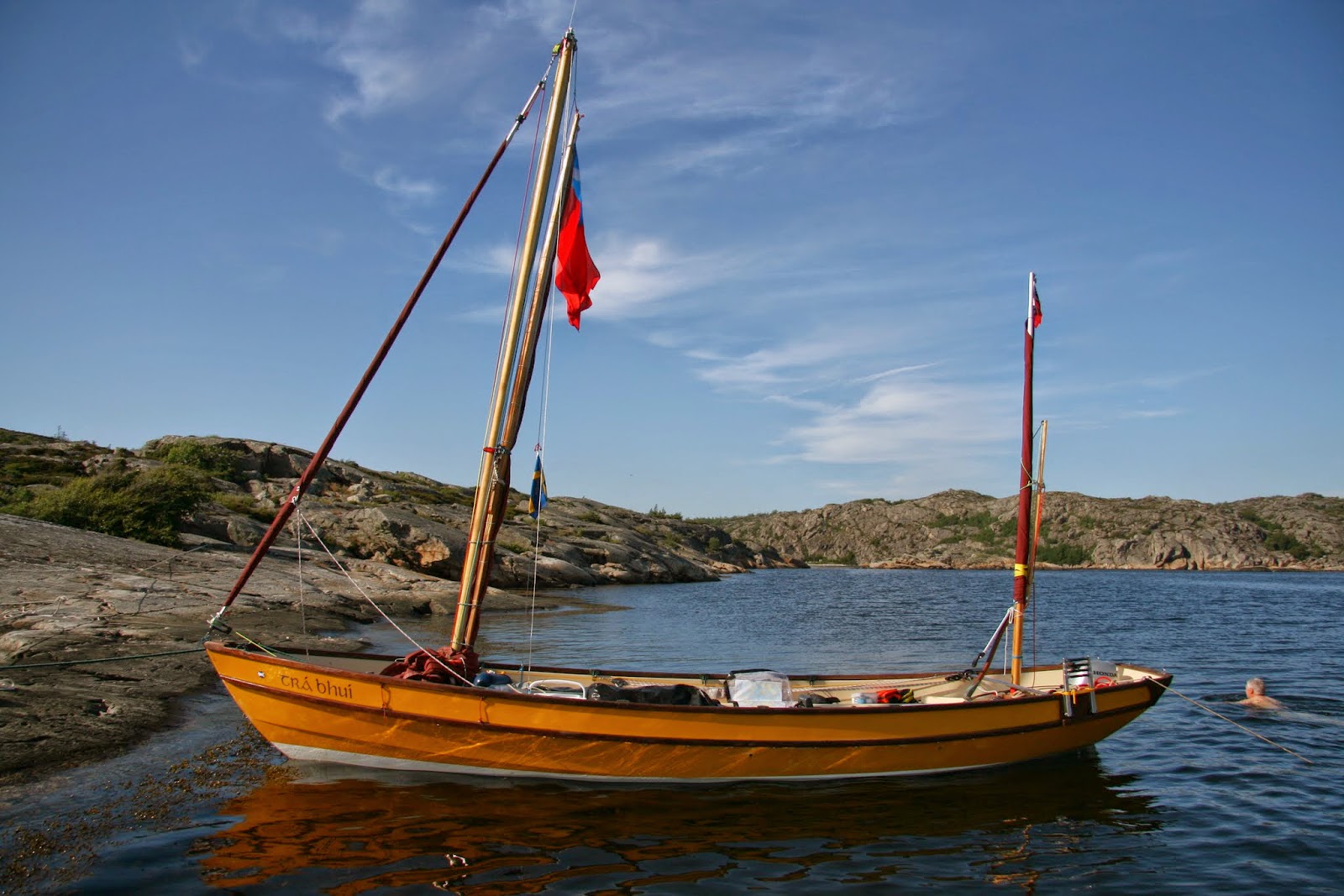 Our three Dutch boats who had fallen behind with the rudder breakage had eventually caught up with the fleet and we were reunited with them at Utkaften. 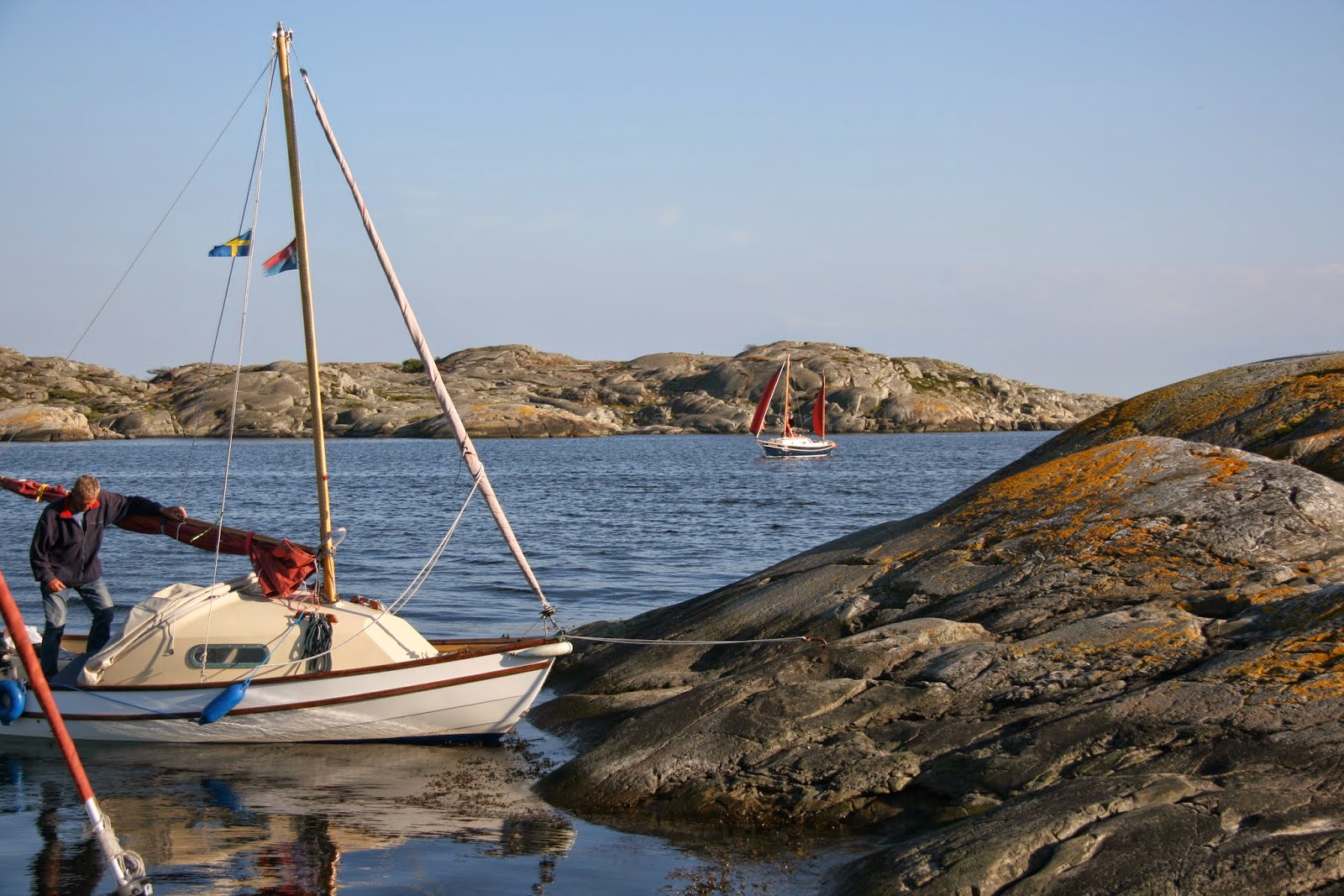 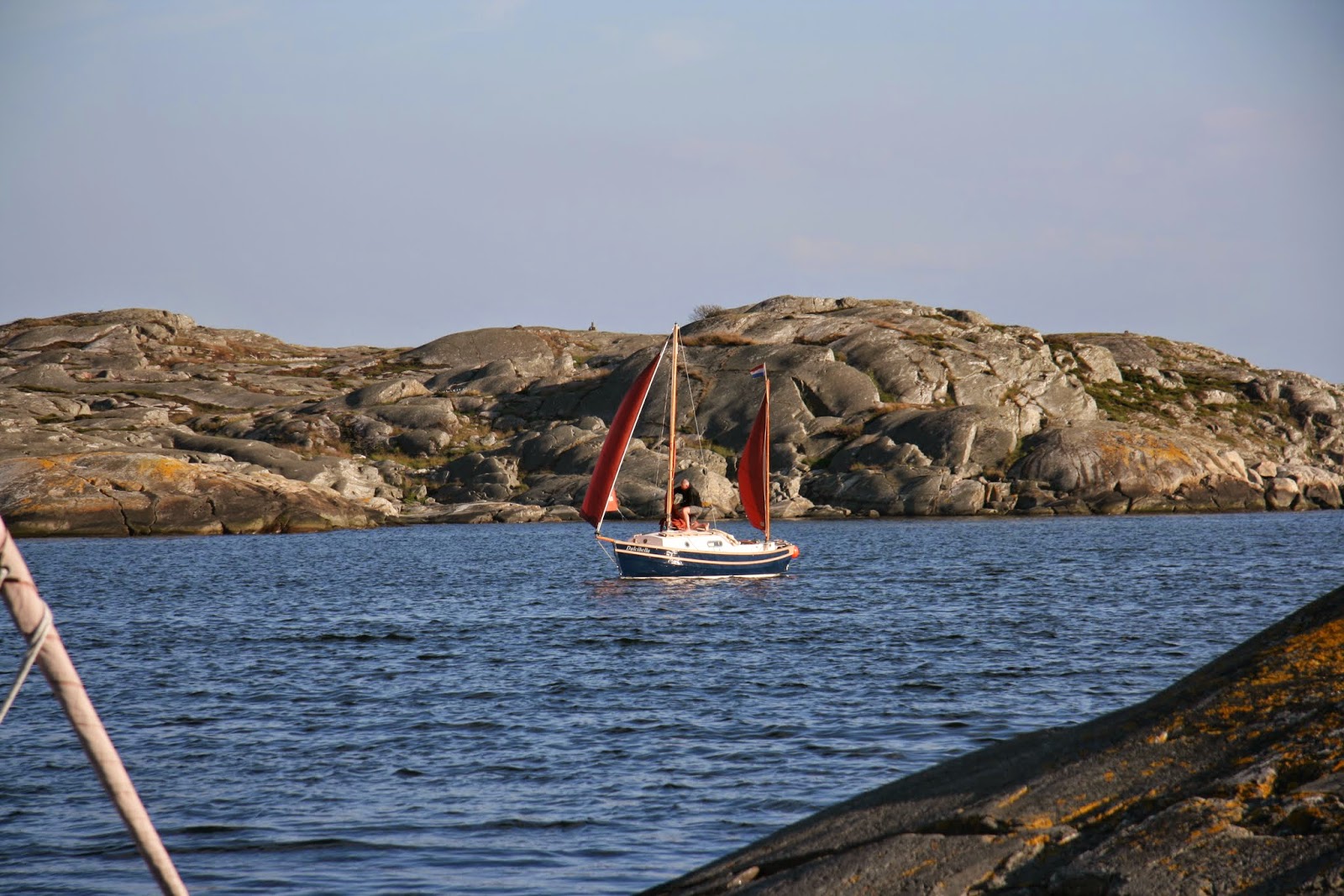 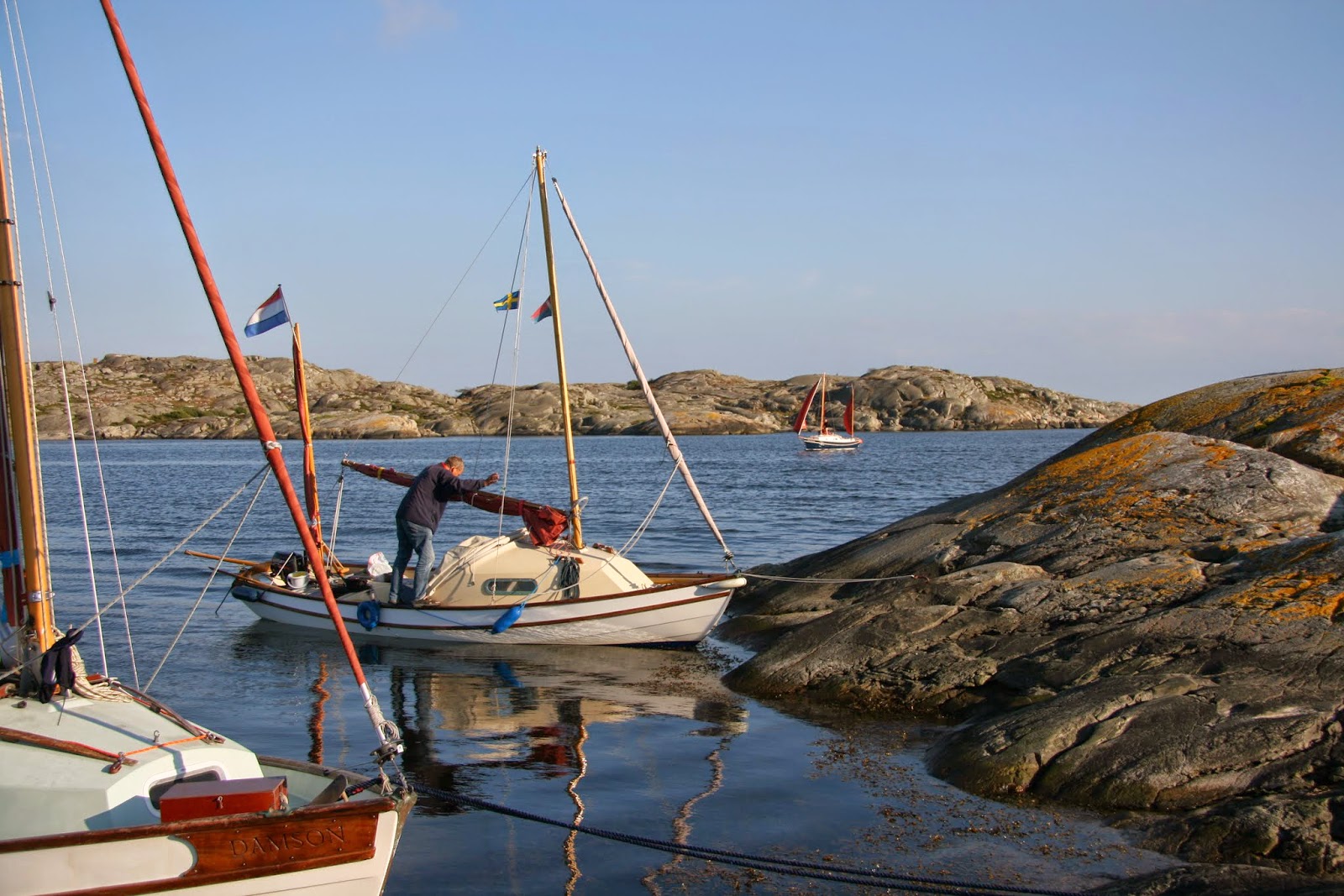 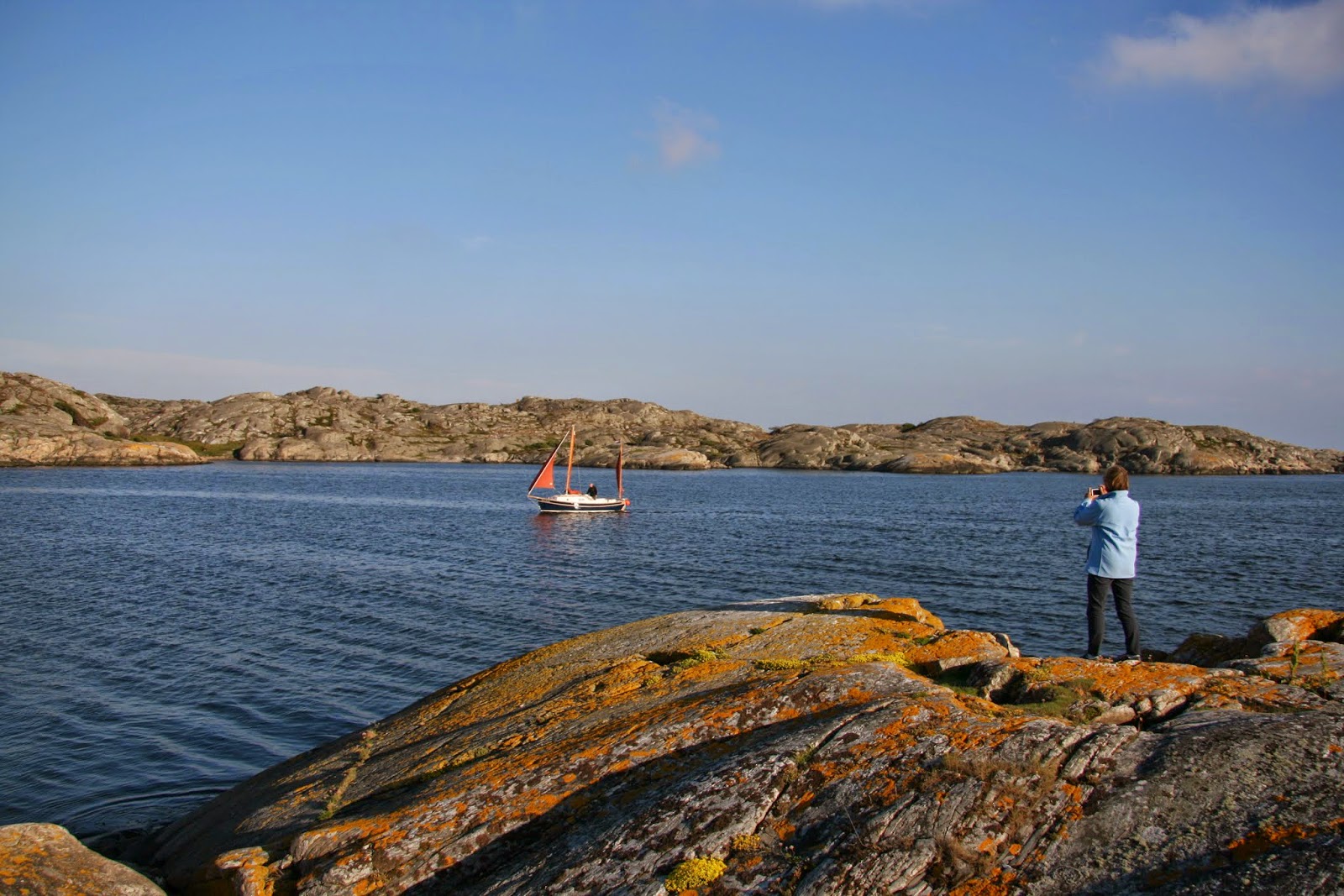 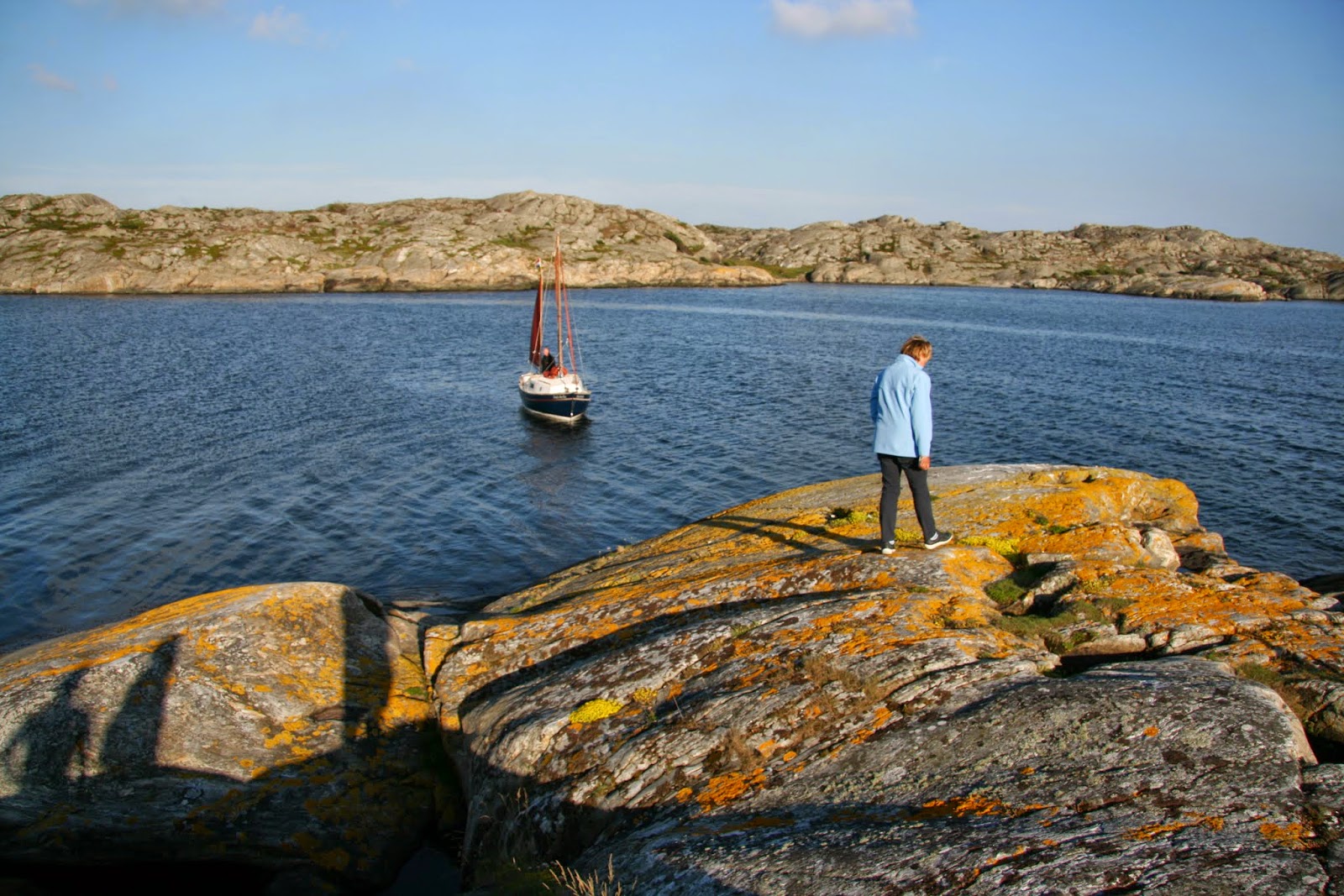 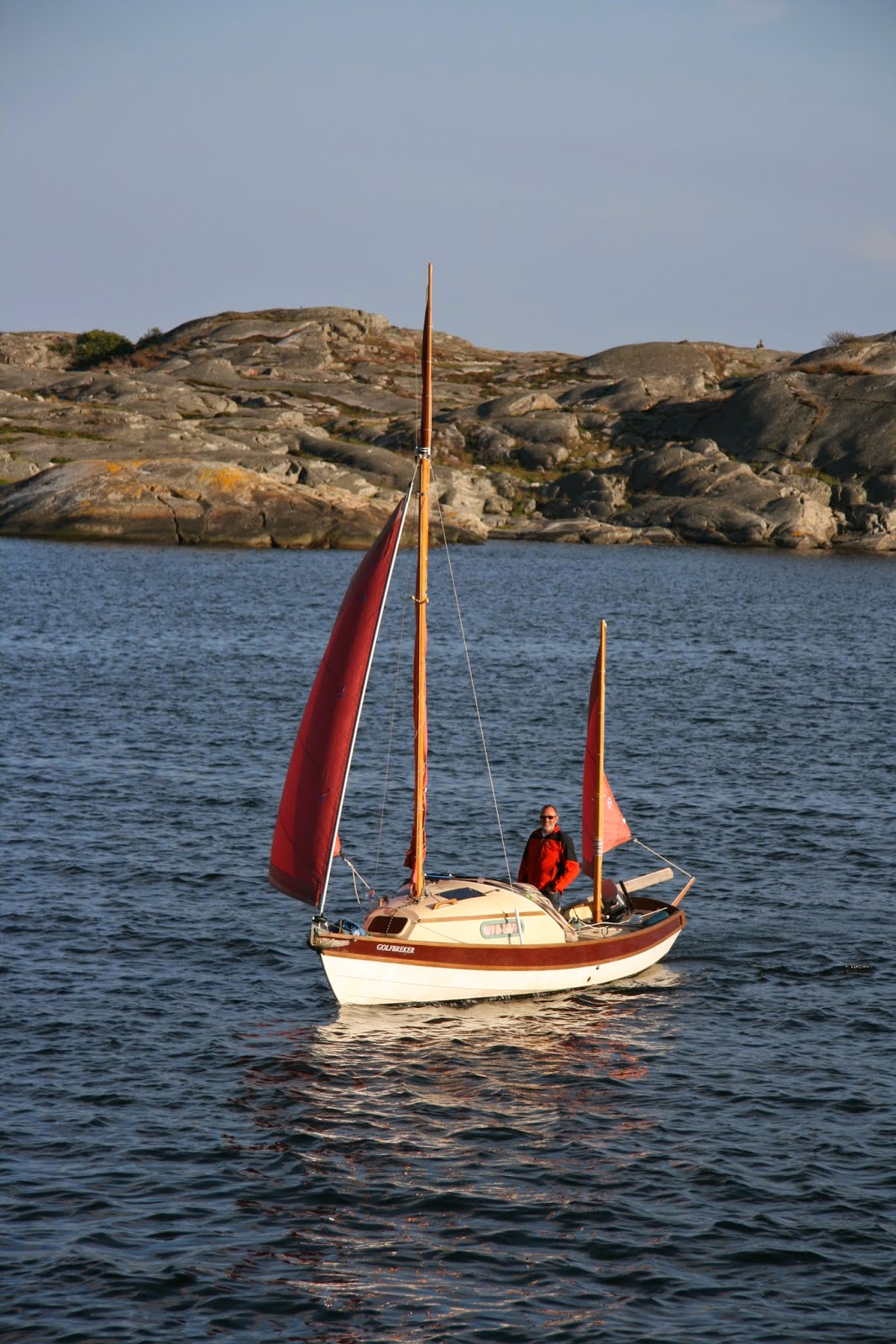 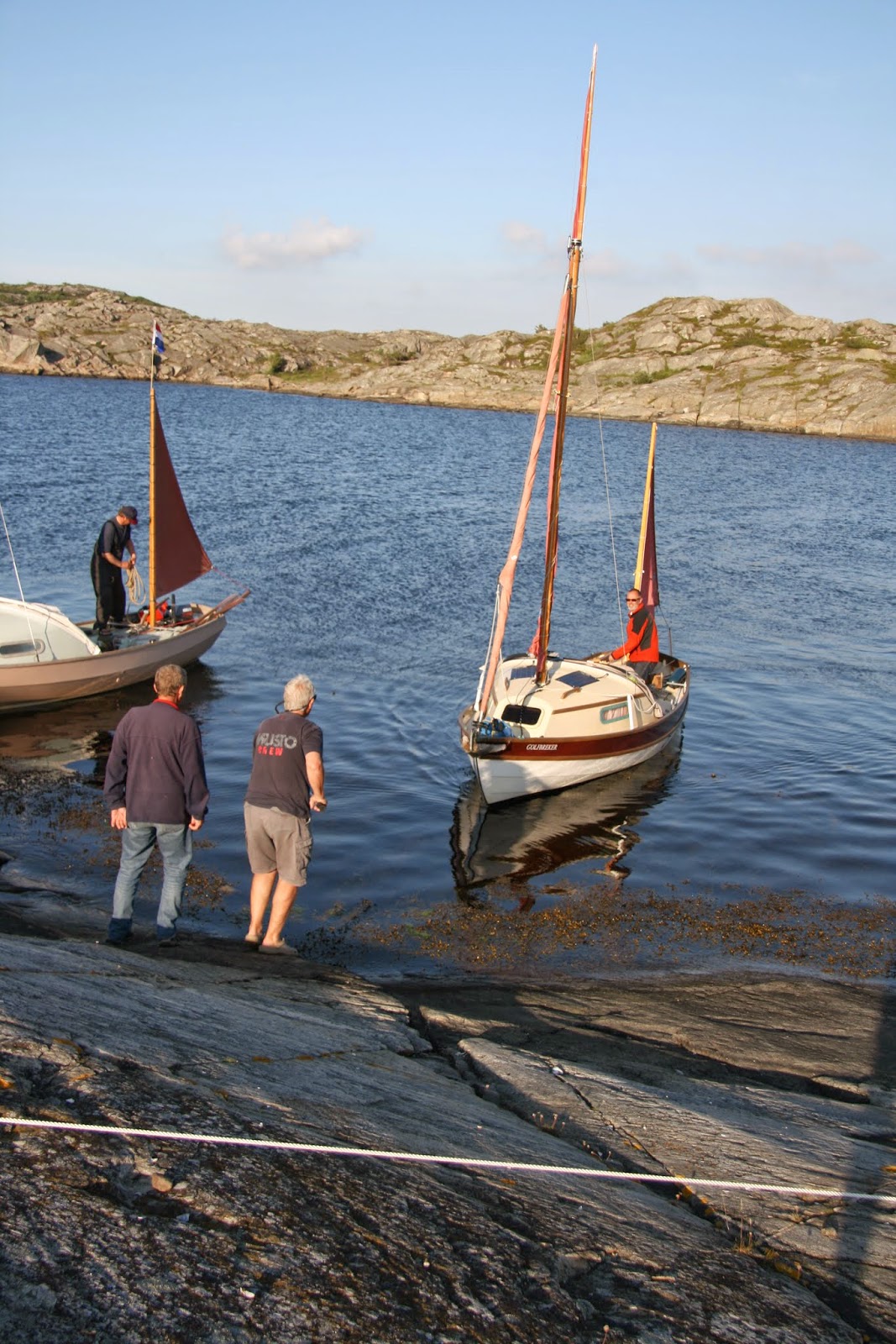 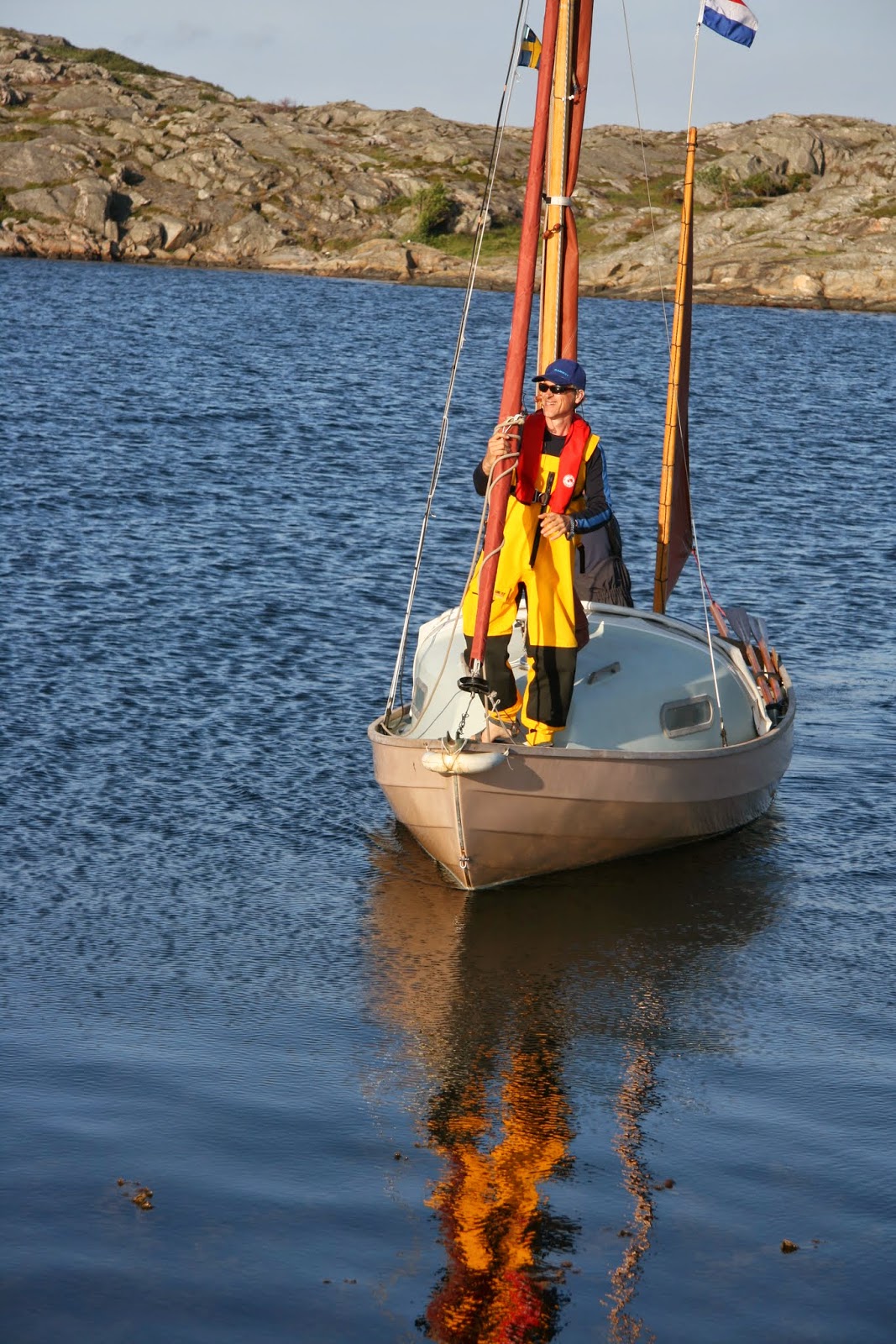