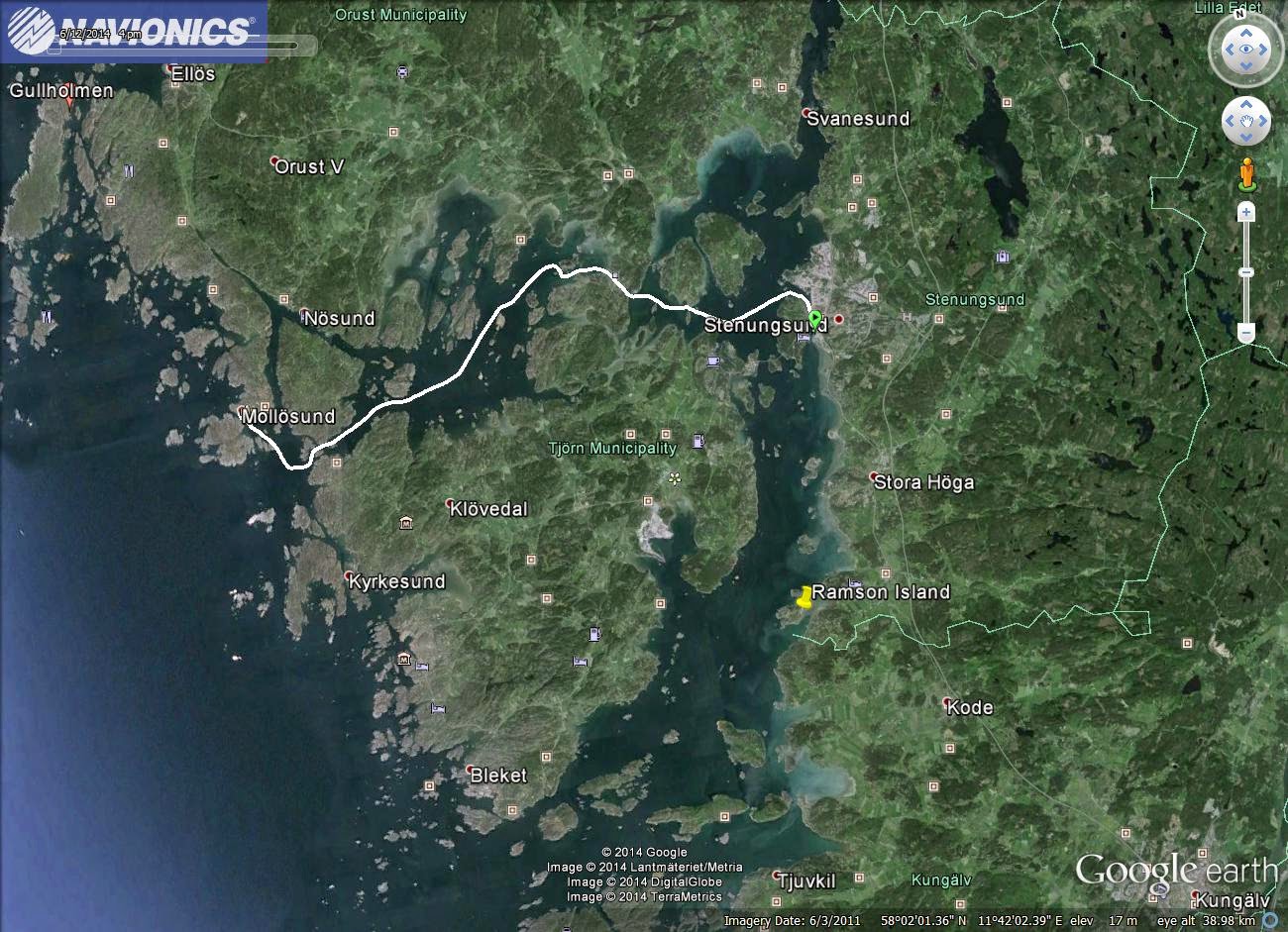 We left Stengunsund at about 11:00 hours and headed north to the exit form Stenungsund and crossed Askiro fyjorden and into the channel which separates the island of Orust from the mainland.  Saw a large Dutch tanker with a tug. Used jib and Mizzen as the wind was still quite strong. Furled the sails as we approached the island of Hasth and into Skapesund which is a narrow channel about 250 ft wide. 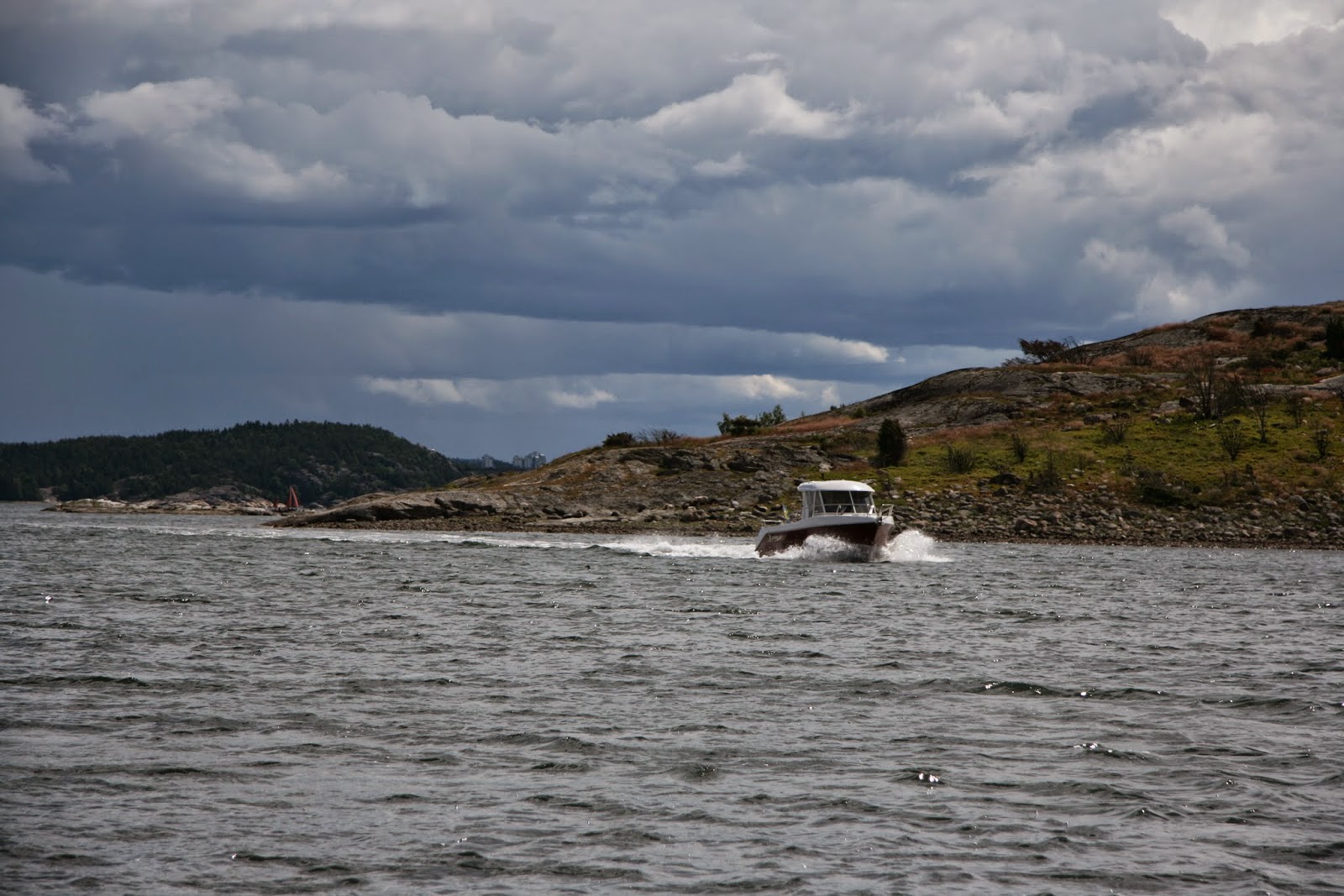 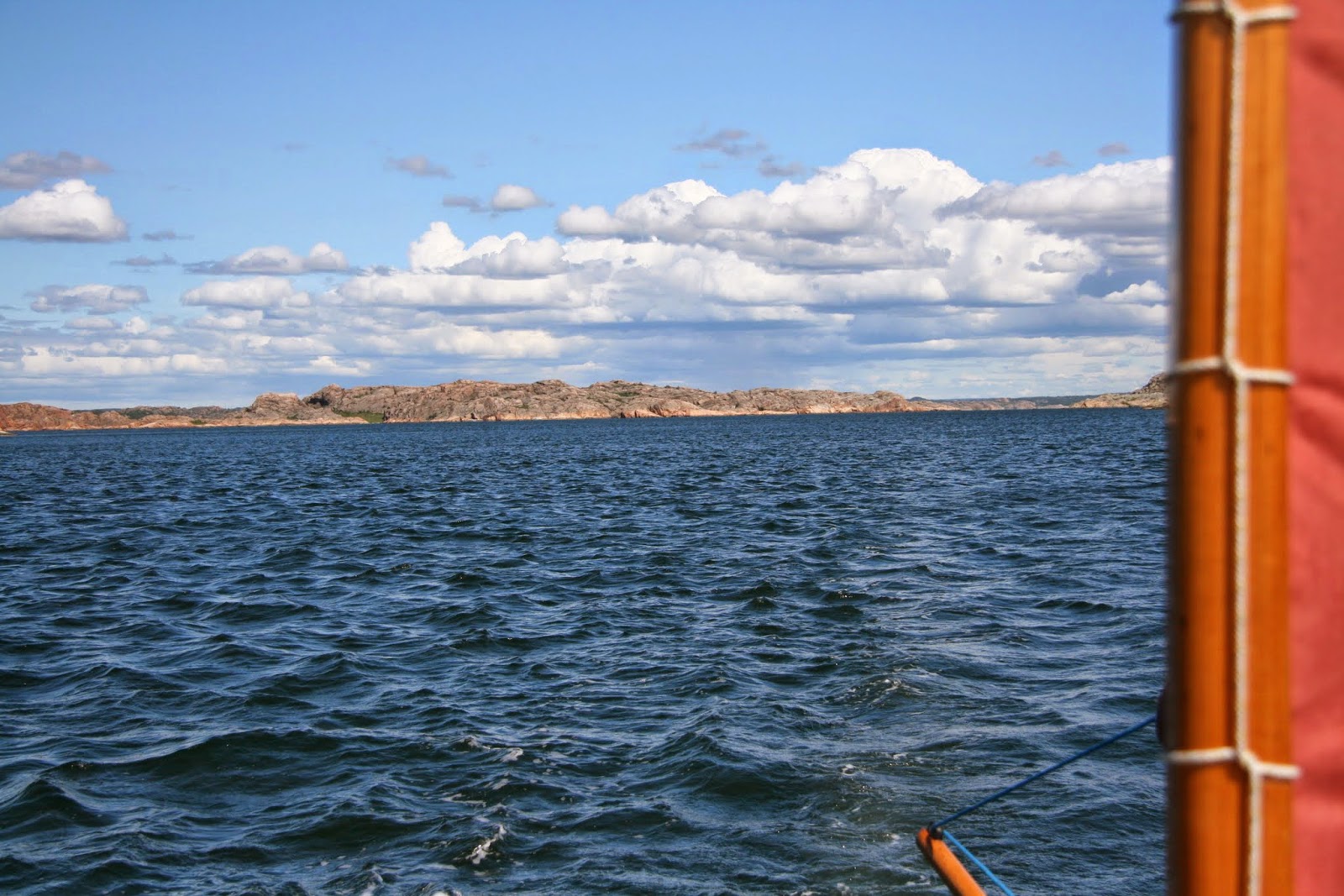 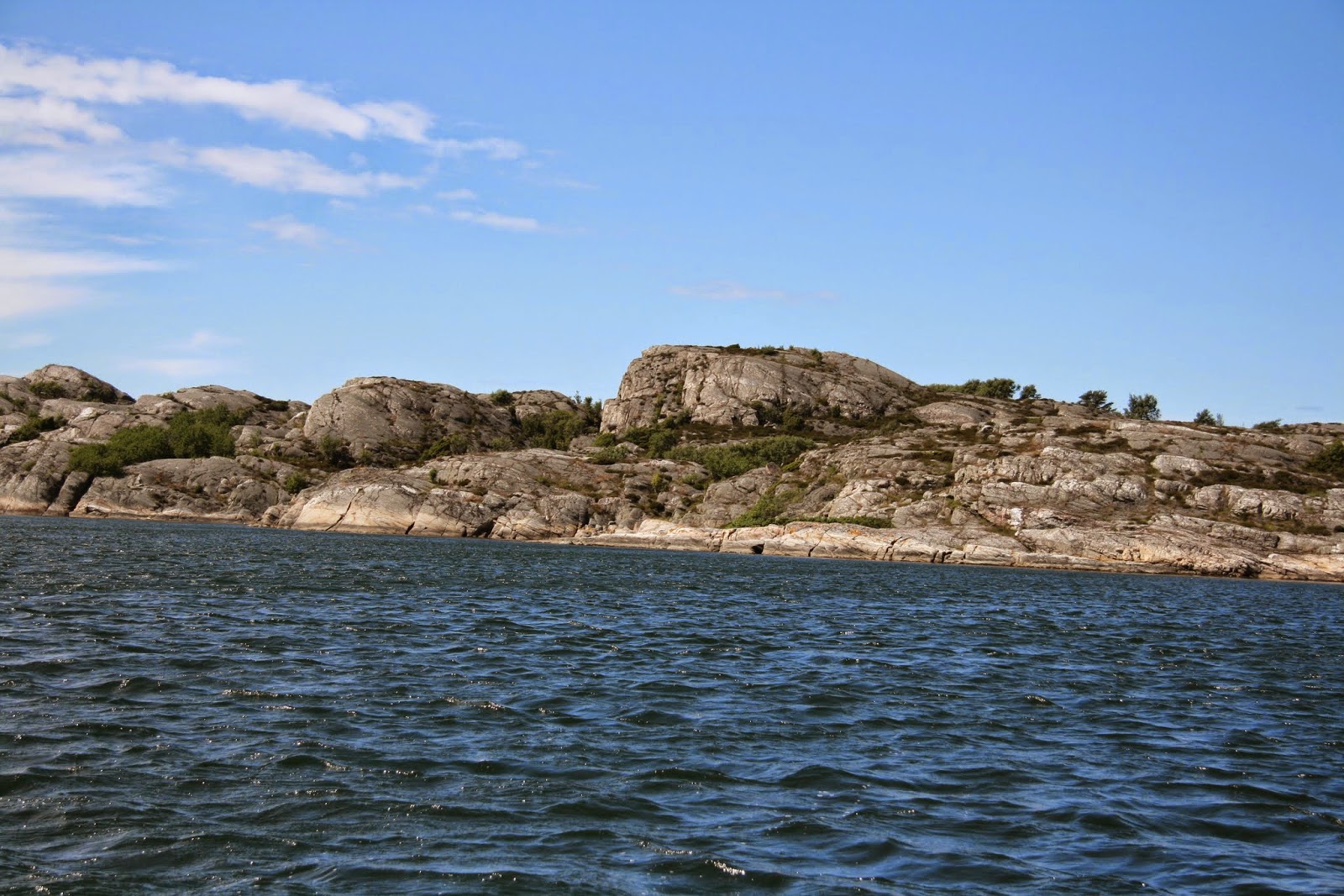 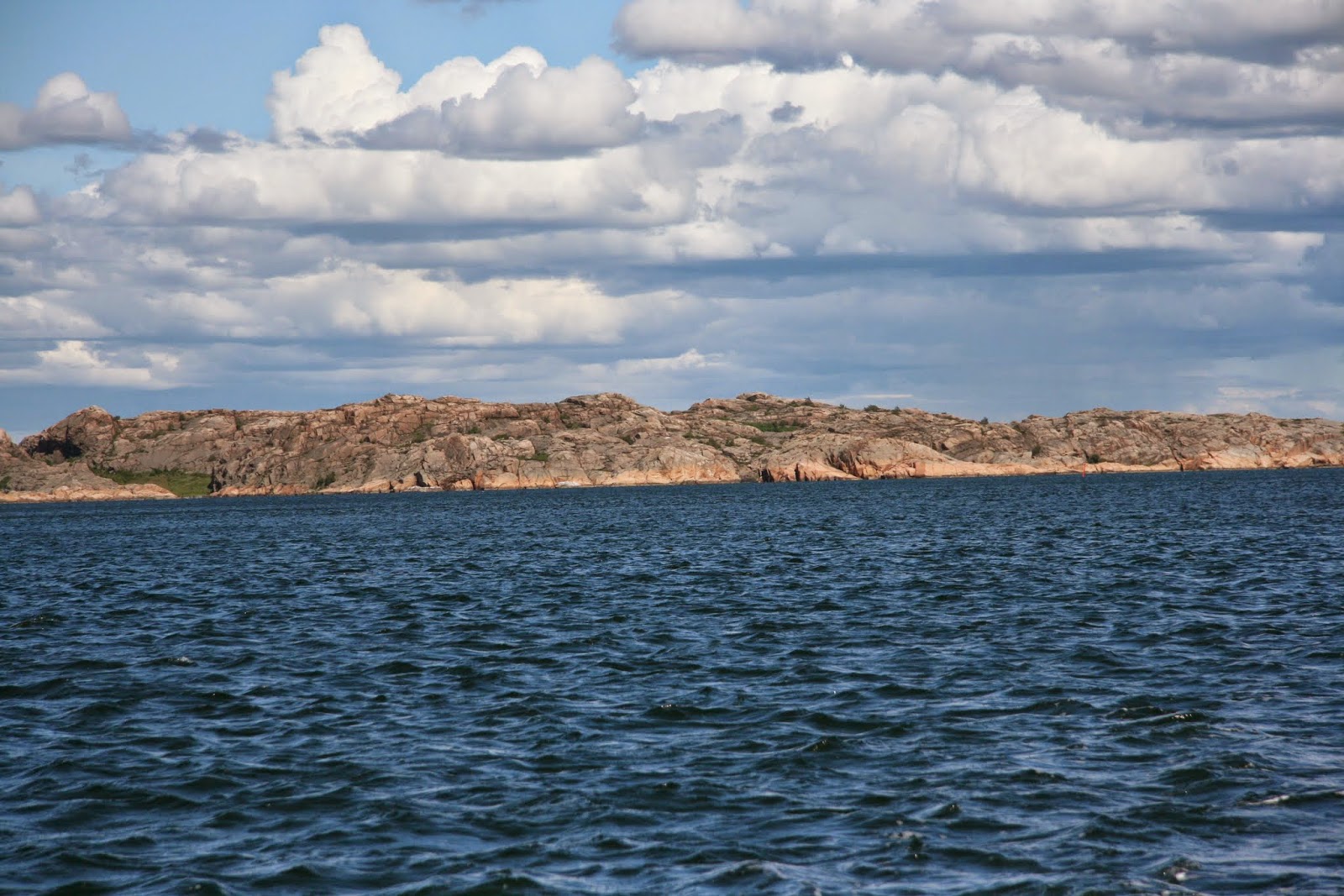 Entered Stig fjorden which is a wide fjord with a windy channel. The rocks are barren but a beautiful pink which gives it an unreal appearance. Crossed the more exposed fyord which runs NE. There was quite a considerable chop in the westerly wind but made it across to Mollosund and old fishing port with quaint old fishing huts and fish drying racks. the town had a harbour basin where we moored bows to picking up slime lines which held the bow off from the harbour wall.
The town was quite as the main holiday season had not started. We were told that at the height of the season you could walk across the harbour on the moored boats. As an appropriate mid point in the cruise and a local restaurant offering a pre season discount we had a meal out. This made a welcome change from the stock of tins which I had aboard the boat. 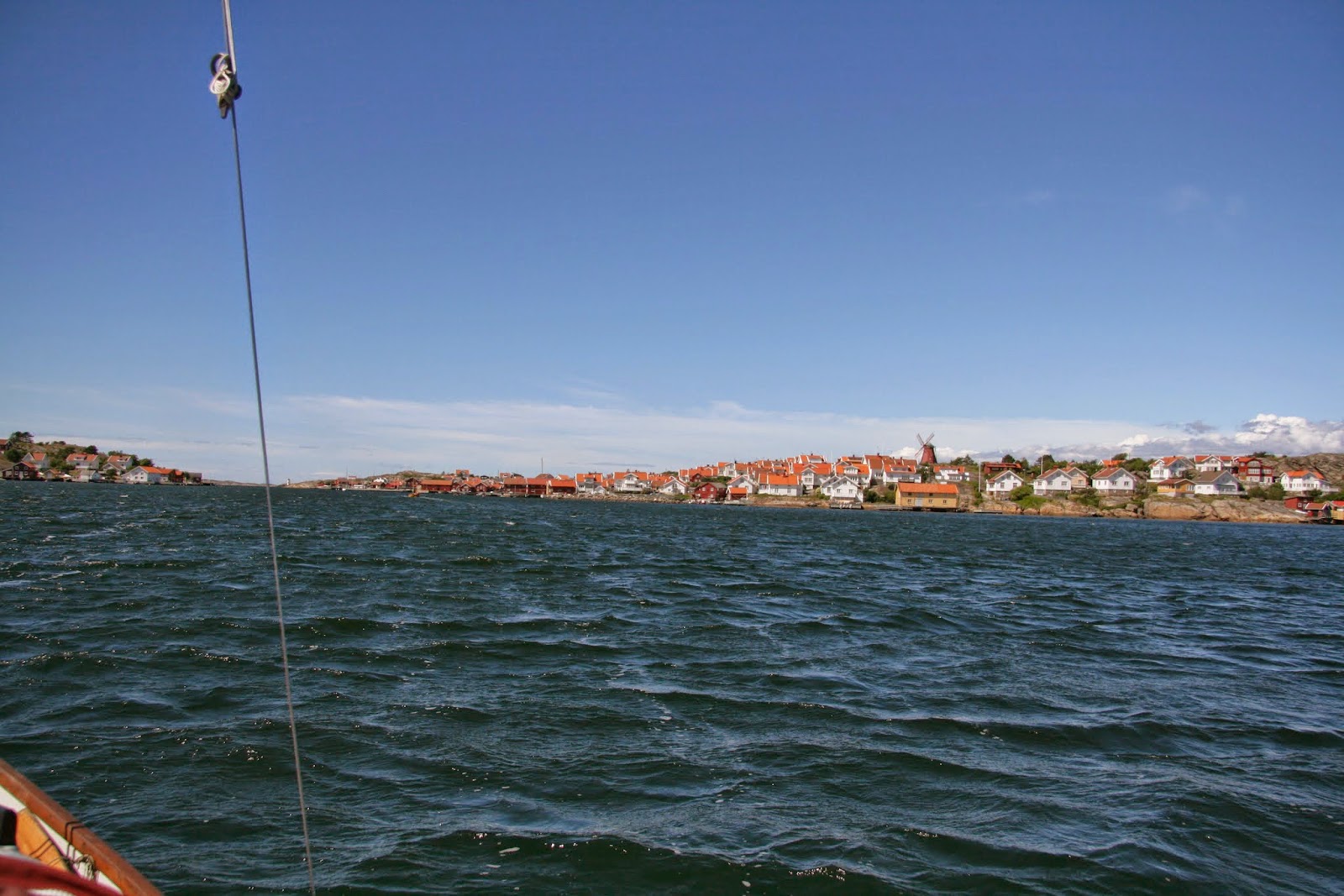