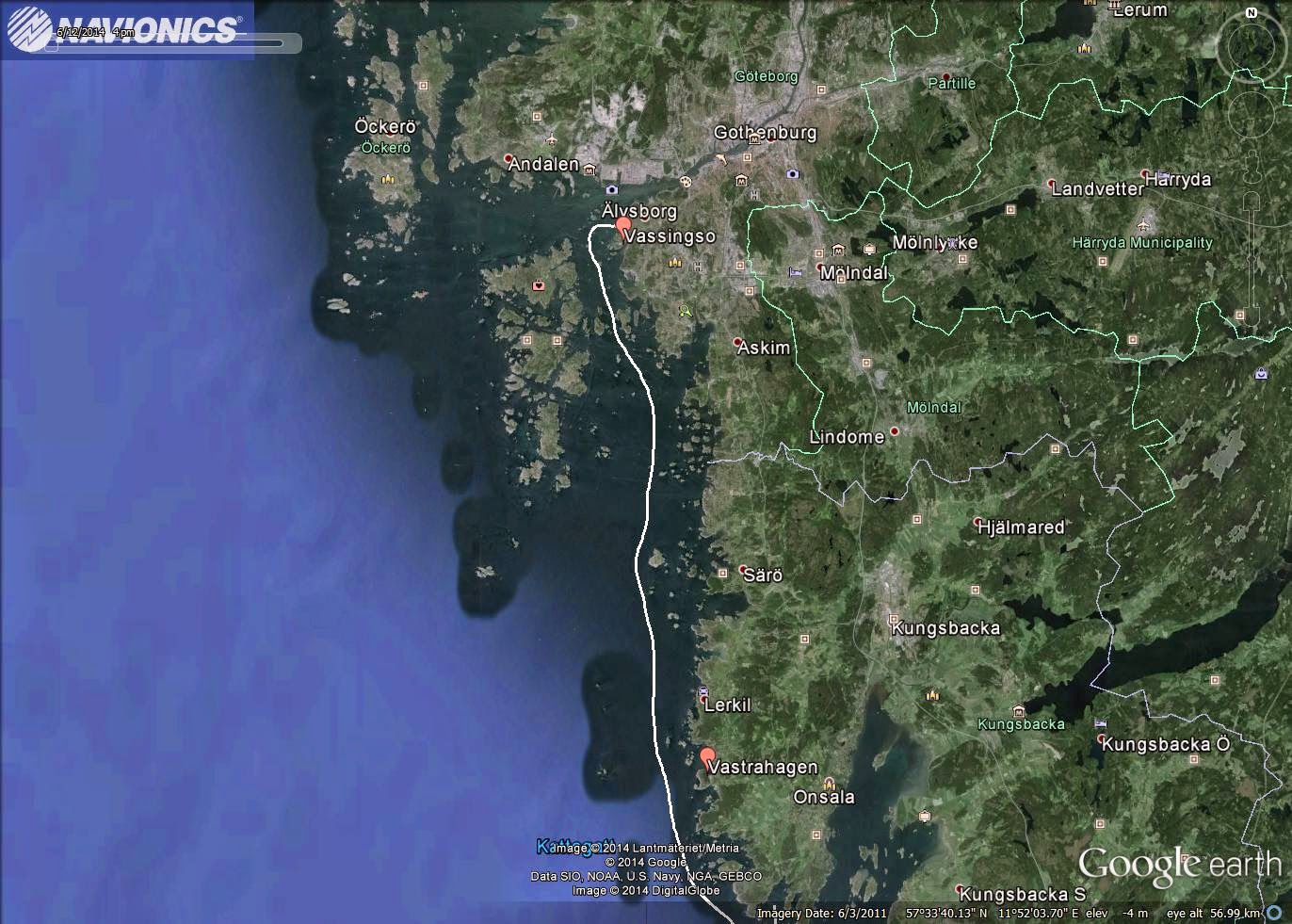 Awoke to a fine morning with a slight mist across the fjord and took some atmospheric shots of Appuski too and the fjord. I breakfasted and got the boat ready for sea and seeing that Tra Bhui was making ready and damson had already left I decided to leave for Gotthenburg.at about 0700 hours. there was little wind and so motored into the light NW wind.
At 07:55 hours I passed on the port side Hallands Svatsker light and continued on a northerly course. Tra Bhui was some way ahead and so I was sailing alone in this increasingly Swedish scenery of flat ice weathered rocks. At 09:15 hours passed Kungen island with seals sleeping in the morning sunshine. Also saw Eider duck, Canada geese with goslings, Cormorants and shags.
I was taking the inshore route to Gothenburg through Askimsfjord leaving large islands to port. It was still possible to see the main channel into Gothenburg with a number of larger cargo ships and passenger ships. In the inshore passage there was no traffic at all. There were occasional buoys but in the main I referred to the chart on my Navionics tablet app to find the best route through the increasingly dense pack of rocky islands. There always seemed to be an adequate of depth of water underneath the keel.
Arrived at the Royal Gothenburg Yacht Club at 12:15hours  and moored up bow to with the help of Ian from Damson. Scandinavian marina pontoons are not well equipped with places to attach mooring ropes. There is not a single cleat in the whole of the marina let alone a few mooring rings. The main method seems to be to tie your lines around the wooden structure of the pontoon walkways. The facilities were good with excellent communal showers and sauna. There were no cubicles and reminded of either public school or a rugby club.
Shops were a short distance away and one stop on the tramway. I decided not to go into Gothenburg but spent time walking along the sea front and admiring the expensive houses and the waterside bars and restaurants. 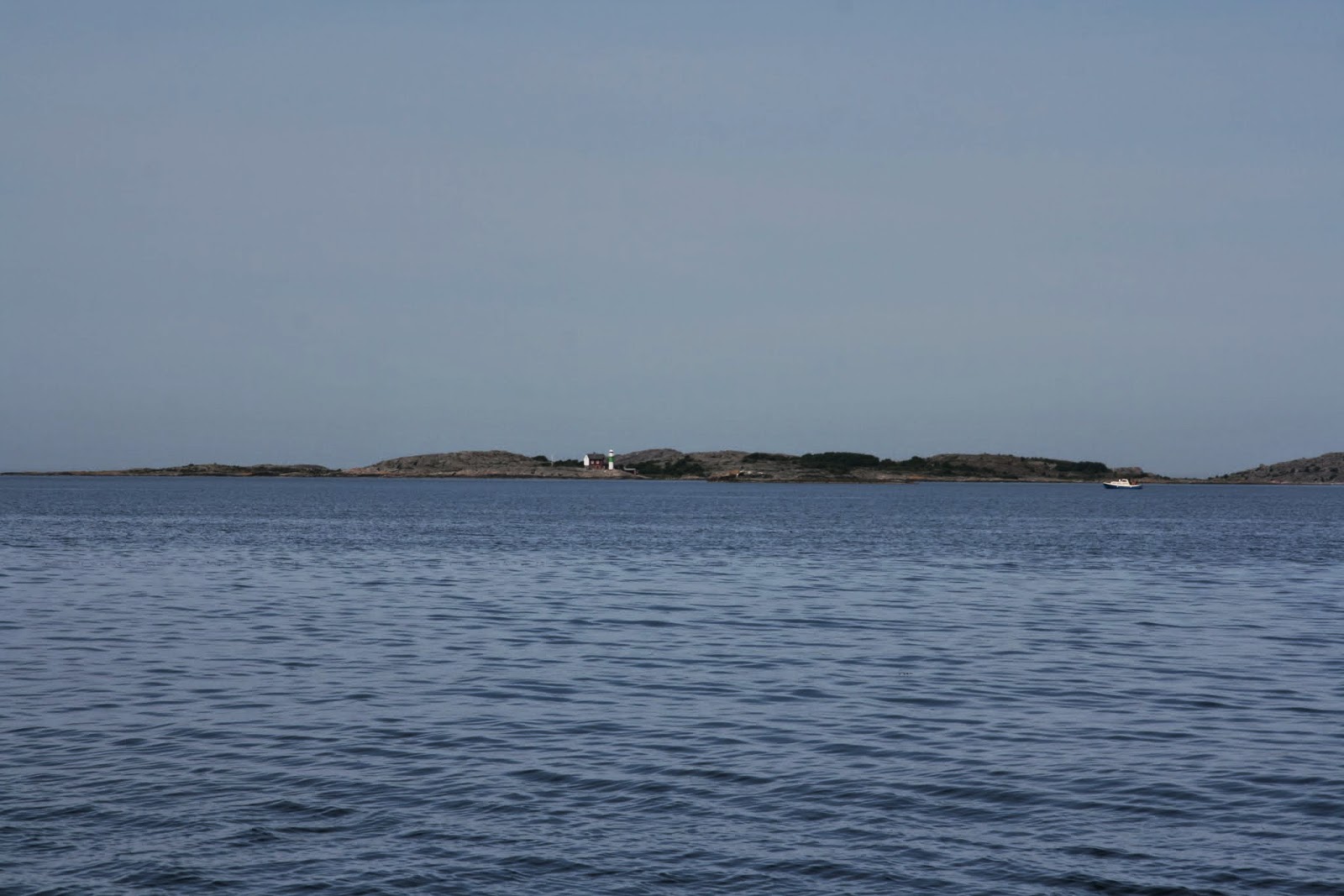 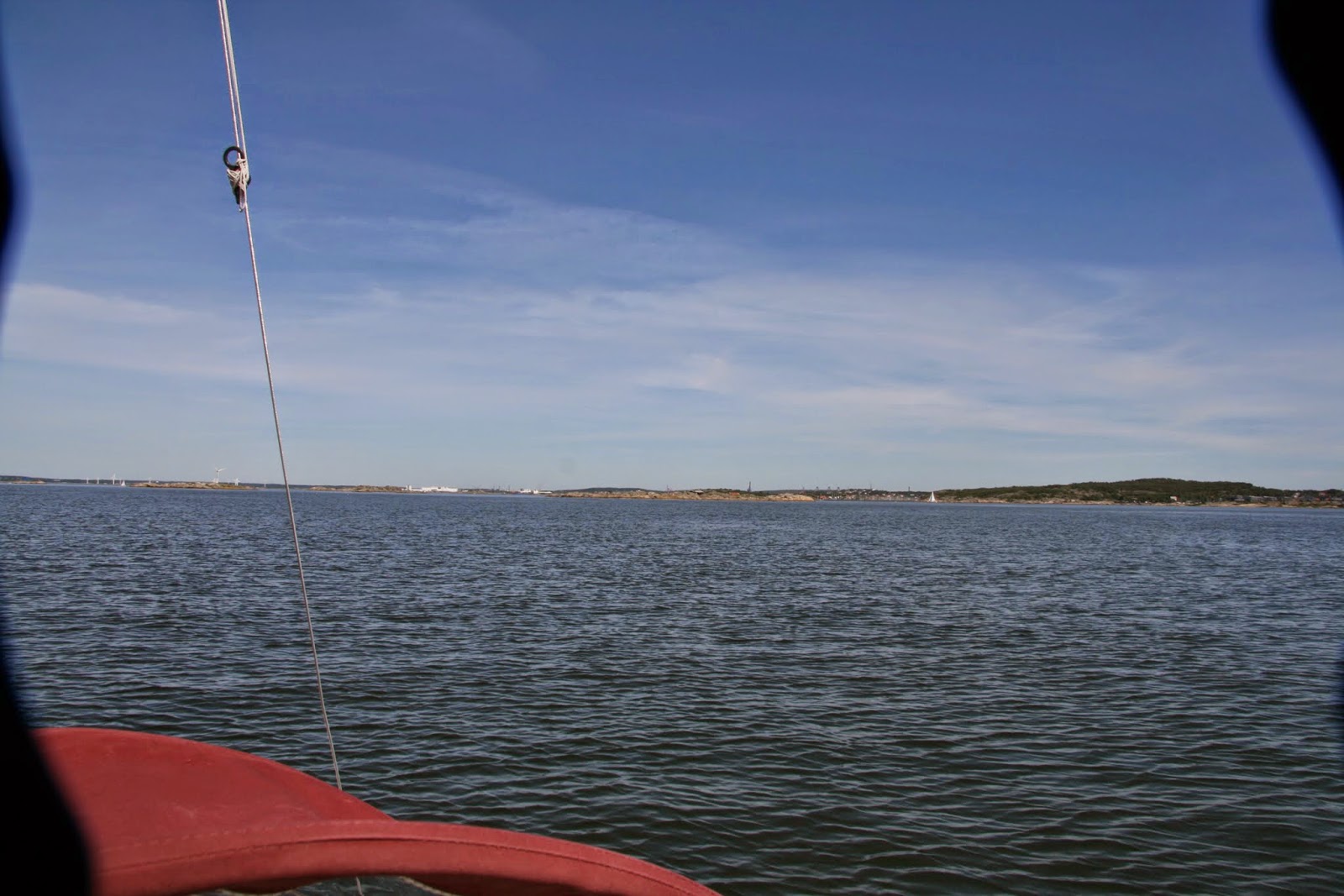 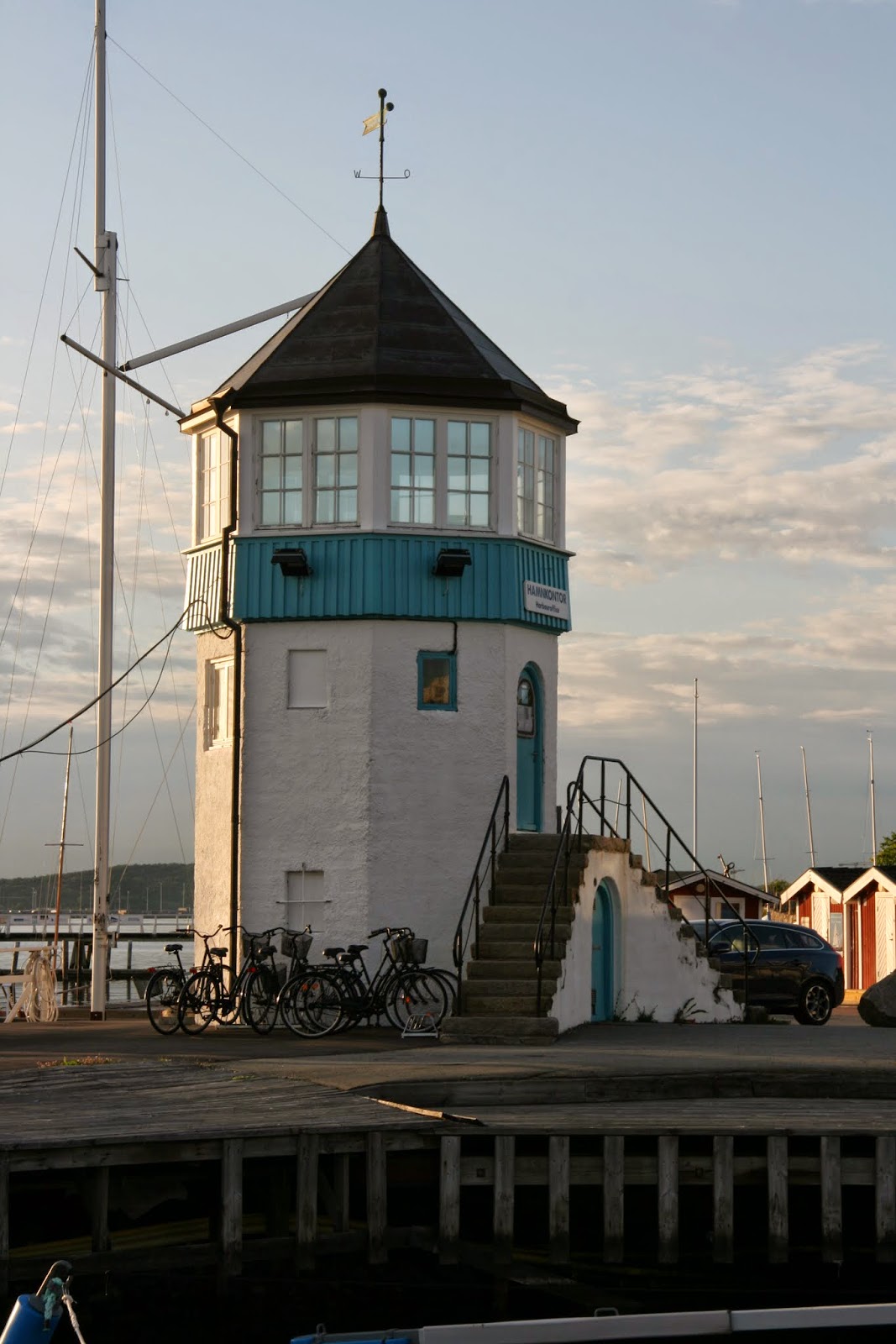 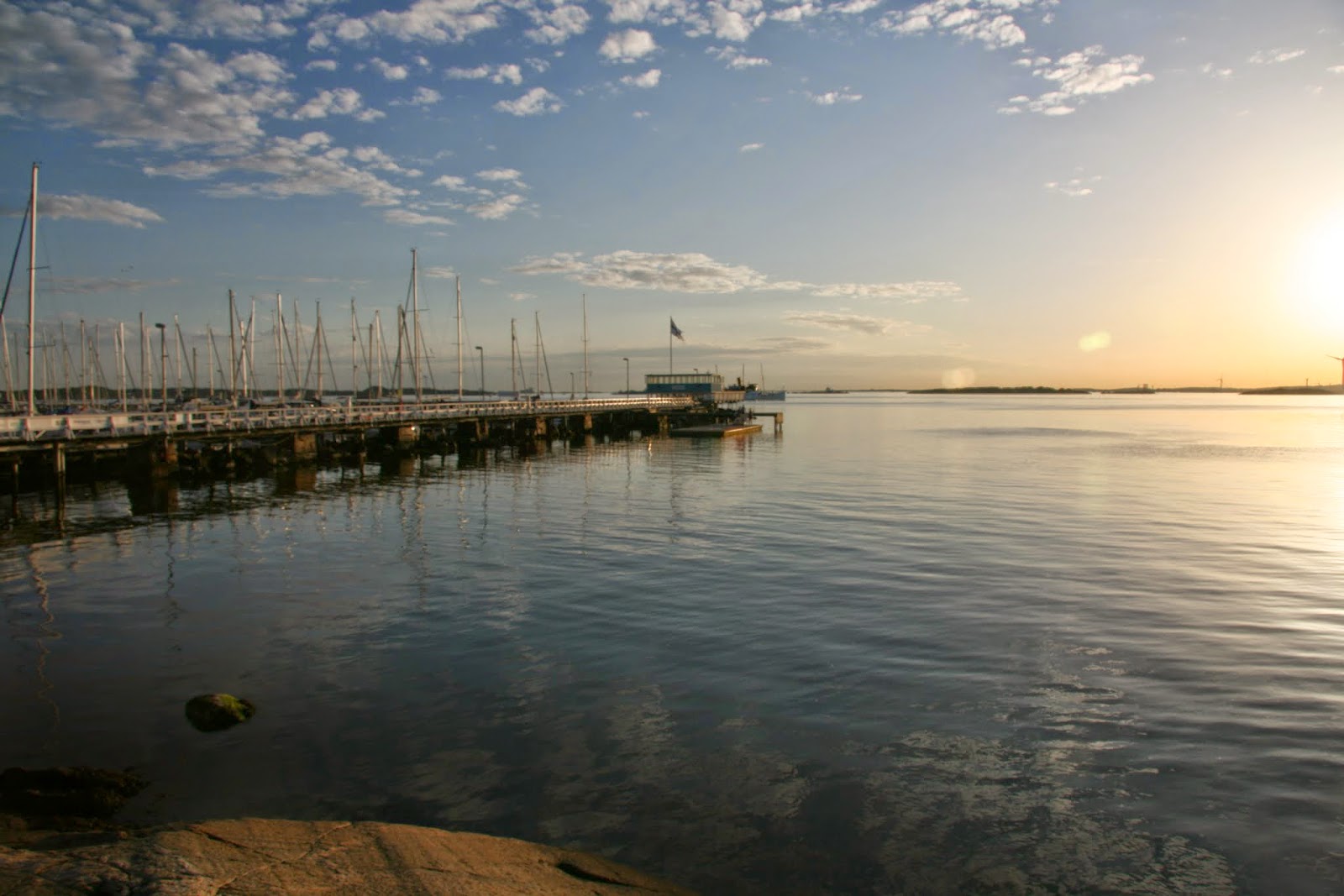 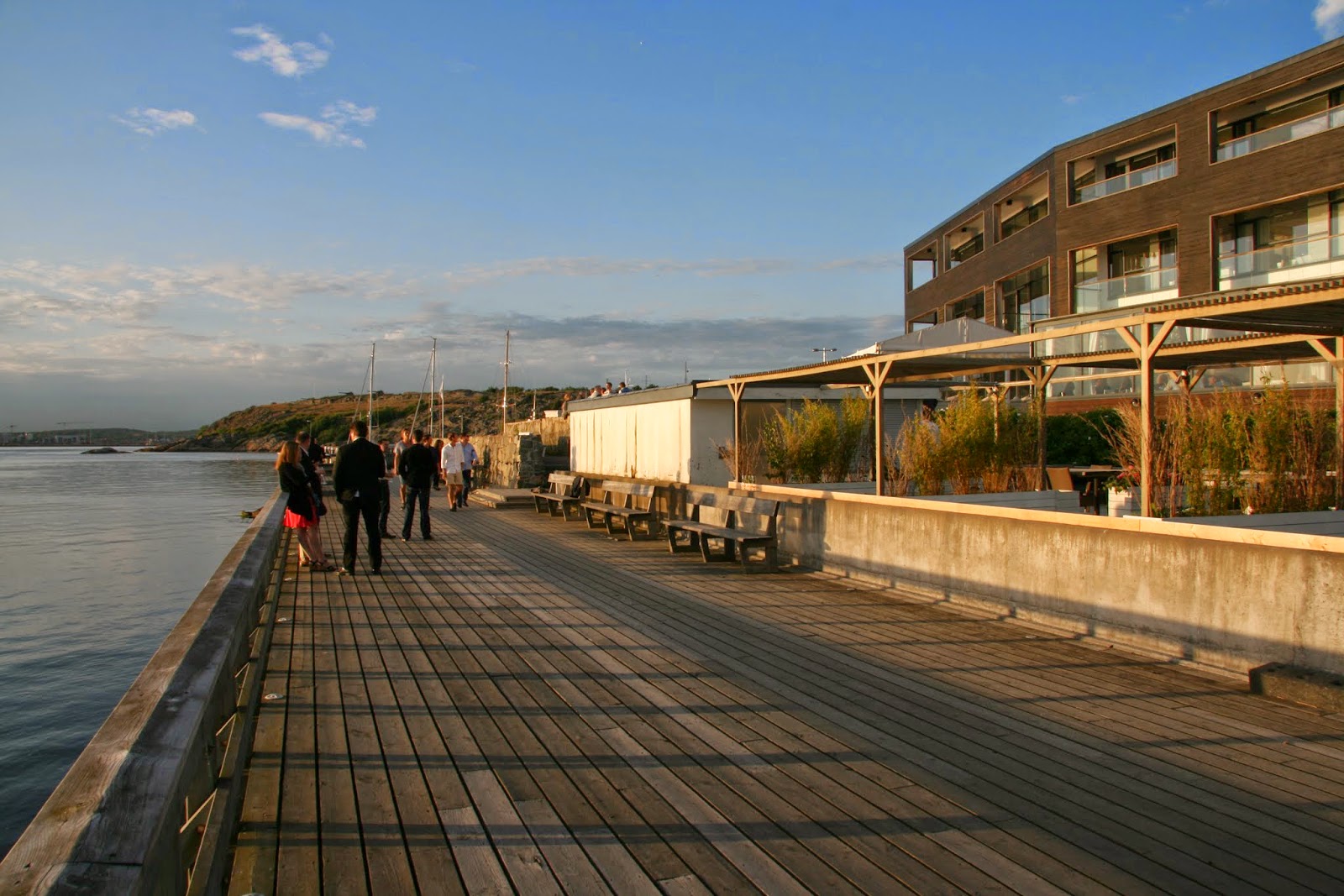 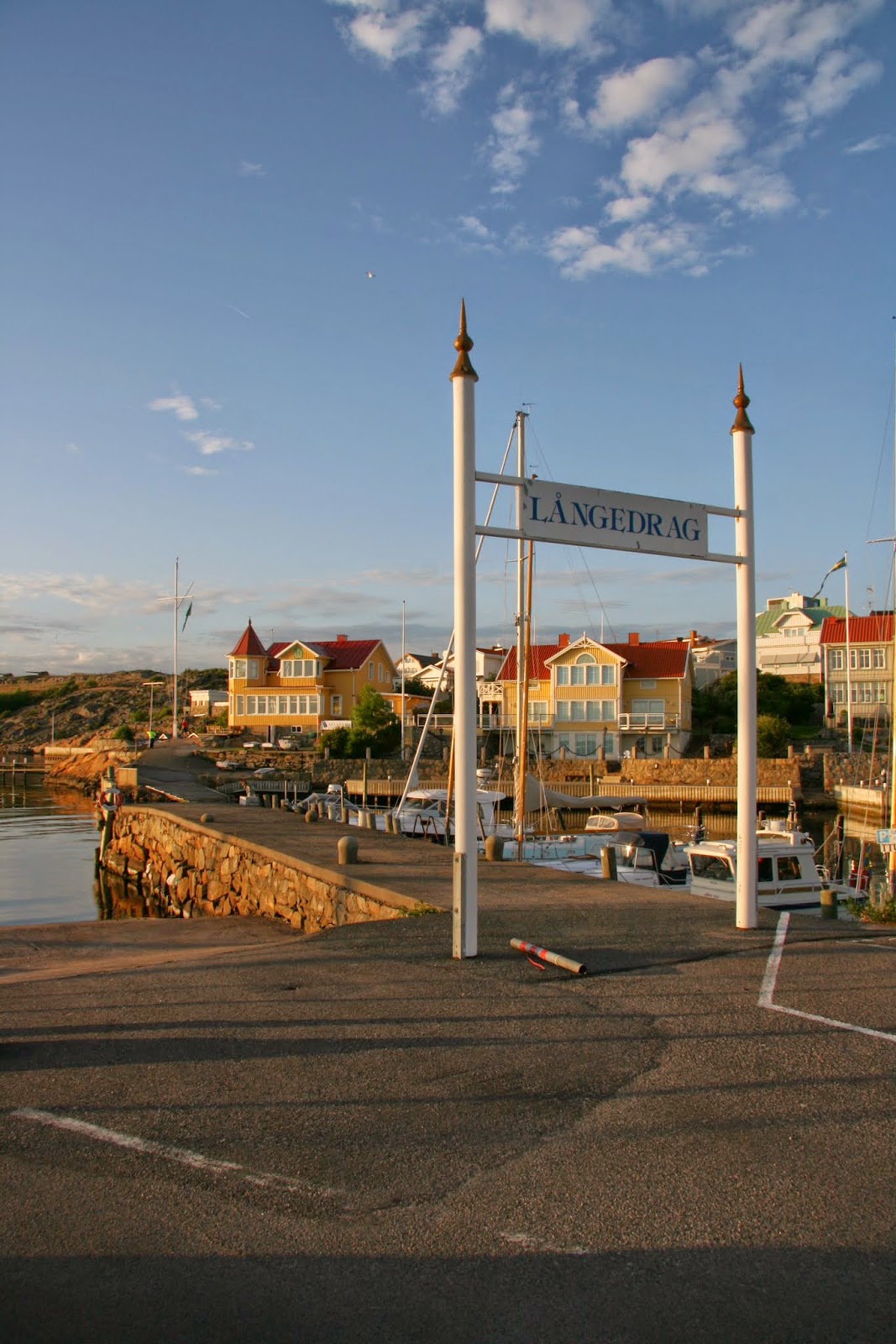 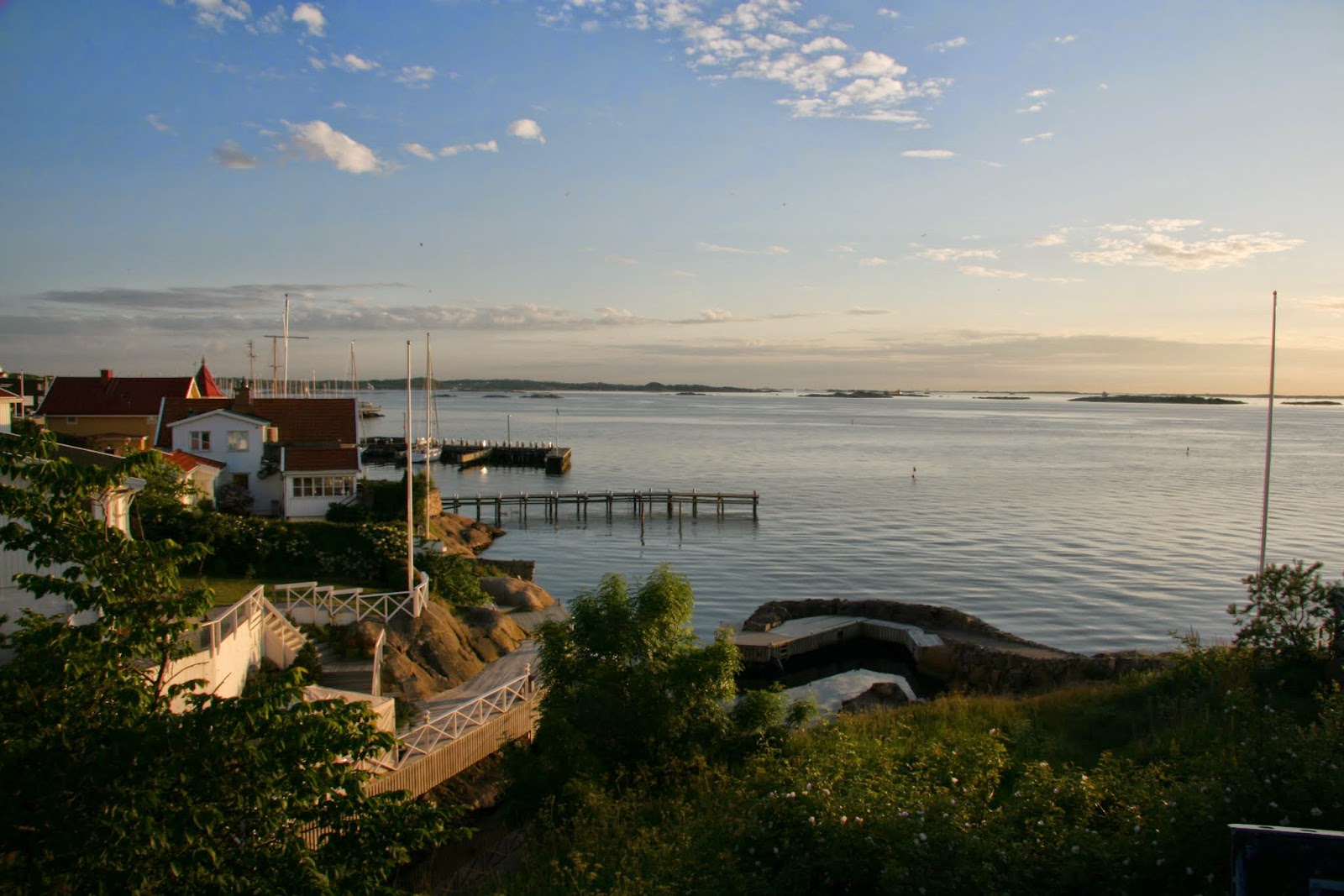