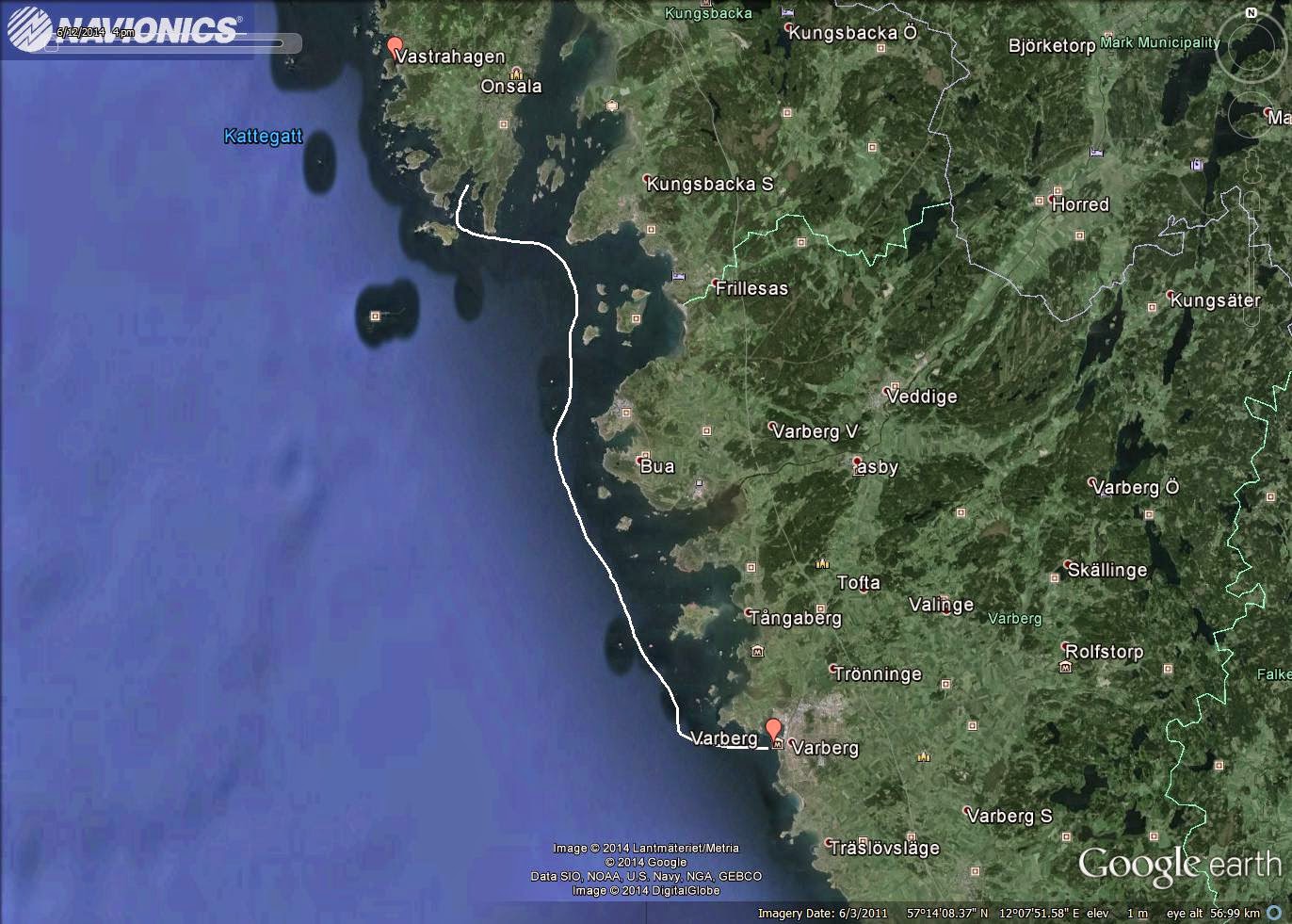 In the afternoon I sailed northwards by tacking within sight of a large nuclear power station Ringhals which again took a longer than I expected to sail past.

At 18:30 hours I again started the engine to make some progress against increasing NW wind. I motored the final 6 miles Vassingso anchorage. where I met the rest of the fleet at 19:30 hours. I was grateful for a hot meal cooked by the crew of Windroos.

Later in the evening the raft of boats split up and we anchored separately in the Fjord for a quiet night at anchorage. I watched a colourful sunset and quickly retreated into the cabin when the mosquitoes came out to bite. 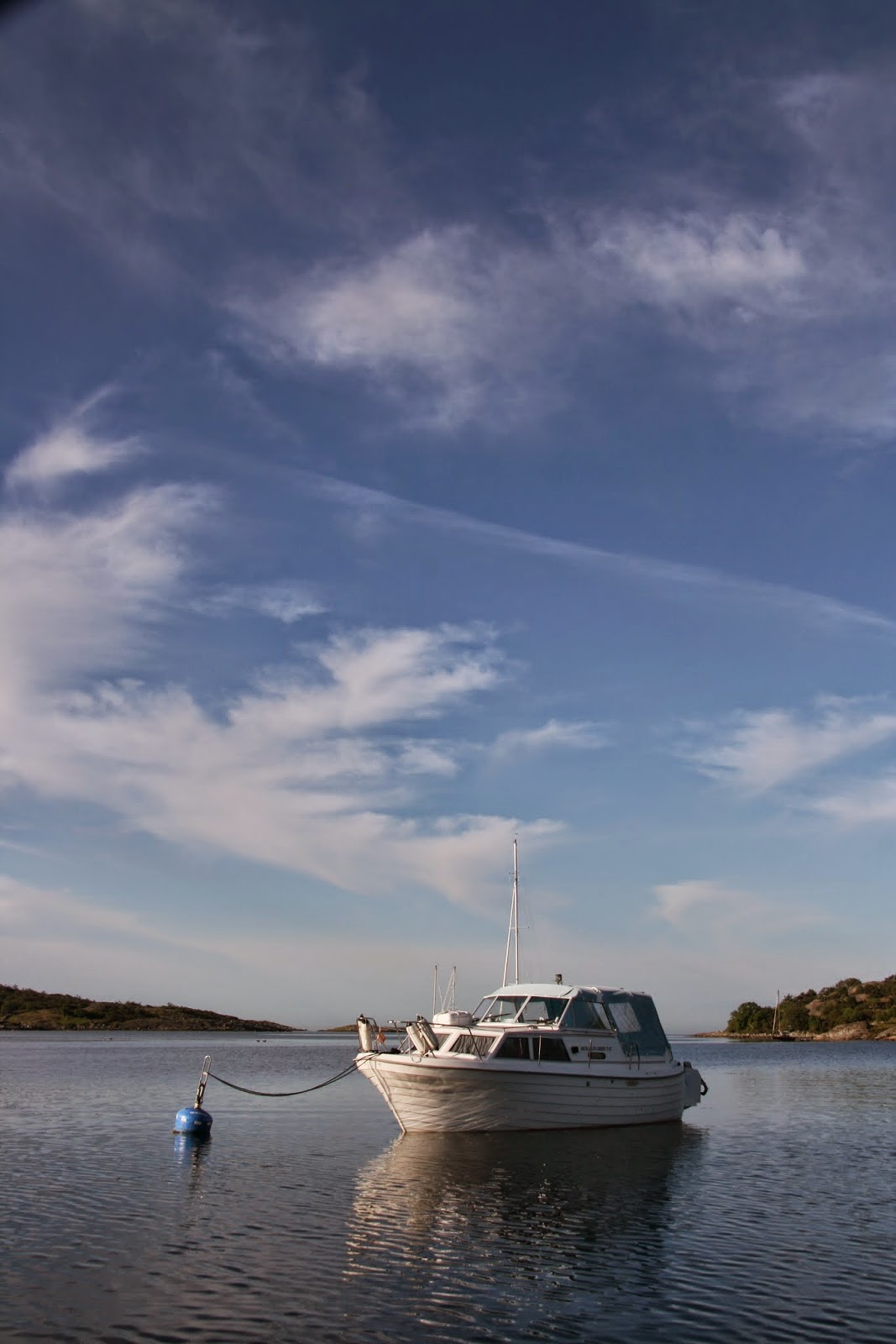