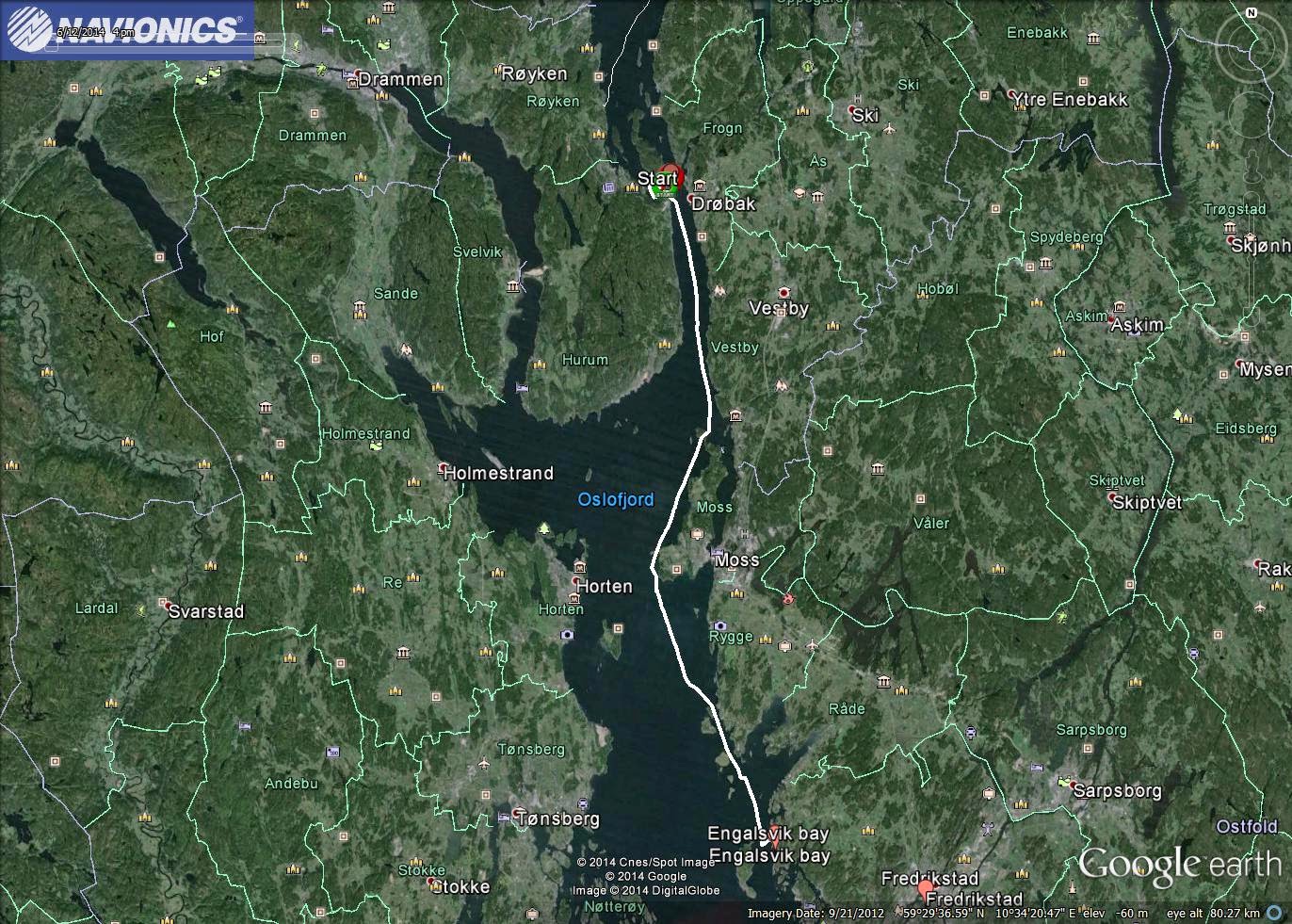 Left Engalvisk Bay at about 10:00 hours and headed north taking the inside passage behind the Sletter islands. The wind died away completely and it became apparent watching buoys that we were sailing into about a 2 knot southbound tide. 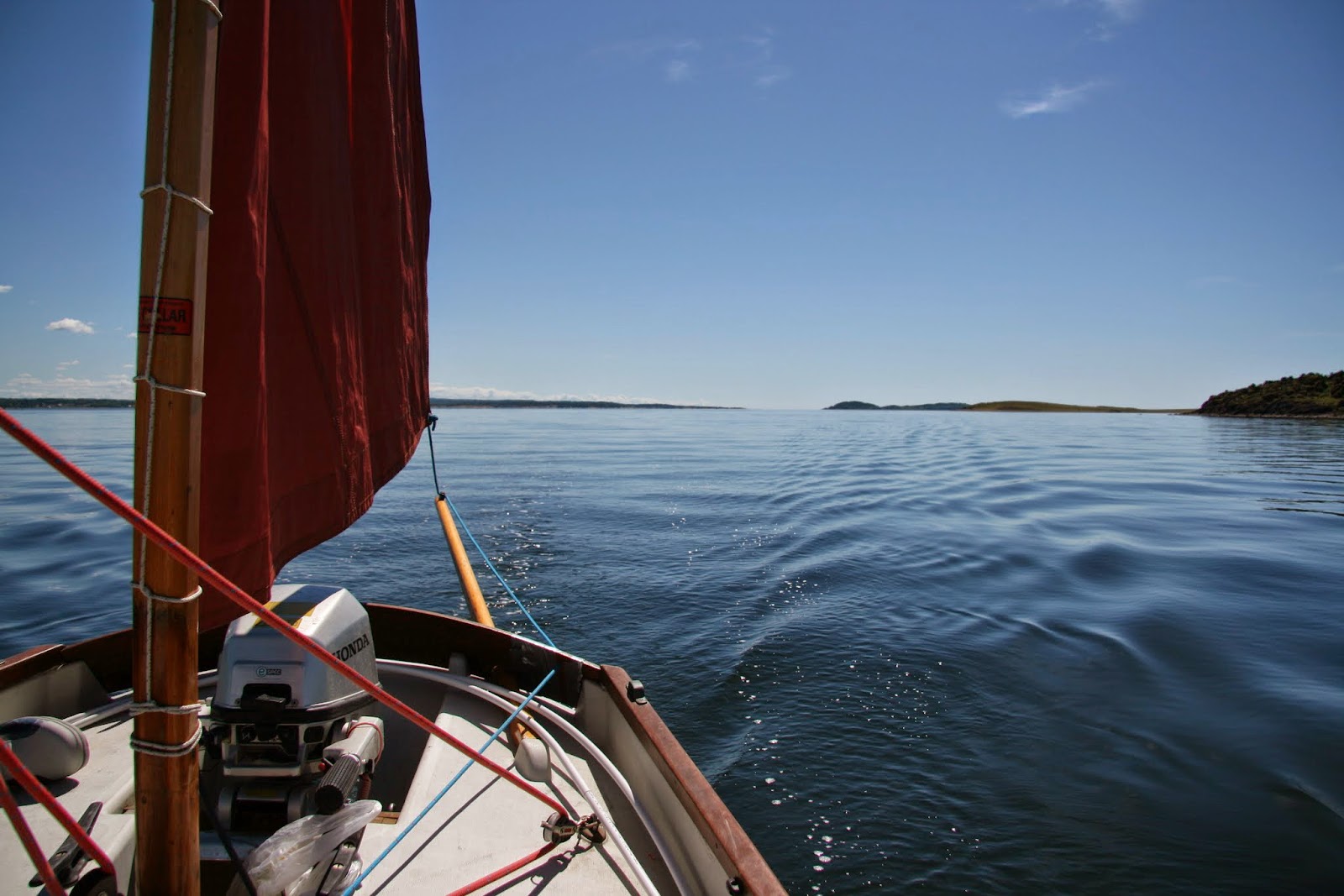 Off Ulkekrabben I suddenly spotted a dolphin. He showed him self a couple of times but showed no interest in the boat. He was spotted by several other crews. The fleet was becoming very strung out and I was sailing practically alone. The weather was fine, hot and sunny. The weather  must have been fine as the Norwegian Air Force were flying their F16 fighters in the clear blue skies.  I motored slowly on tickover towards the island of Jeloya which was about 5 nm away. It was becoming apparent that we were entering the the outer approaches of Oslo Fjord. There was a car ferry from Moss to the western side of the fjord. It was a busy and frequent service with at least four ferries visible shuttling backwards and forwards across the fjord. 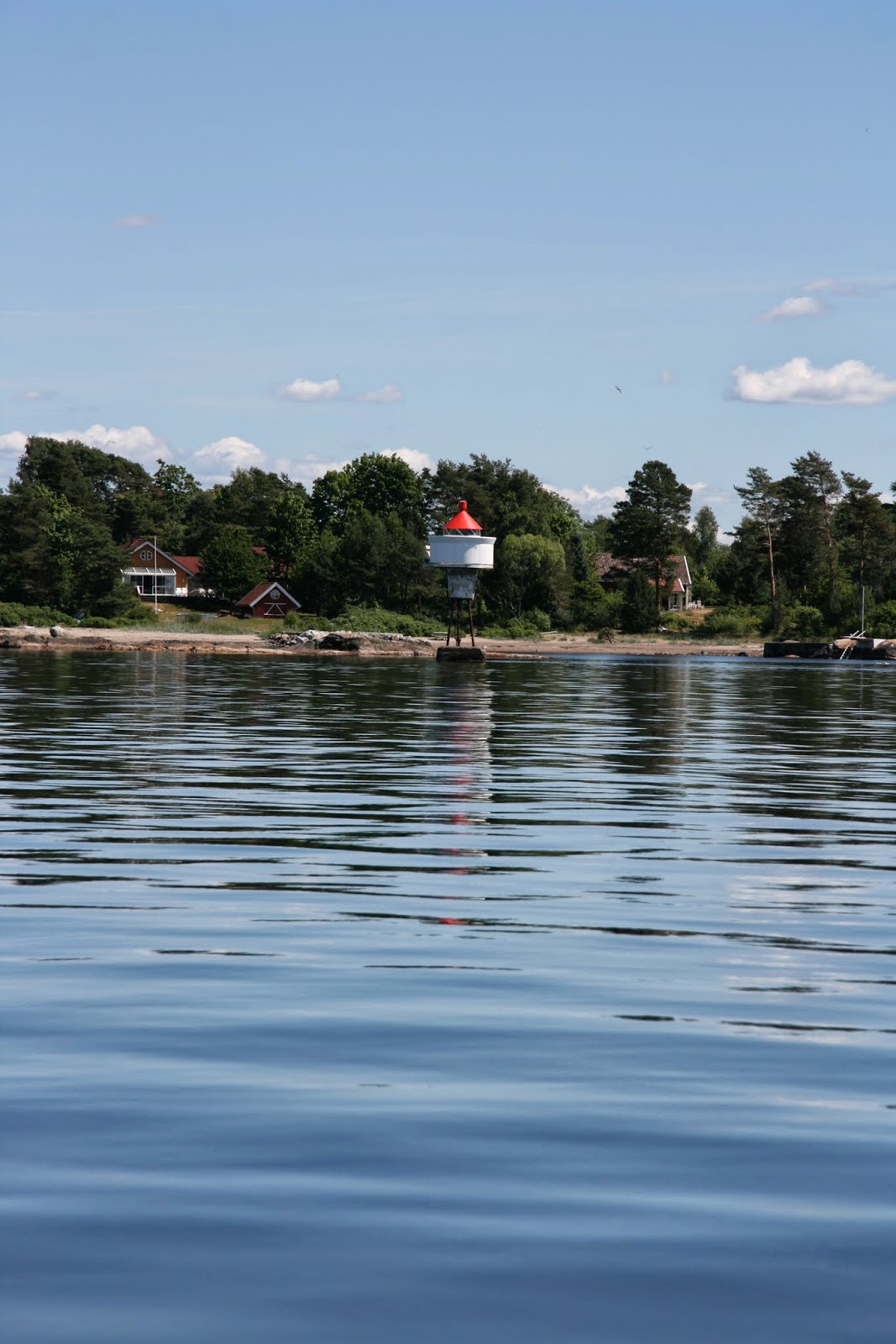 I could see that wind conditions were going to change with approaching catspaws on the surface of the sea indicating an approaching southerly wind. This was a sea breeze being created by the heating up of the land over the northern land mass of Norway.. Soon we were sailing along at a decent speed and the sea state was being stirred up by the wind. I kept Jeloya to my starboard and I had to take avoiding action when I passed through the track of the ferries who seemed to uninterested in giving way to small sailing craft.
I passed inshore of an outlying island of Jeloya called Ostre Sullholmbaen. The fjord was becoming busier with shipping with larger ferries from Color line and Stena. I was now sailing with Jack O'Keefe in Tyboat up the western side of Jeloya. We took a  small passage on the northern tip of the island with the outlying island of BevØya. The passage was about 250 feet wide.
Turned to the north with the southerly wind and goose winged the sails and using a pole to keep the foresail stable. The wind strengthened and the sea state became more lumpy. We were now in Oslo fjord proper and the landscape had changed with the sides of the fjord becoming steeper and higher. They were heavily wooded with houses quite densely covering the hill sides. The wind was now propelling me along at 5 to 6 knots. I was concerned about broaching and so I reduced sail by furling the jib a little bit. As a result I slowed down and I lost site of the other boats in the fleet. 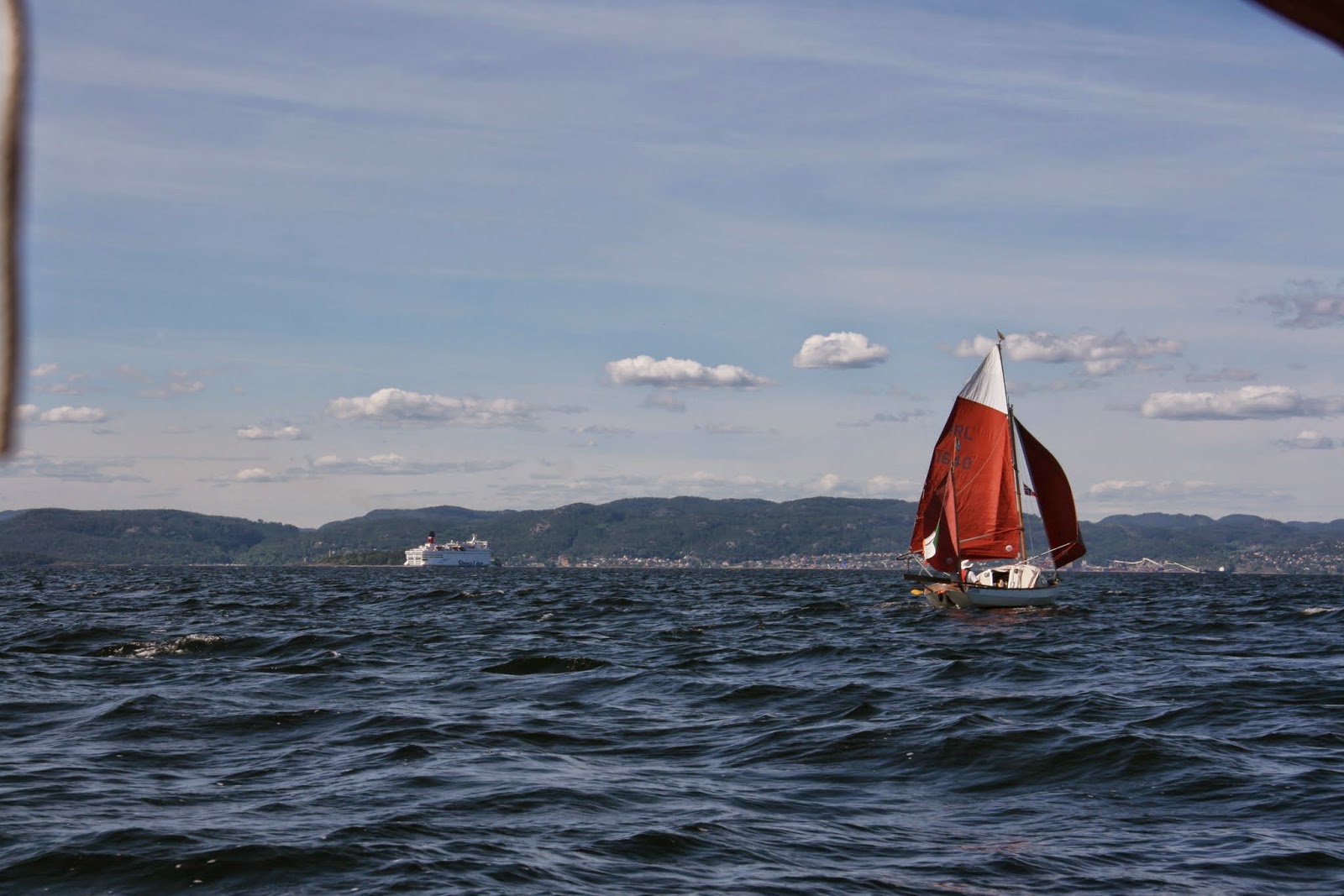 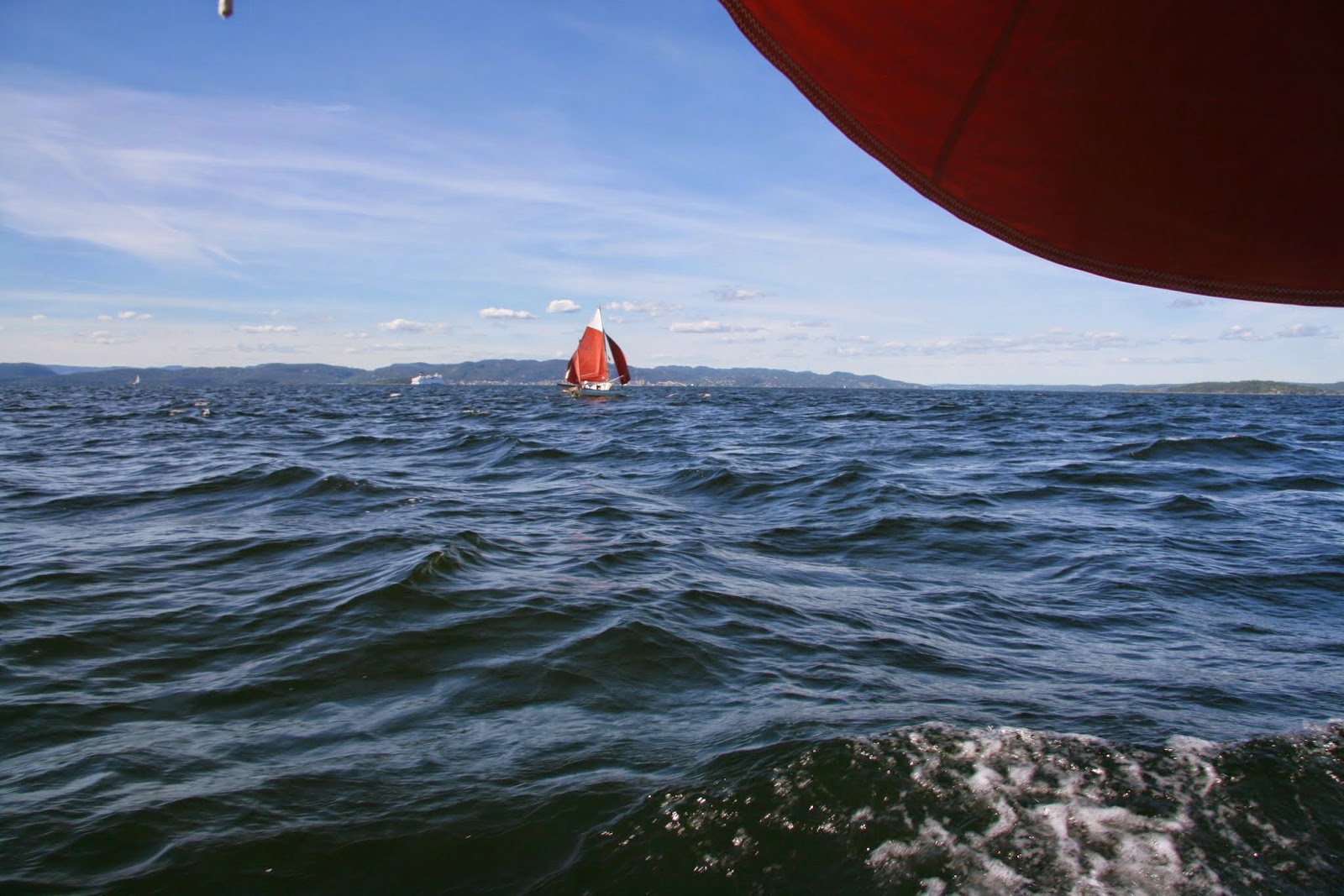 Approached the area of Drøbak where the fjord narrows with the island Of Oscarsborg in the middle and a branch going of to port around the island of Hăøya. The island of Oscarsborg is a heavily fortified island with port channel made shallow with a defensive underwater barrier. Entry is through a narrow marked channel. I got instructions by radio from Jack as to how to enter the channel. I made the passage easily and I found a fjord to the port and at the far end was a wooden jetty provided with picnic tables, Barbecue pits, rubbish disposal and earth closet toilets. All these facilities were provided free of charge presumably by the local Kommune.  It was a wonderful quiet spot with lots of wildlife including deer in the woodland.
Another fine days sailing with minimal use of the motor and the biggest daily mileage of the trip. 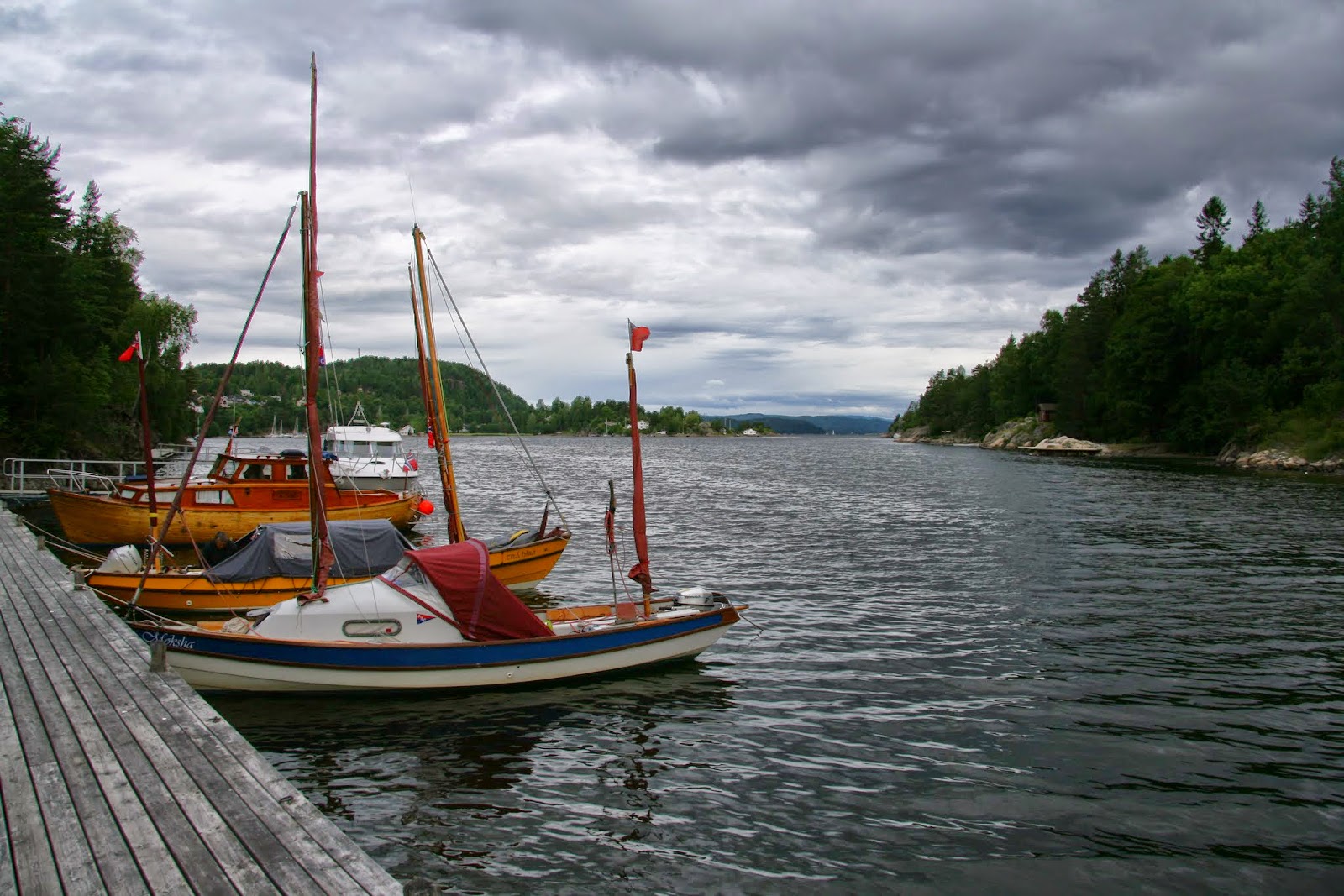 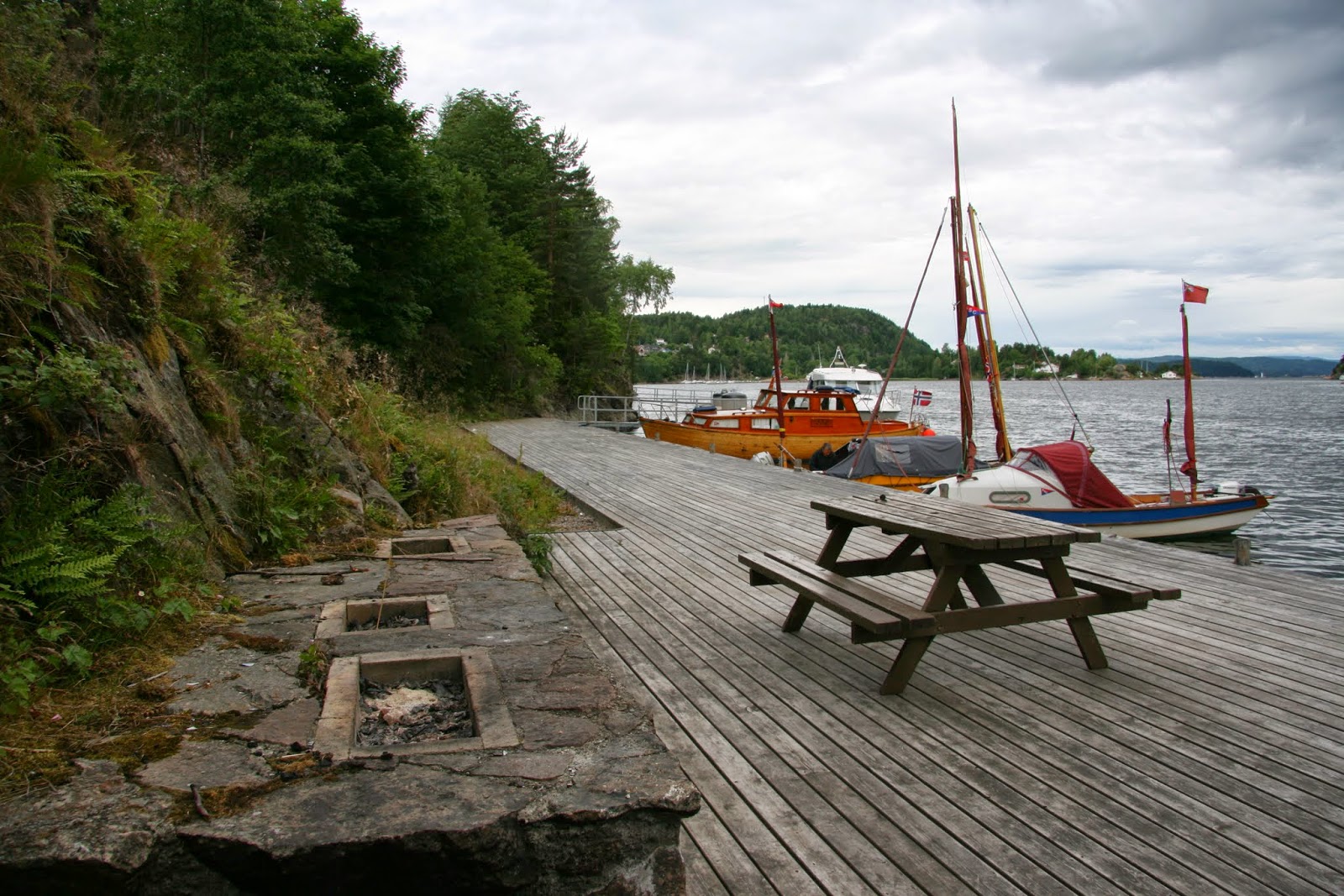 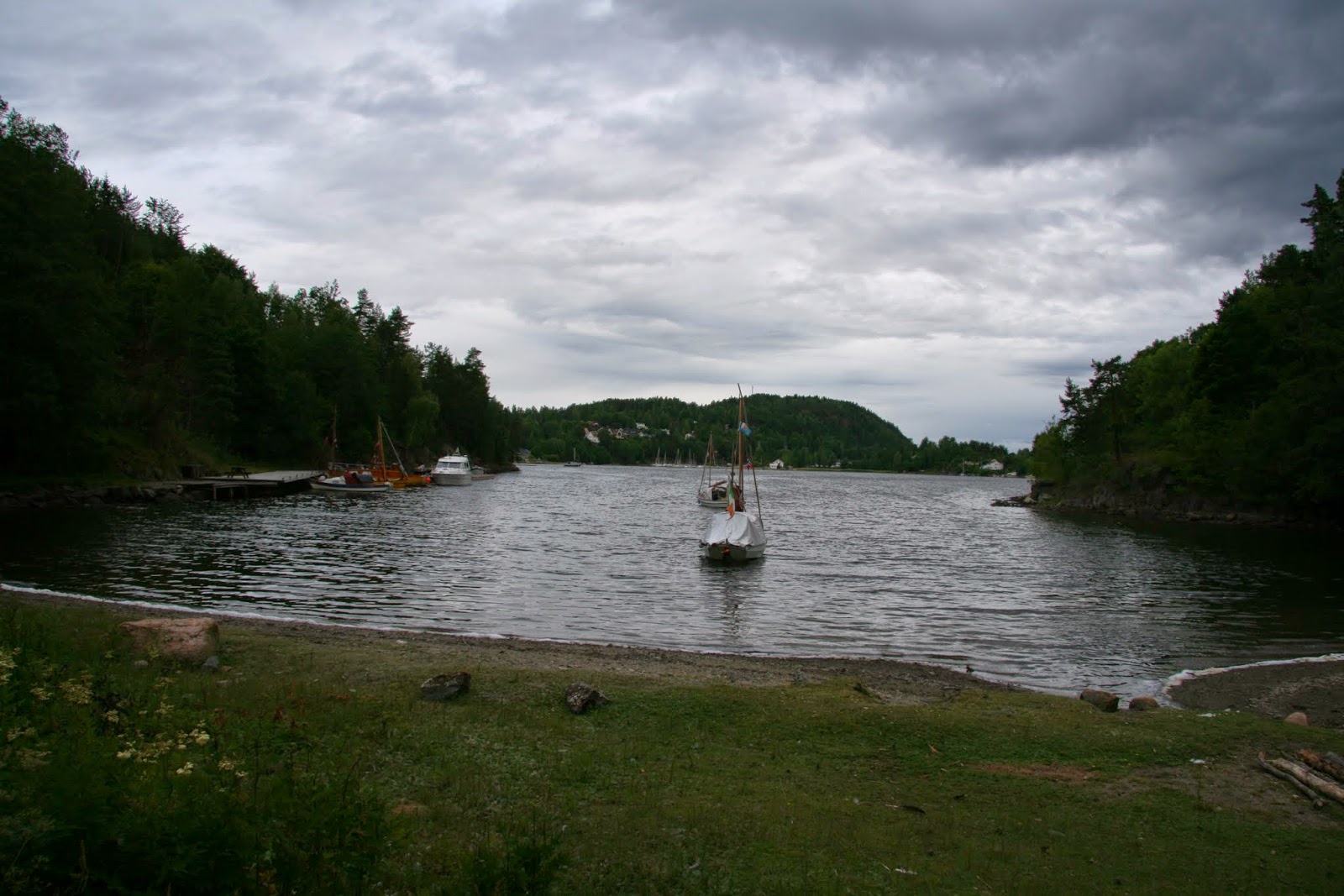 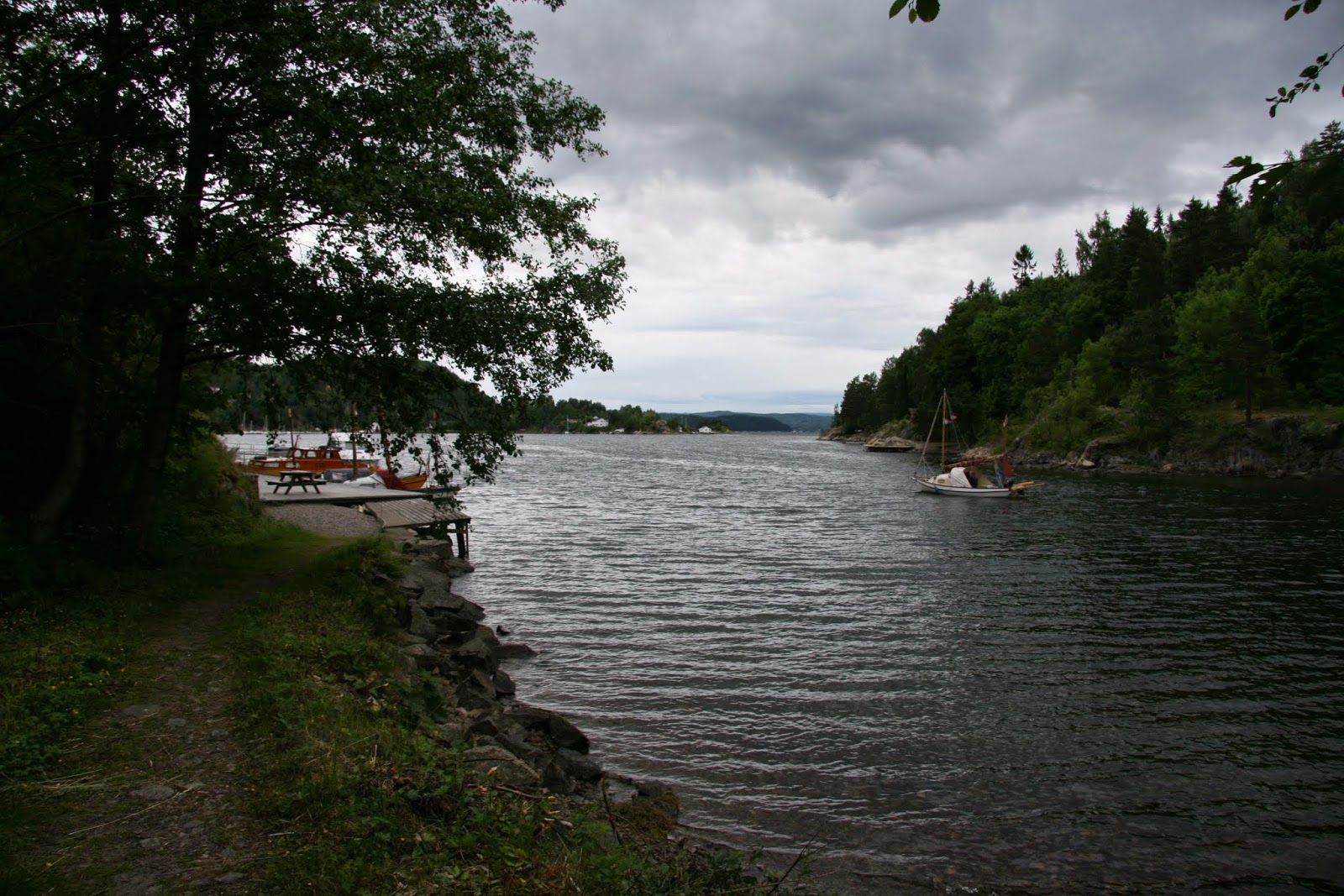 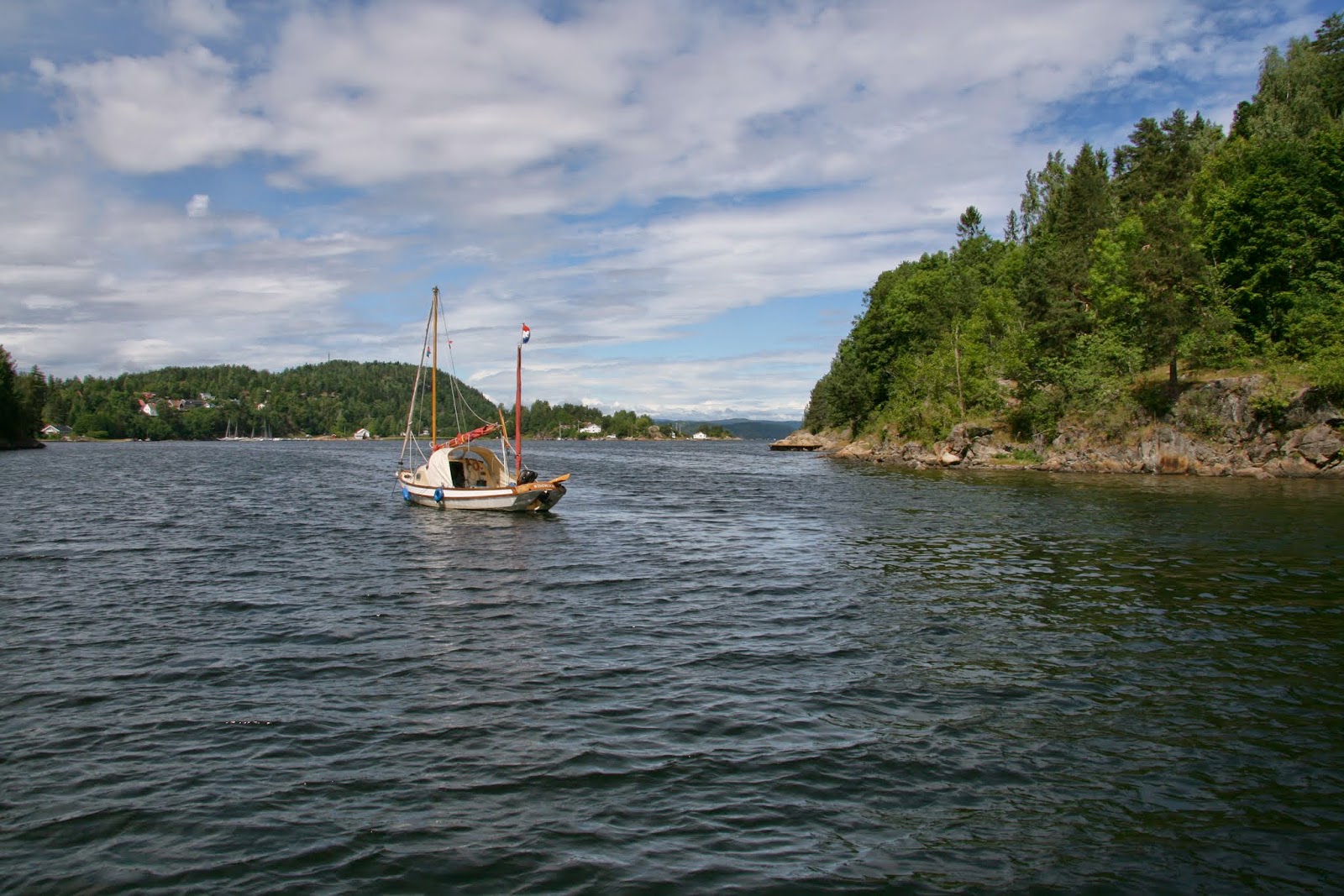 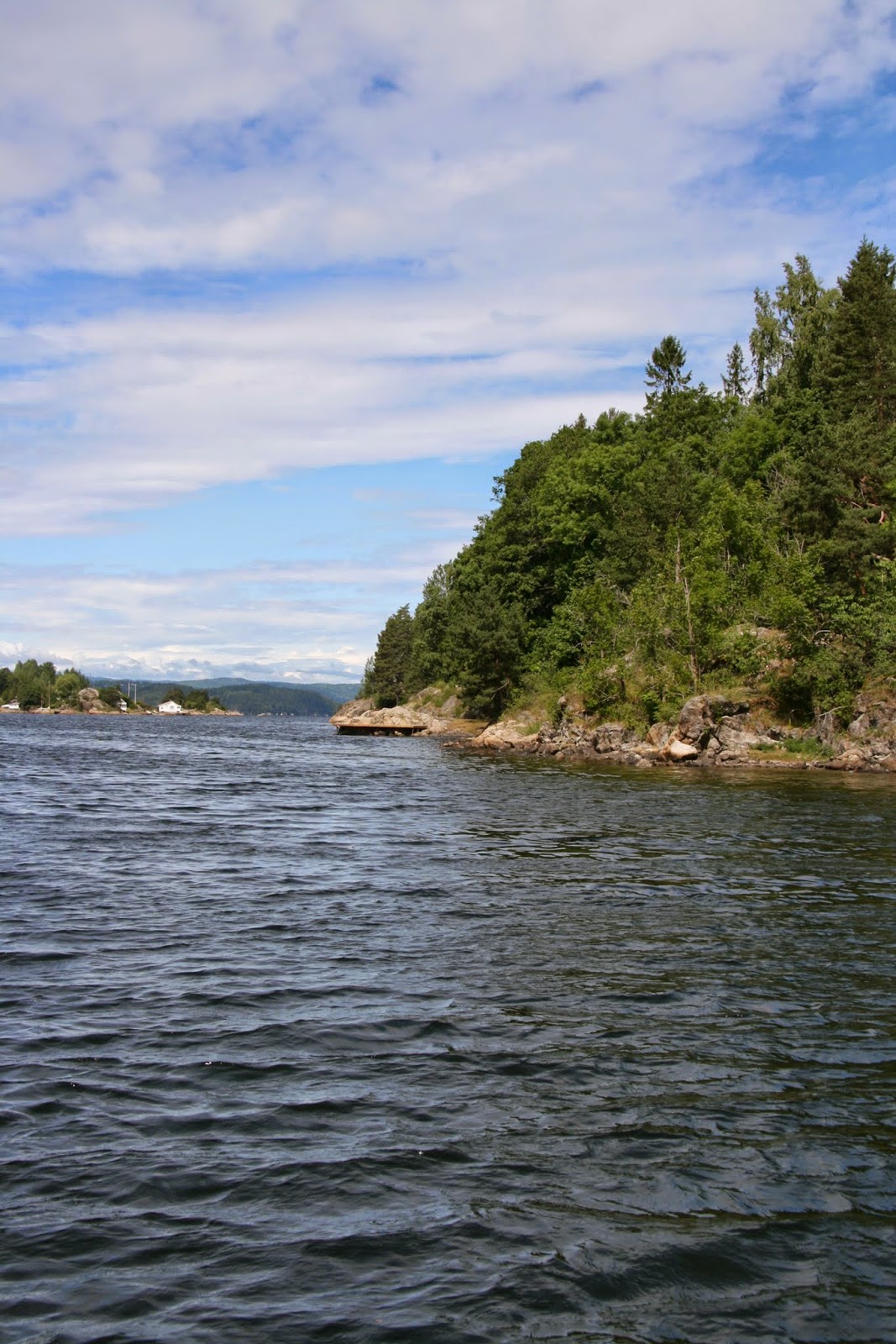 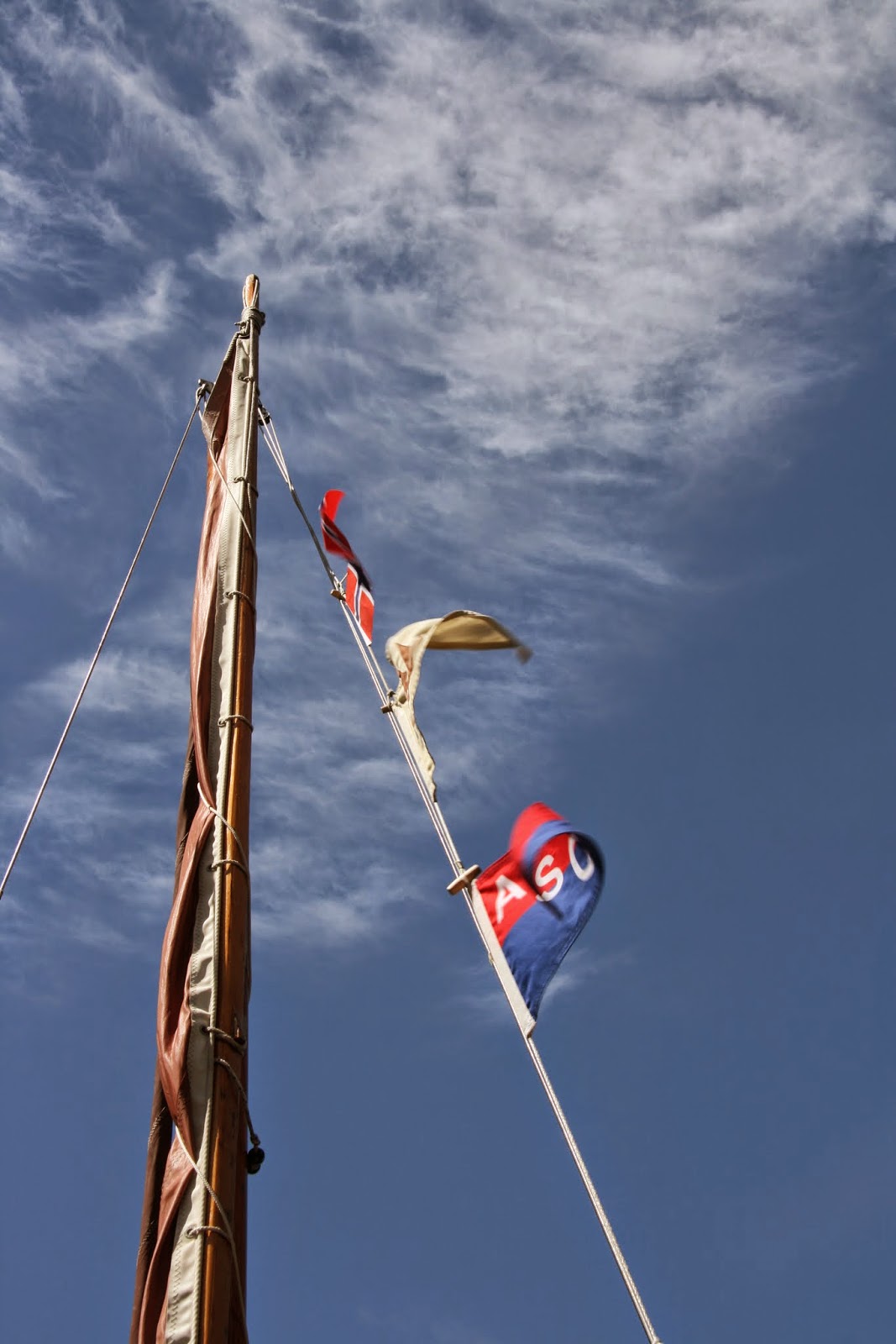