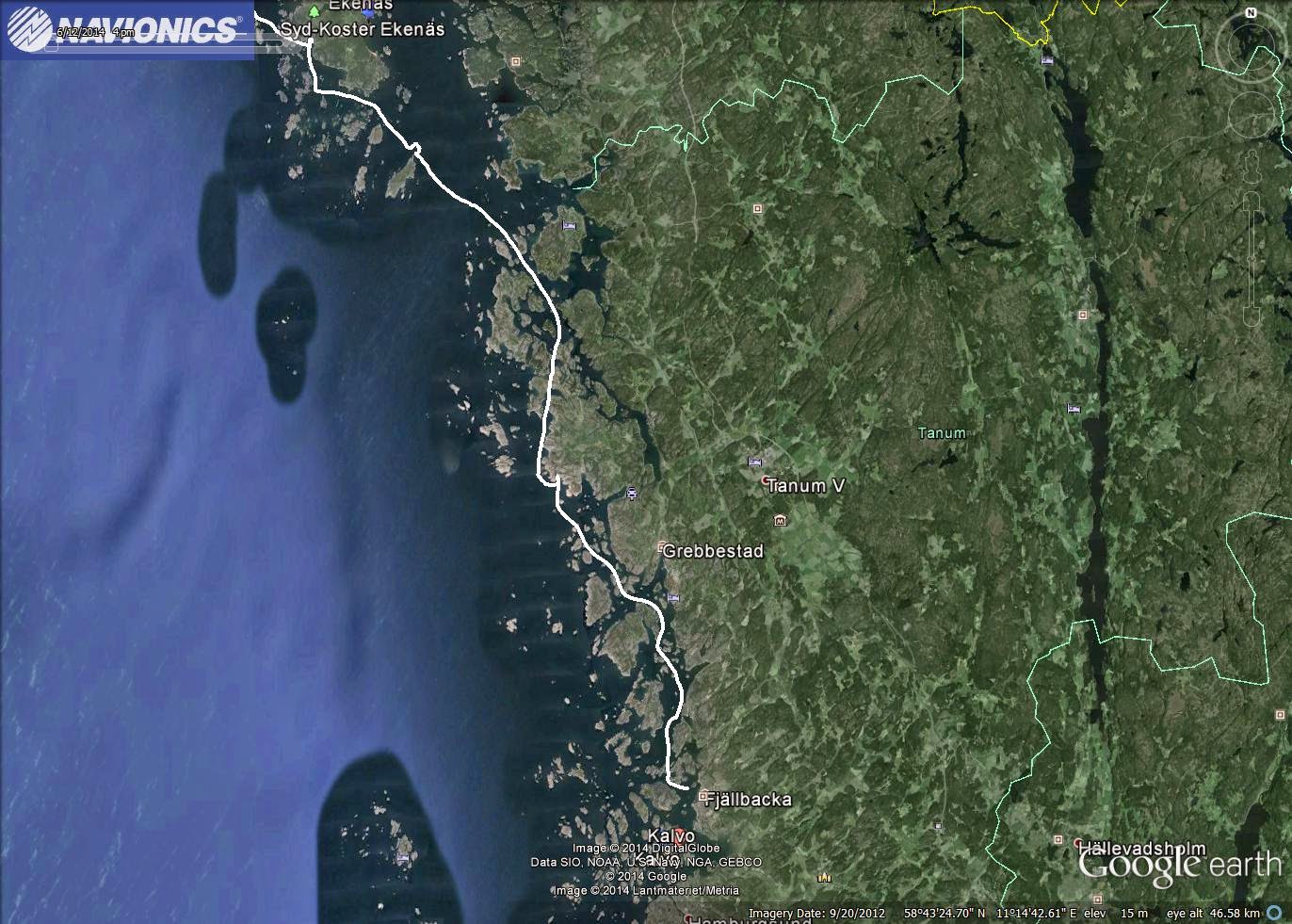 The wind on this day was directly in the North and the only feasible way of making any progress was to motor.  On this day we did not sail as a fleet as a group of boats decided to leave at 0700 hours. There were a number who were anxious to make progress in order to arrive at Oslo on the 20th in order to catch ferries and flights. Not all of us had the flexibility to not worry about time. A number had to think about returning to work.
I set off with Coaster "Windroos" and Gig "Hippo". The journey was in the main sheltered behind the islands and the occasional exposed section. 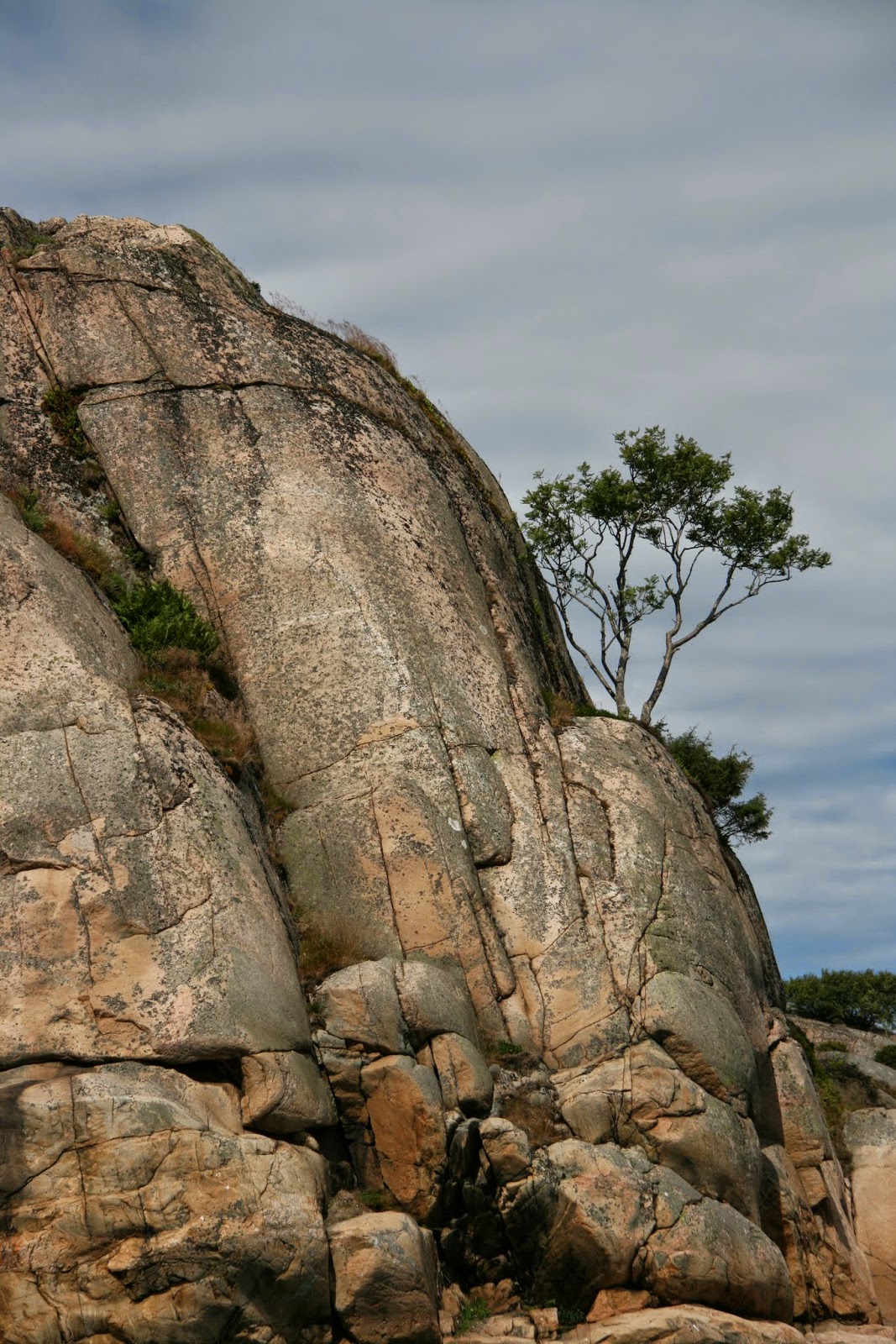 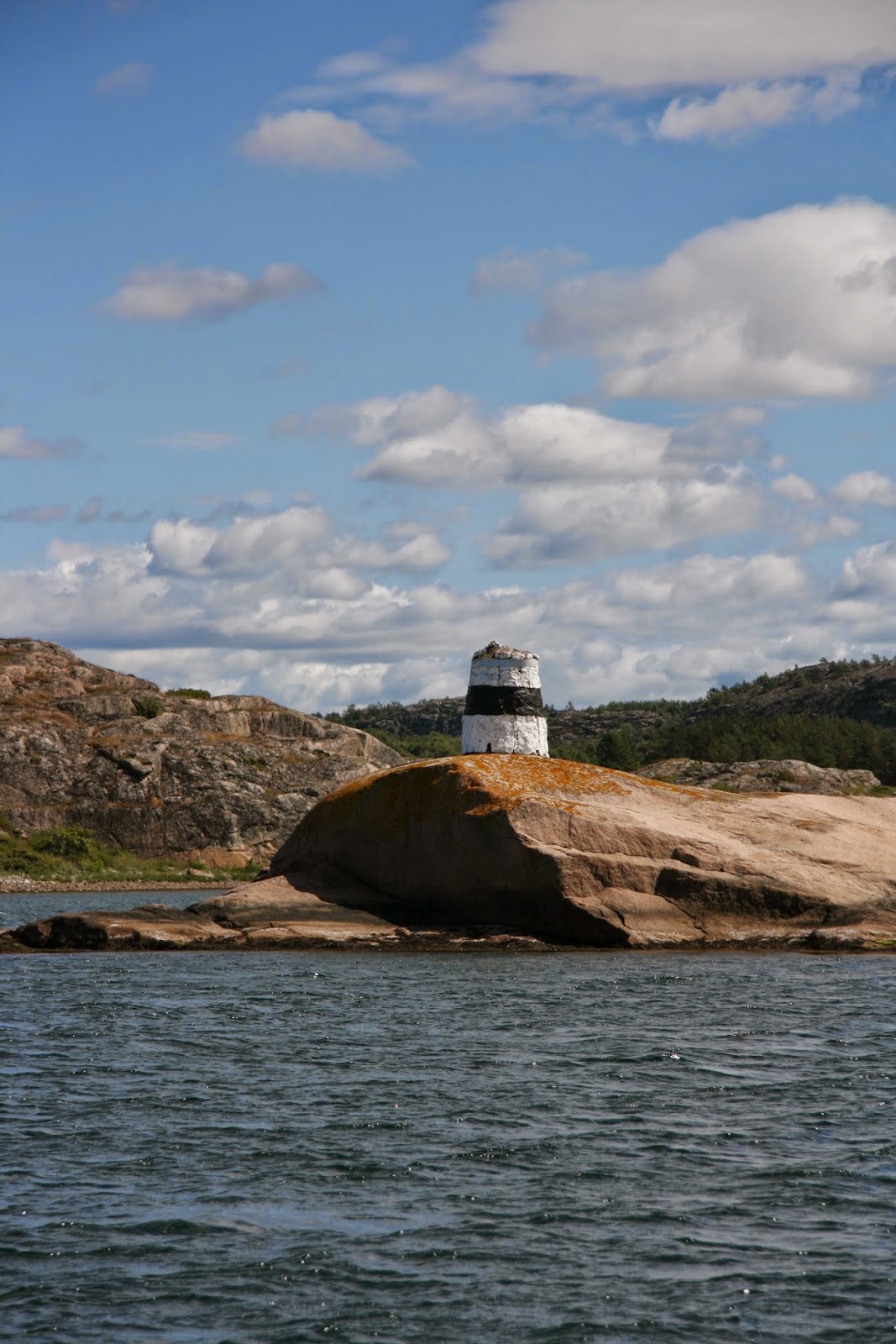 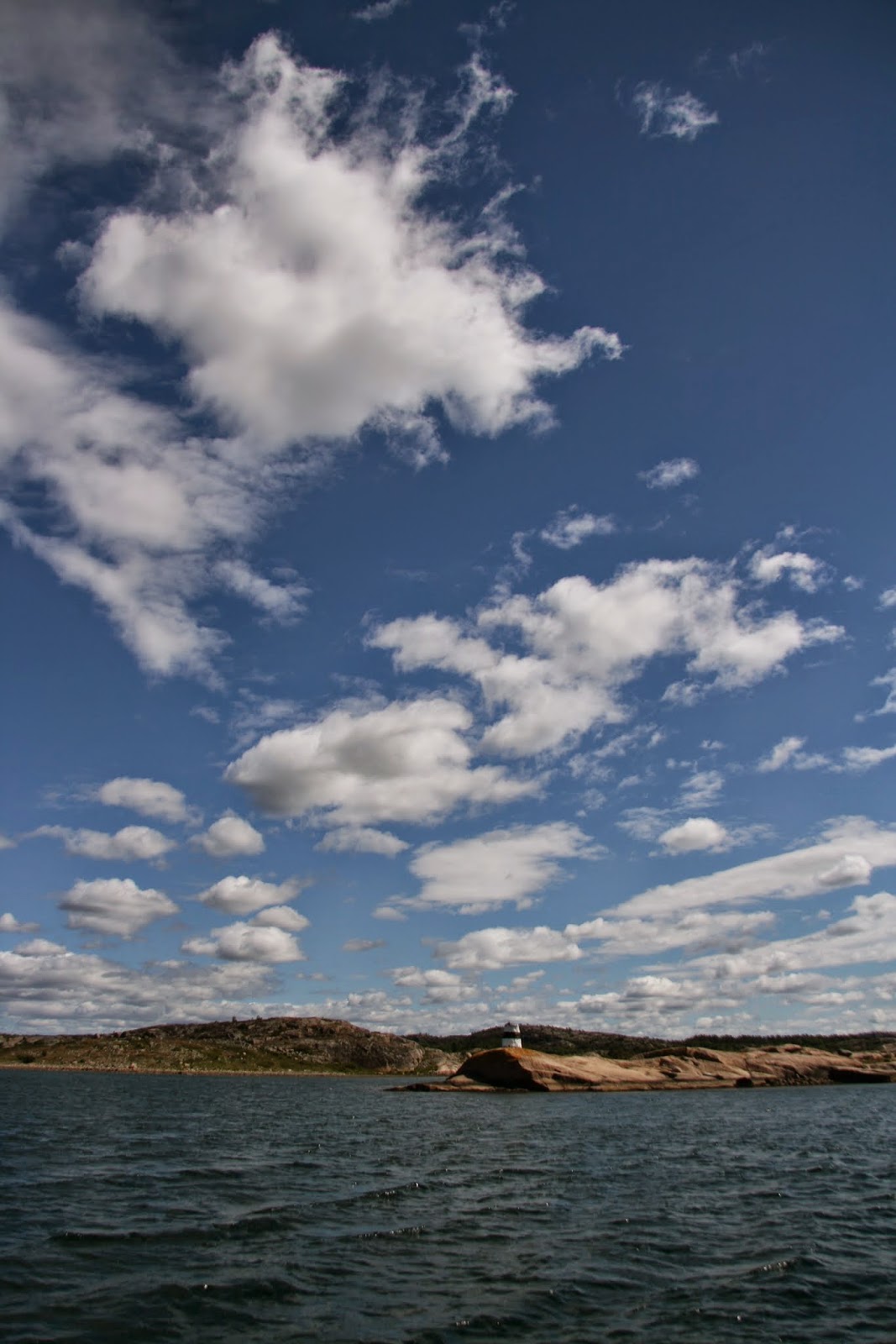 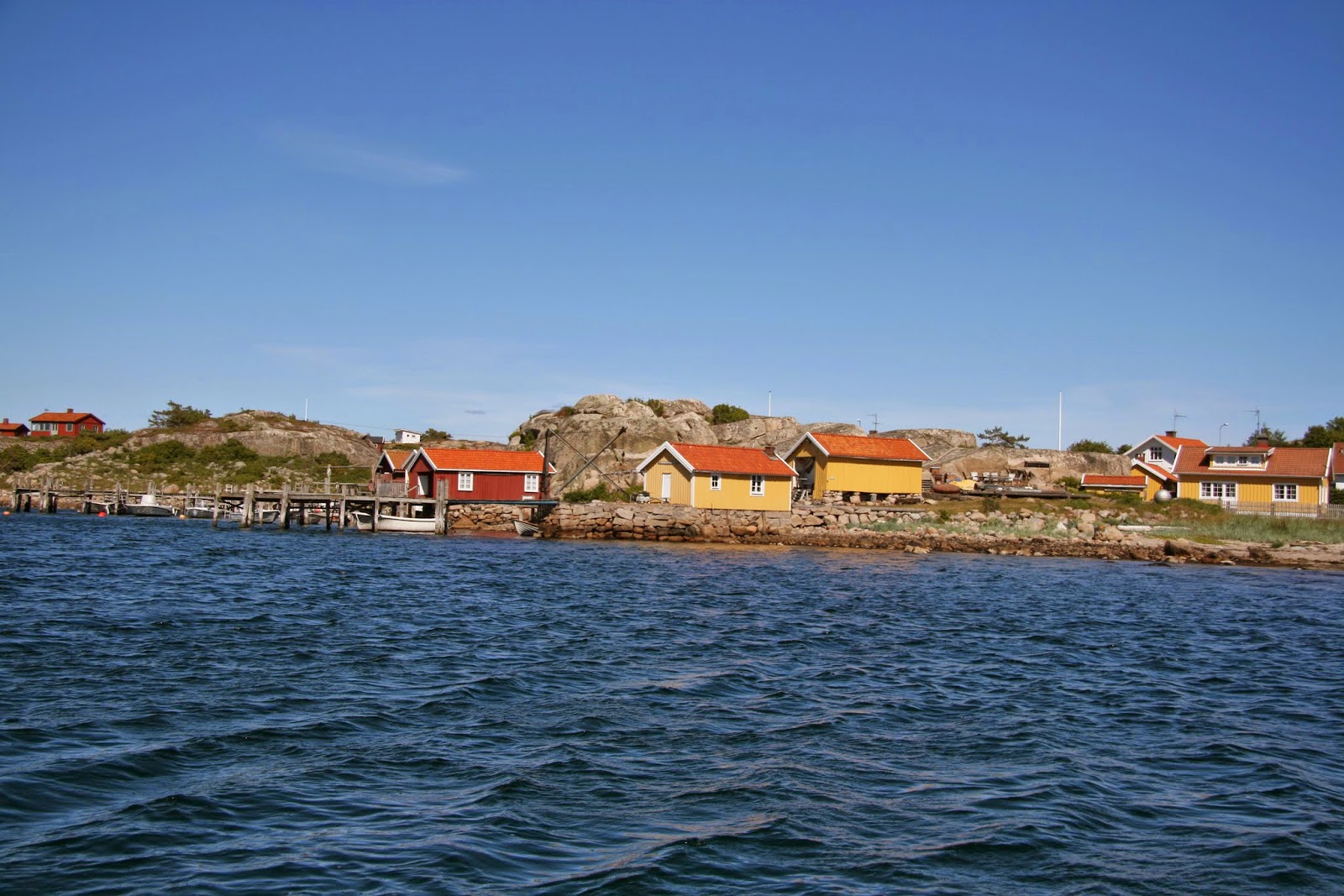 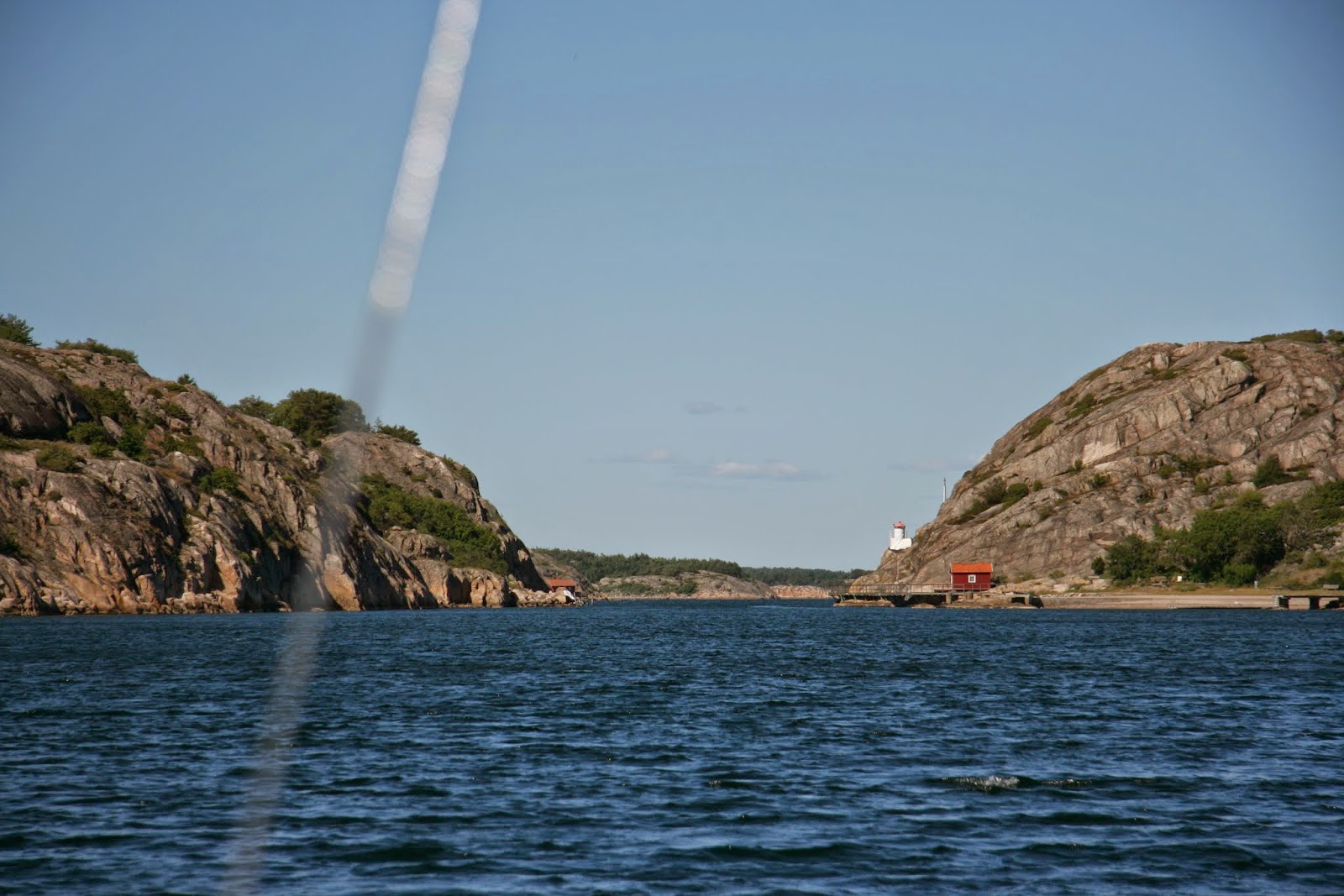 Our approach to Syd-Koster was not easy with a multitude of rocks shown on the charts. We managed to thread our way through to an anchorage at Langevik. This was a peaceful place with only a few holiday cottages on the shore. The koster islands are a popular holiday resort  as there almost no cars it is a paradise for hikers and cyclists. Parts of the archipelago became Kosterhavet National park in 2009. the Koster islands contain a multitude of small anchorages for the intrepid gunkholer as a commercial harbours that cater for visiting boats. 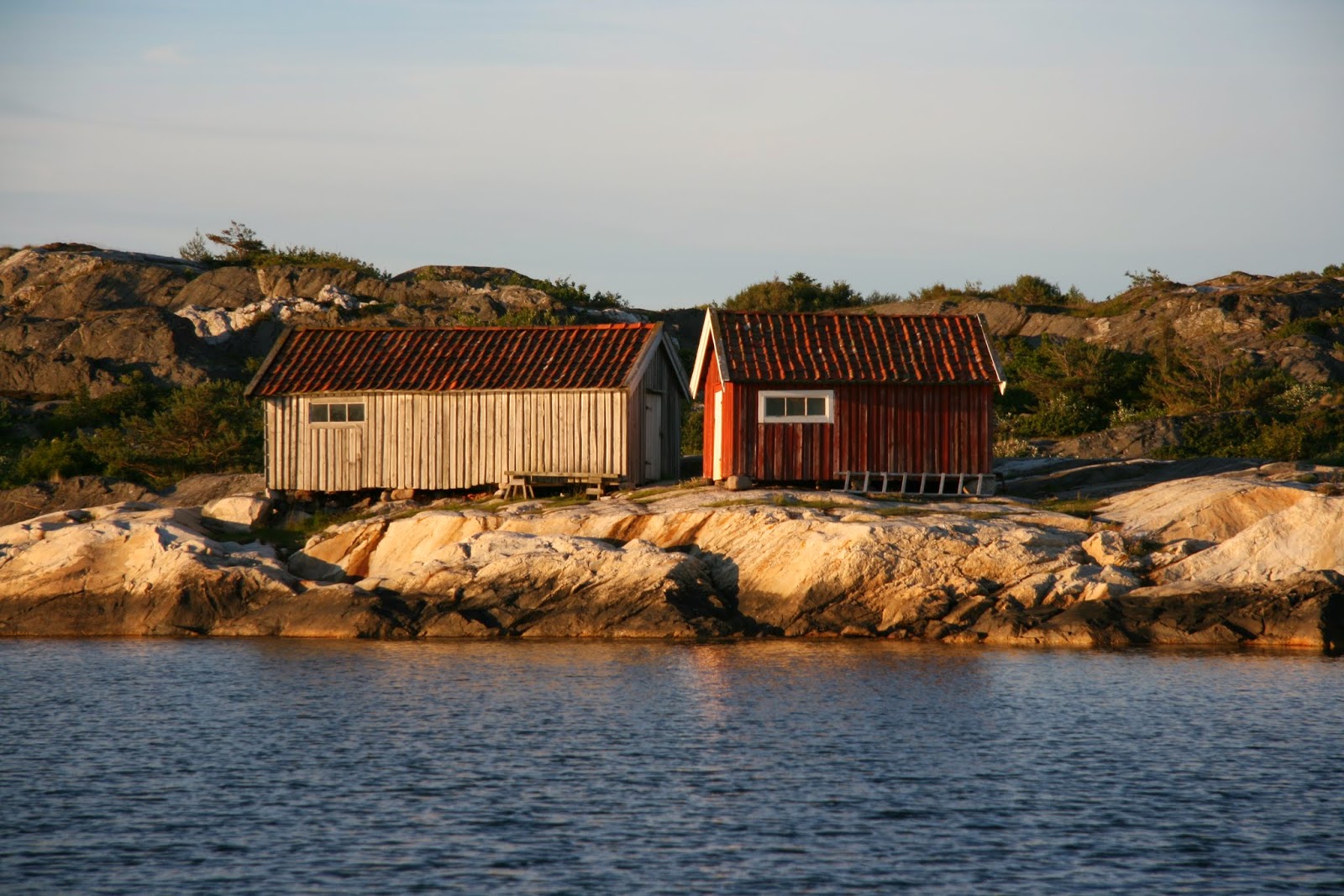 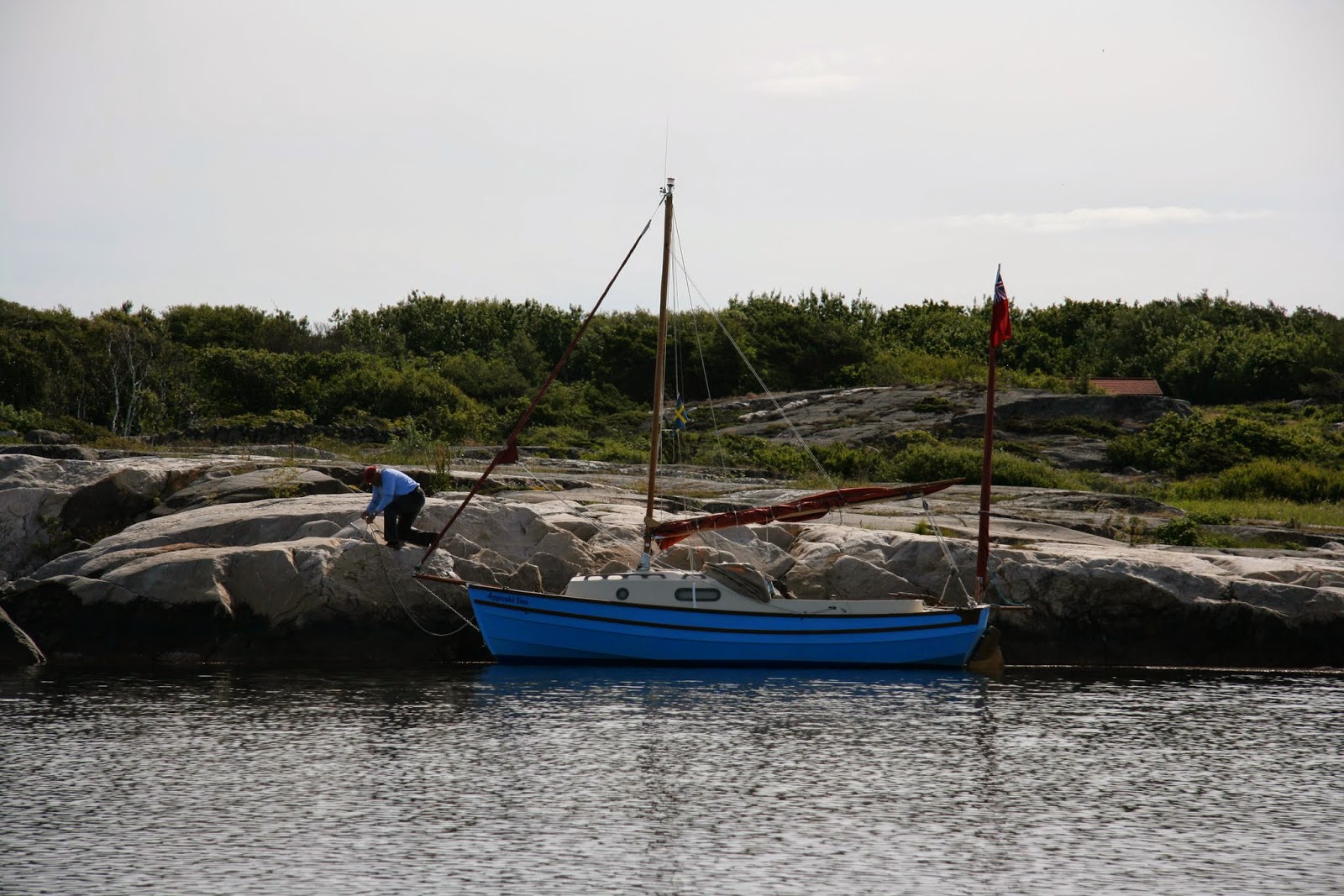 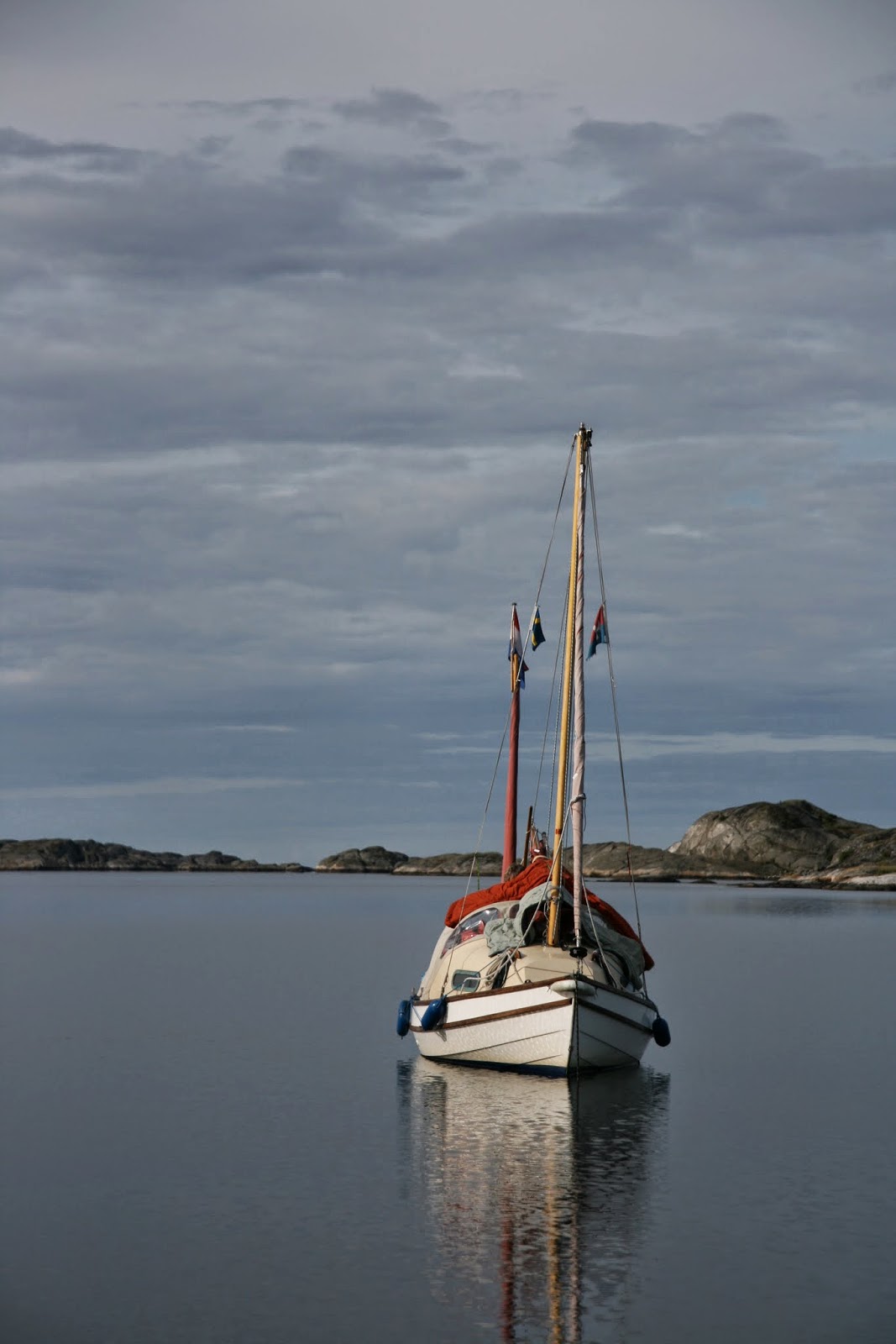 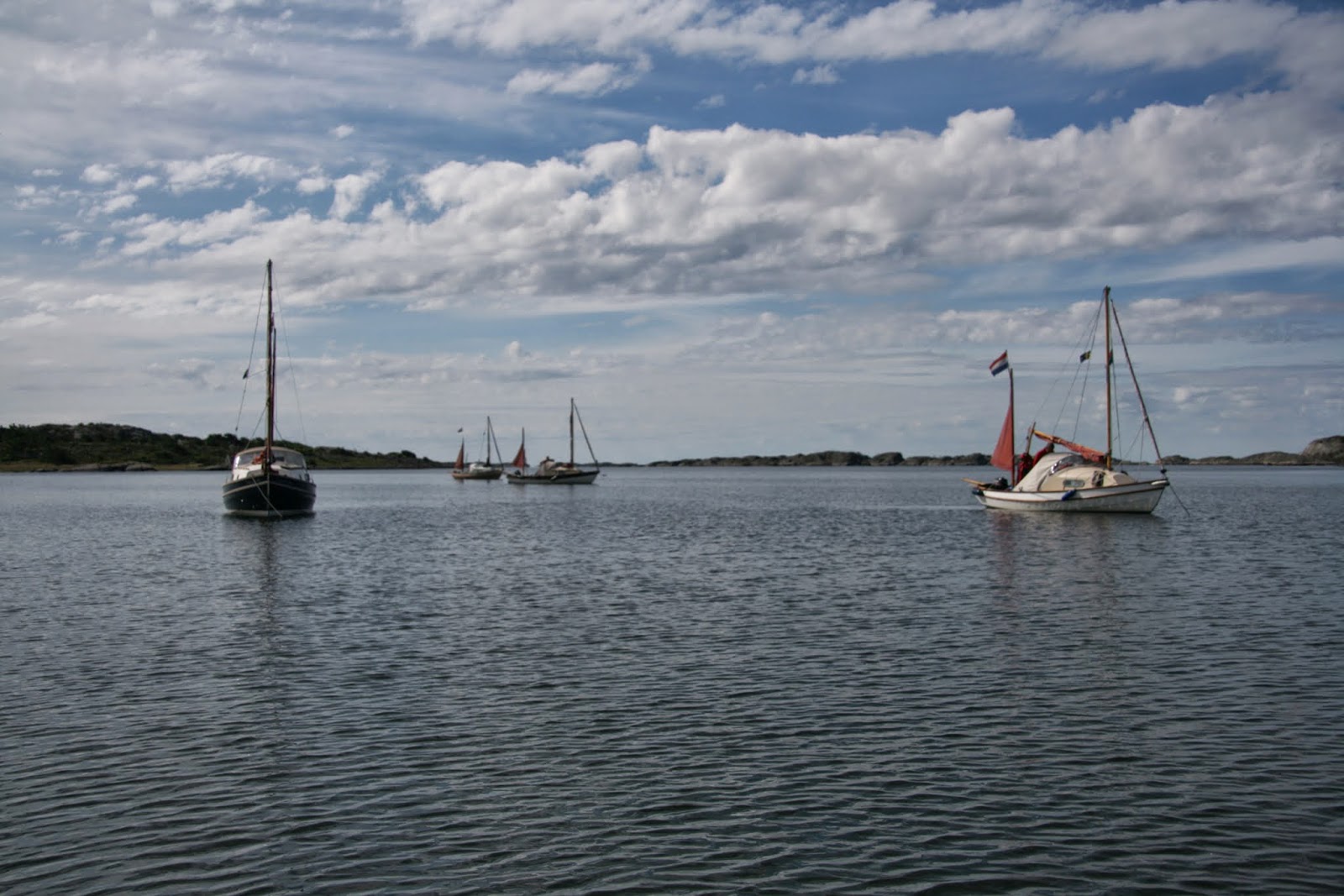 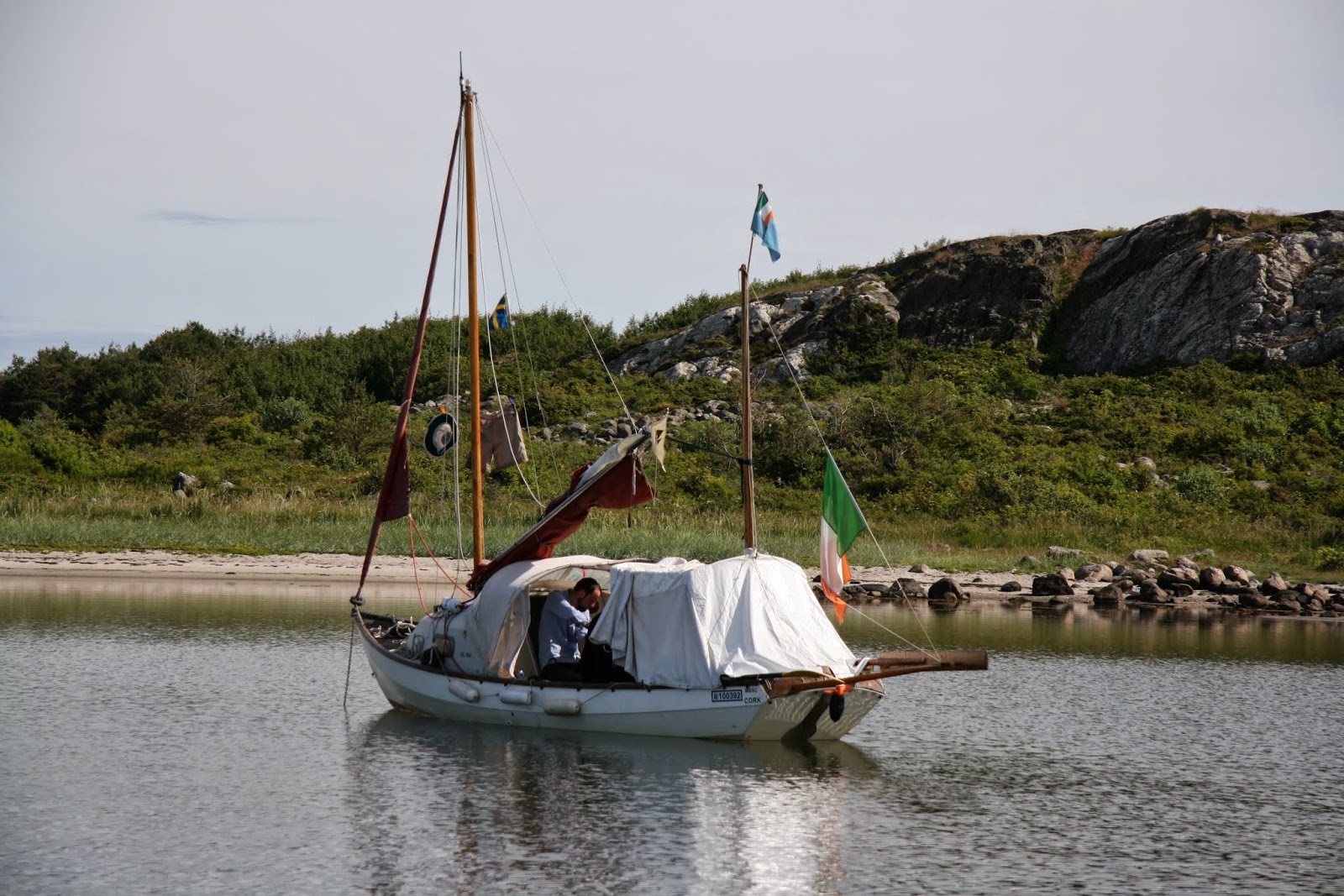