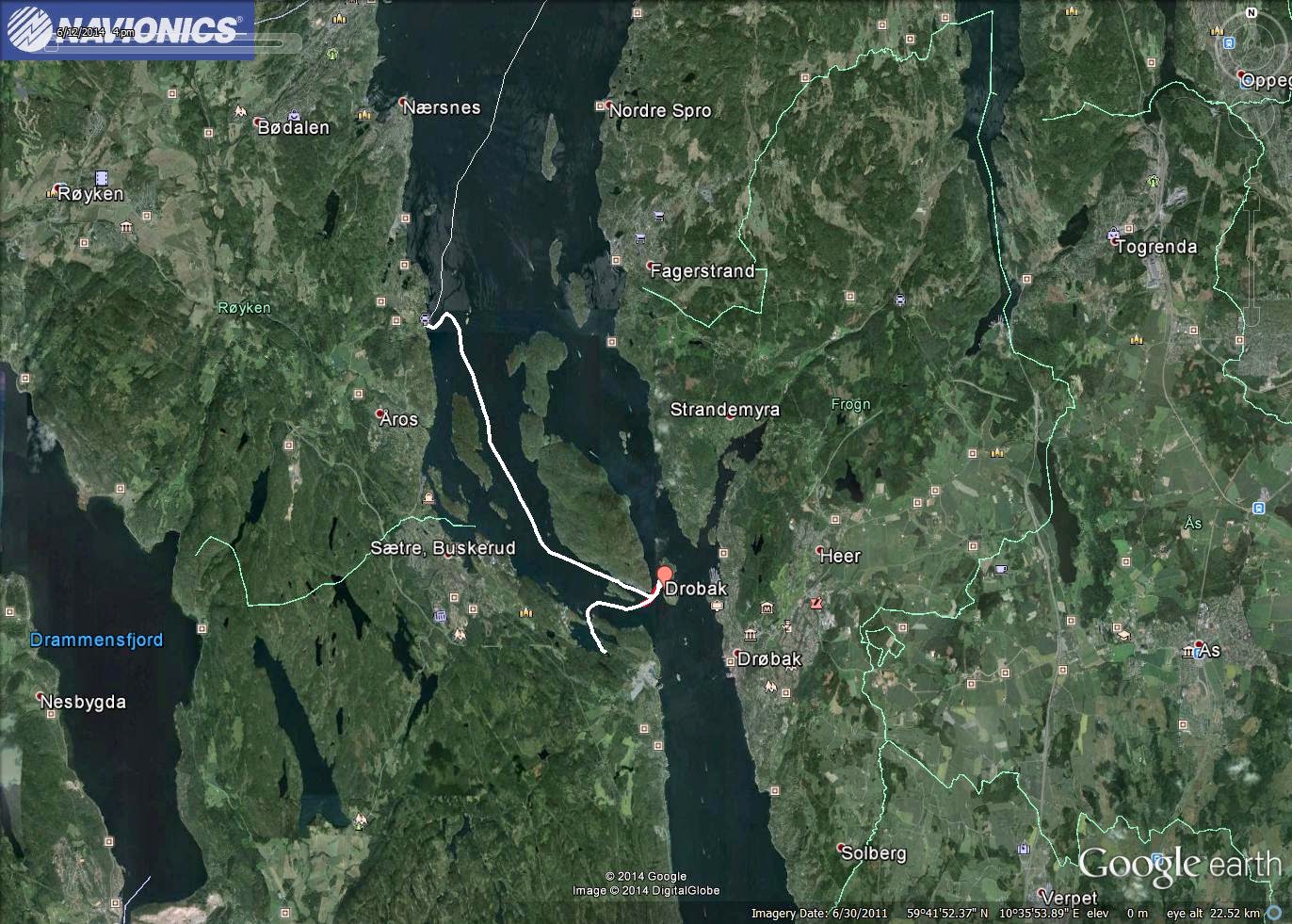 We were now in reach of Oslo and a number of our fleet had a schedule to keep. They were restrained by commitments to return to work, flight and ferry bookings. So early in the morning Tra Bhui the open Gig and Damson the Drifter departed for Oslo. That left 3 boats remaining for a relaxing day. We decided to visit the nearby fortified island of Oscarborg which was situated at Drobaek in the middle of the Oslo fjord. It's position defended the fjord and the approaches to Oslo. We sailed the short distance and moored in the small marina on the island. The holiday season had not yet started with the Norwegian  schools in their final weeks of term. Throughout the trip marinas had been empty and this tourist attraction proved the point with little or no visitors evident. We paid for our marina space at the vending machine but otherwise the museum and sights were free.

Oscarborg was built by King Oscar  in the 1800's to defend Norway from believed invasion from Denmark. But the fort gained notoriety in 1940 when it defended Oslo for a vital few days to allow the Norwegian Royal family and government to escape to the United Kingdom. This allowed them to form a government in exile during the duration of the war.  The ancient guns on the island manage to set fire to a German battleship Blucher as it approached Oslo up the fjord. The fire in the aircraft hanger caused the ship to sink in the fjord where it remains to this day still leaking fuel oil. 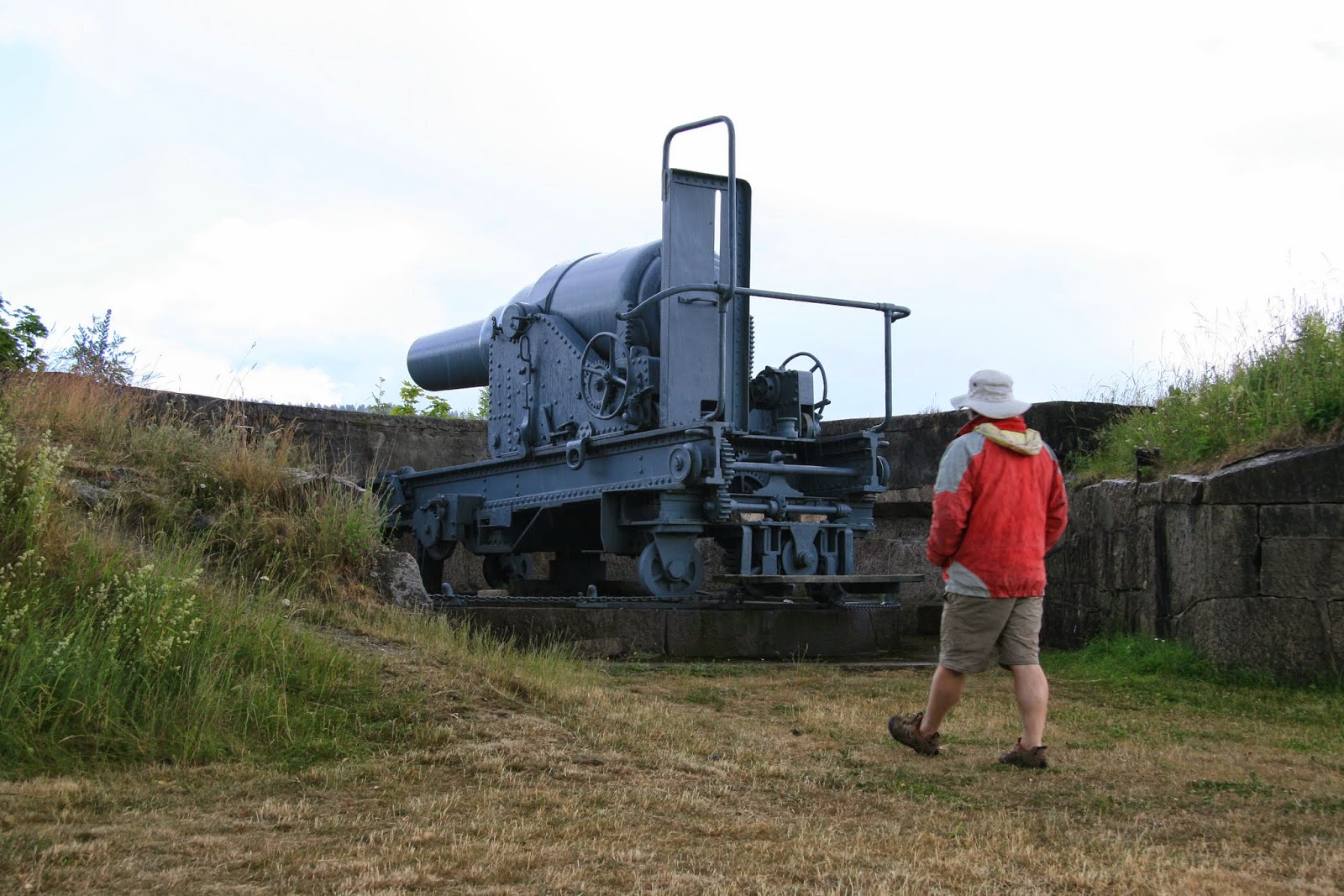 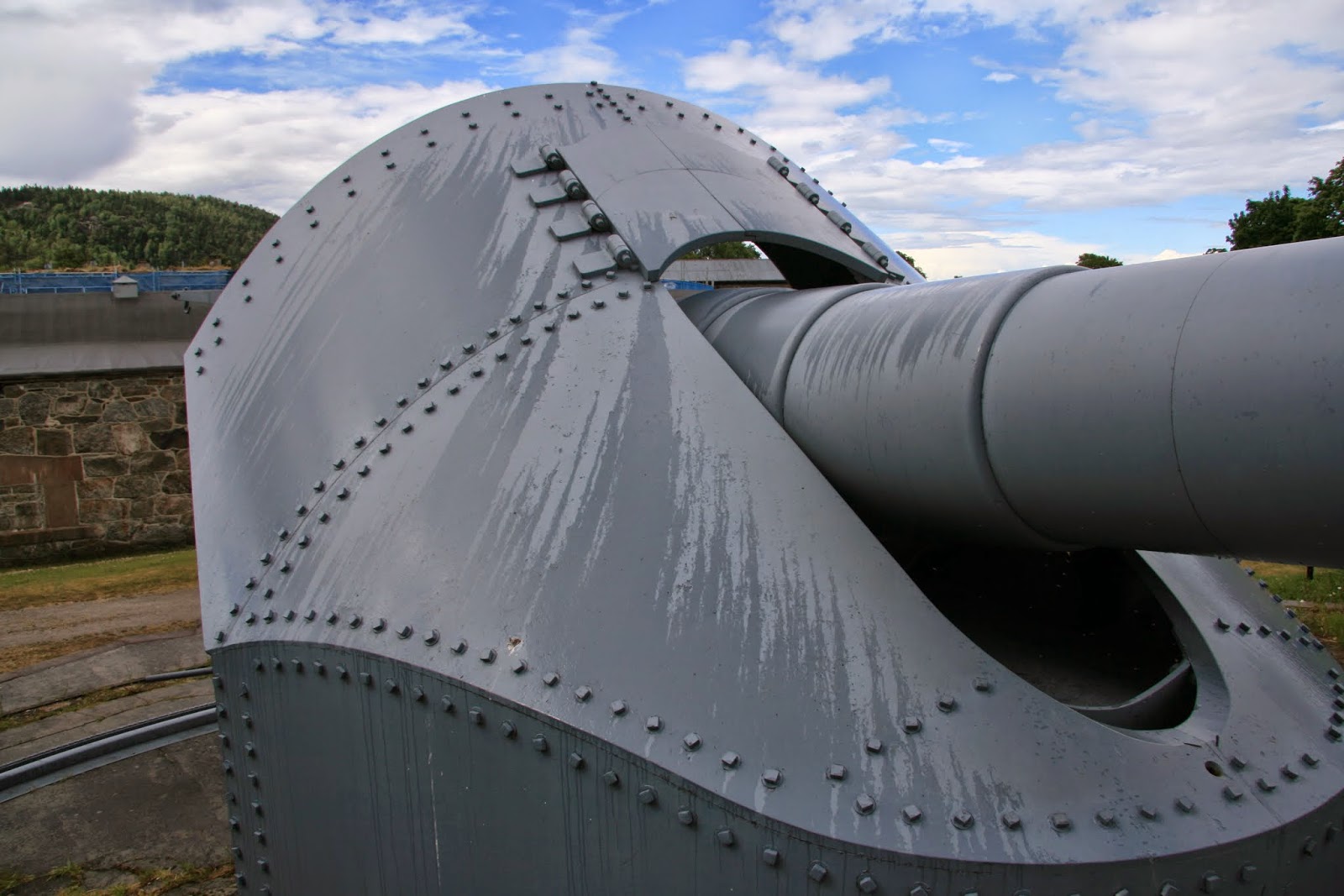 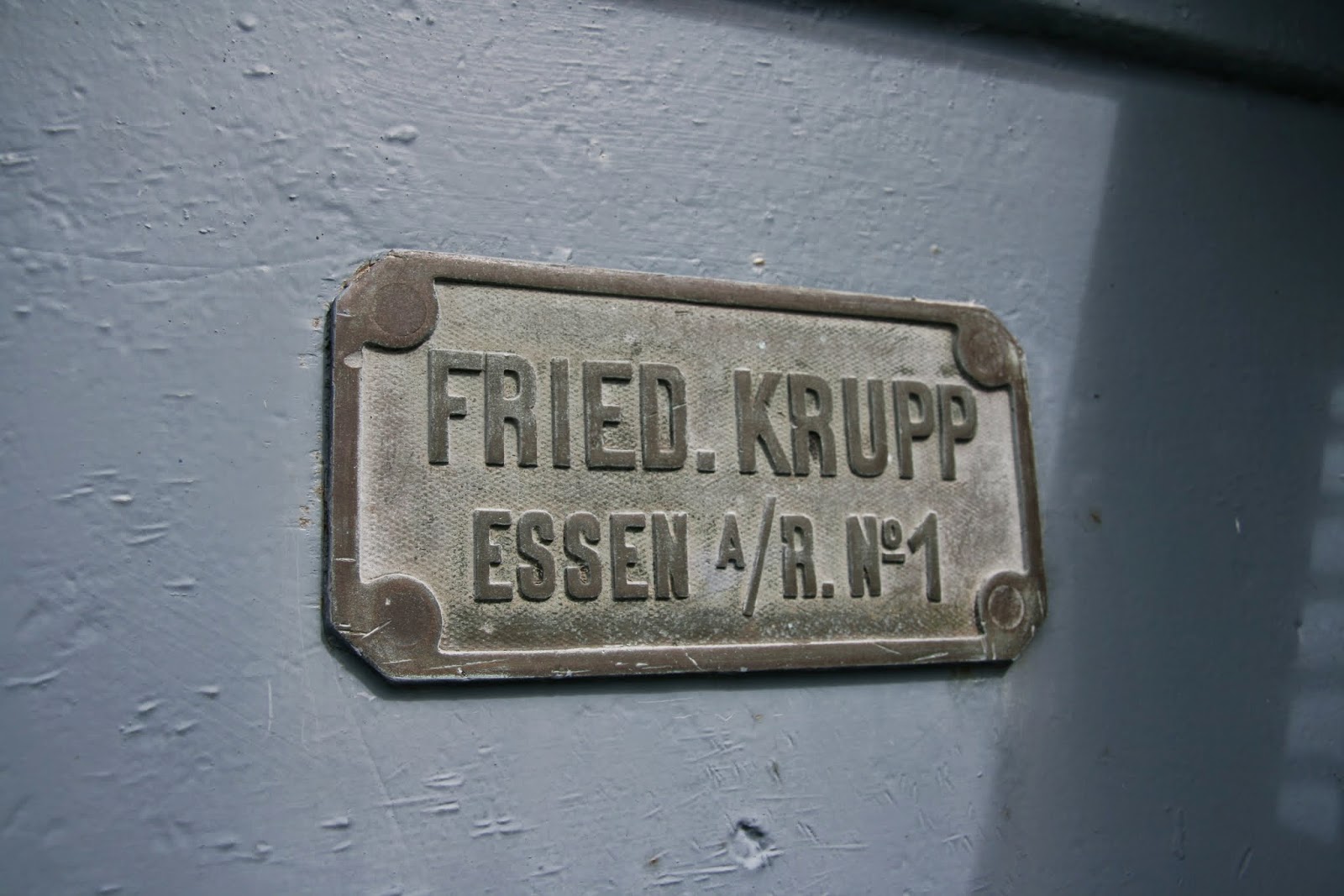 Later in the afternoon we decided to head north up Oslo fjord keeping to the west side and look for a small harbour at Batsto. This was not recognised as a harbour that would accept visitors but we thought we would give it a chance. I was keen to find this harbour as it was close to a campsite where my wife was staying and I had not seen her since we had left Denmark.

We arrived and found vacant spaces in the harbour and decided that we would plead ignorance if the owners returned. 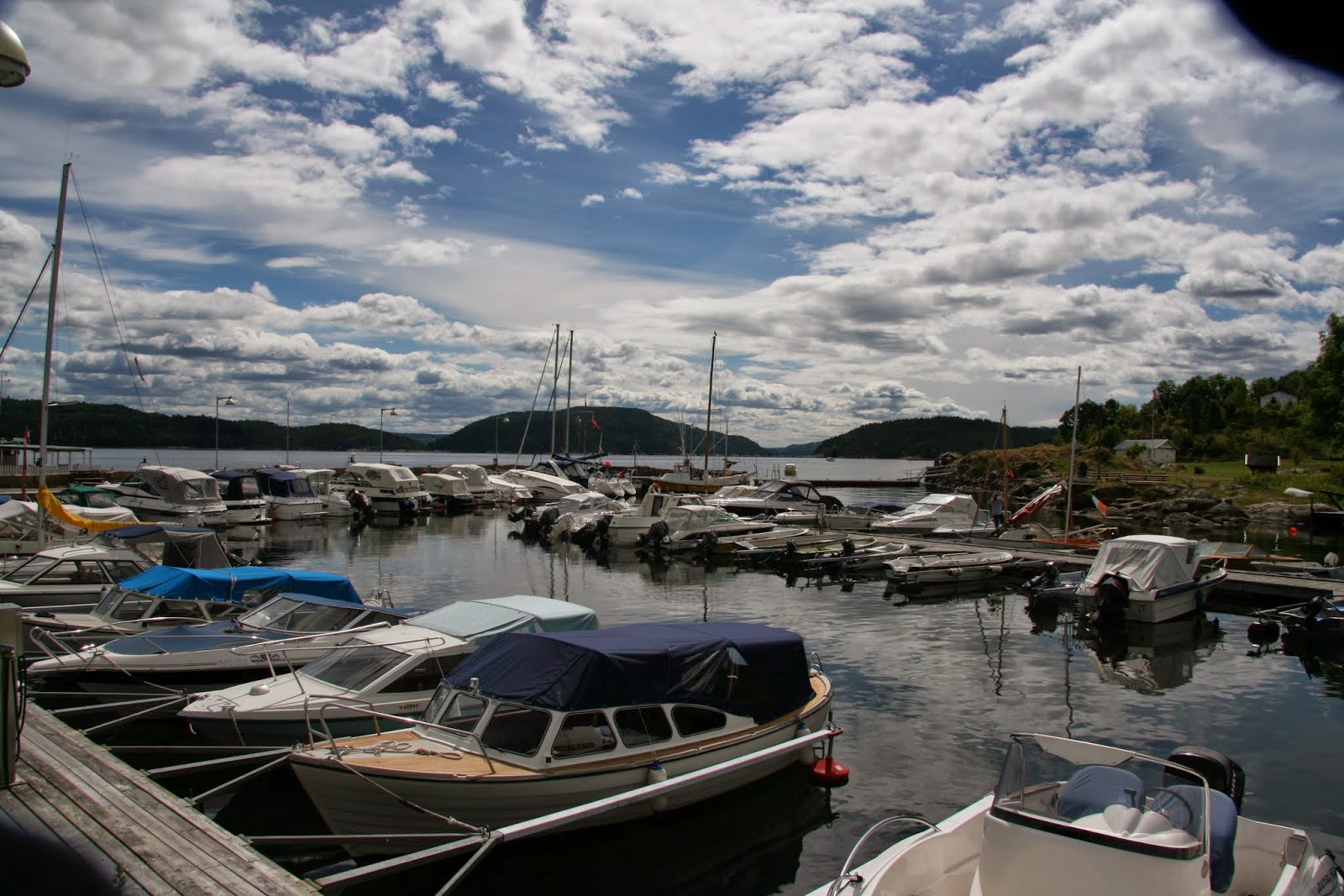 The locals were very friendly and all were curious as to our voyage. We were invited into Hansesns Brugge (harbour) which was a small harbour where the owner kept fishing boats which he hired out. He also had an area set aside as a bar and BBQ for private parties. He entertained us to free coffee and a visit to his small museum  The owner Paul Hansen told us that Batsto translated into english as boat slip. His family had been living in the village for generations and had been engaged in the export of ice to England.in years past. 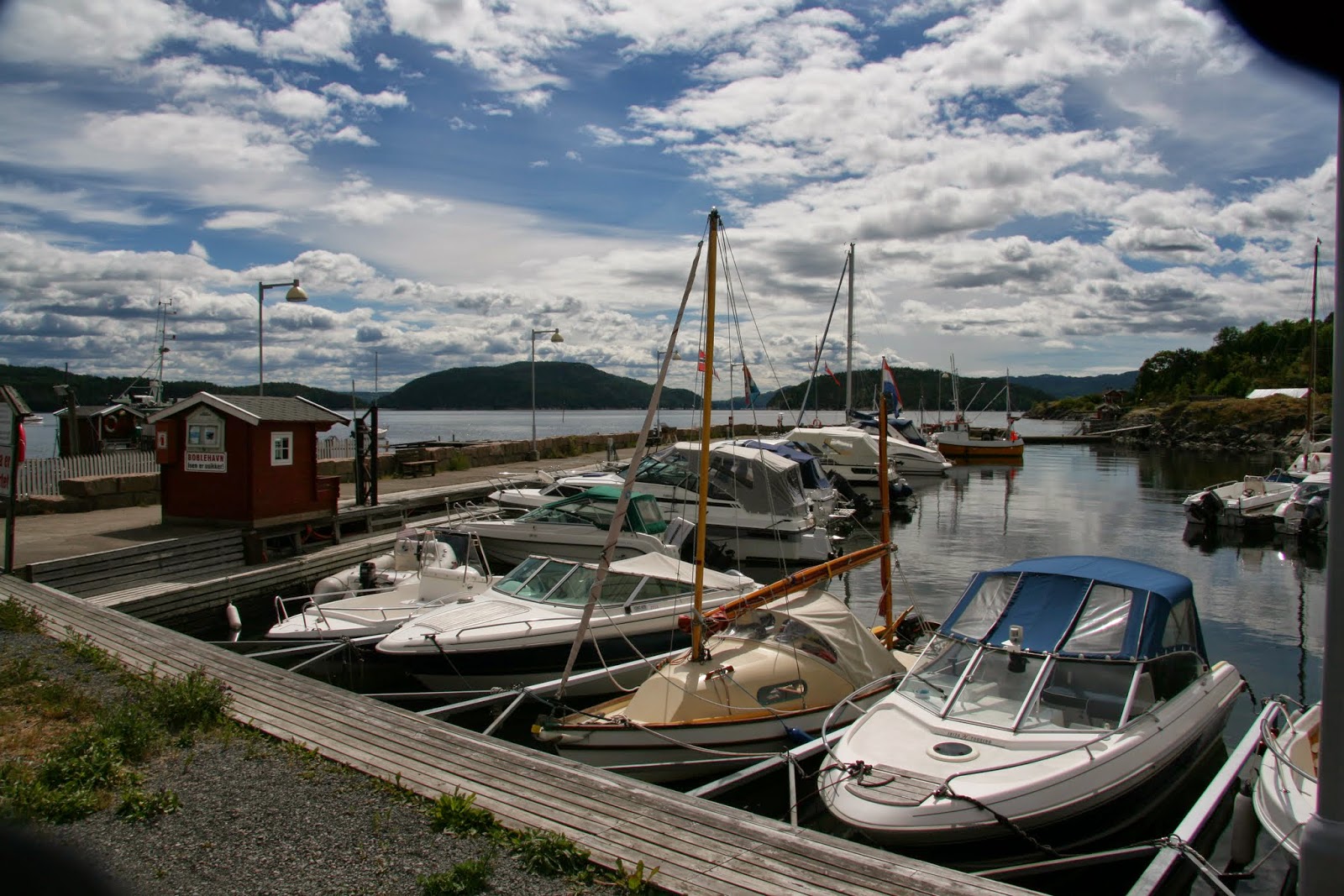