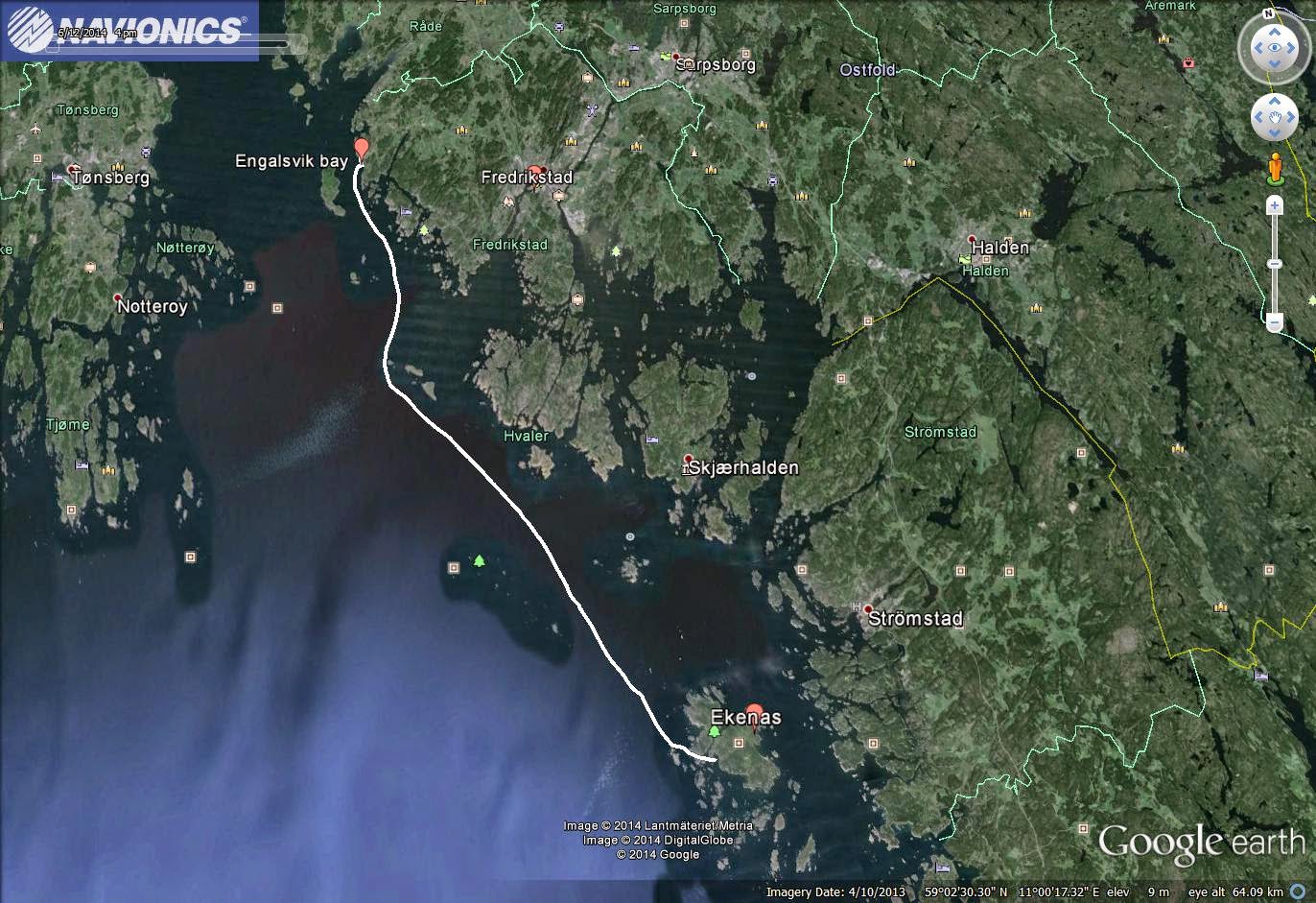 Awoke to a beautiful morning in this remote anchorage. The sea water was so clear that I could see the anchor on the sandy bottom two or three metres below. I had a leisurely breakfast watching the bird life and the locals taking a dip in the sea. 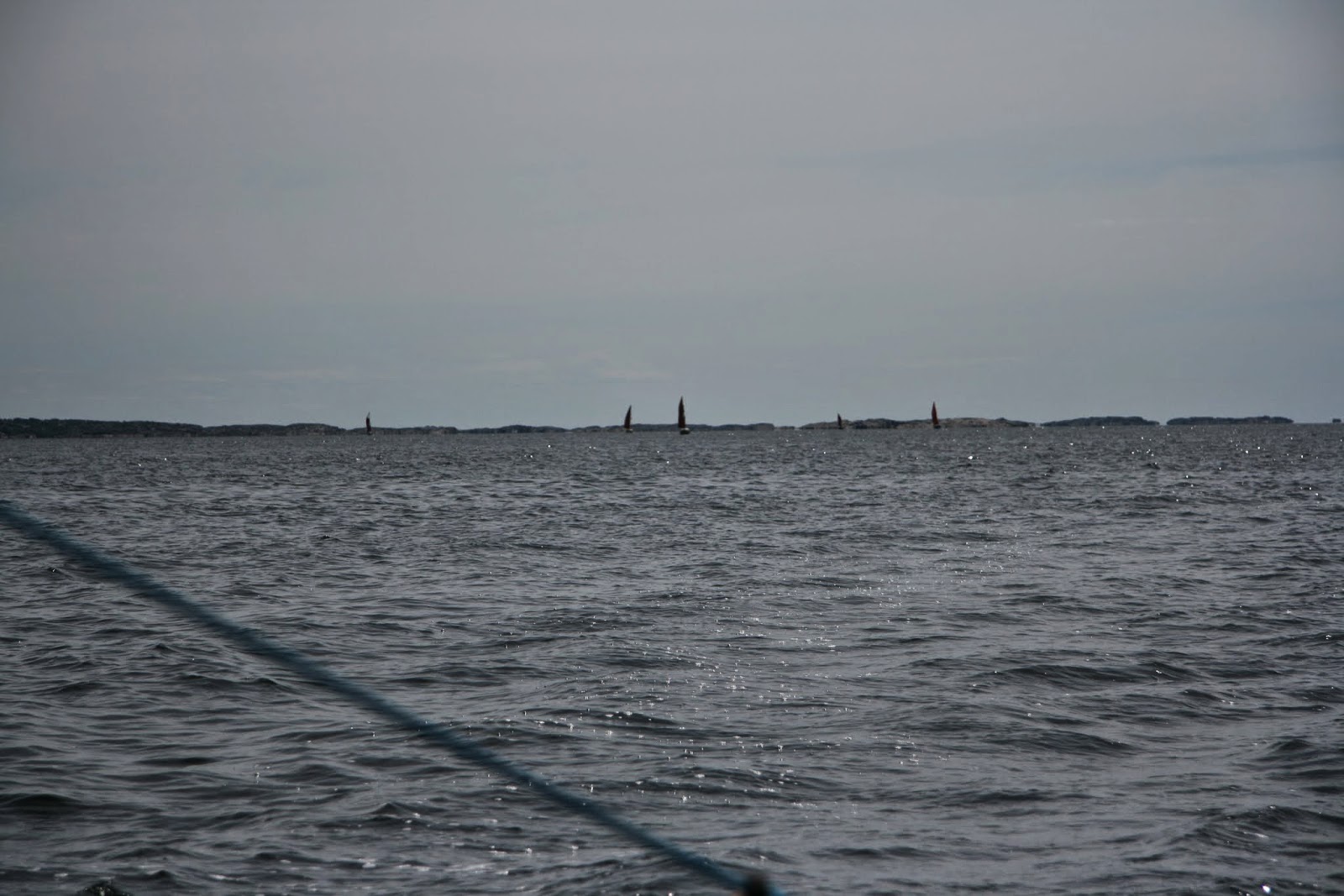 Set off at 11:00 hours for Engalvisk Bay in the still air and so motored through the narrow and shallow channel. The centreplate made some noisy crashes on the rock strewn seabed but the sounder quickly showed that the depth had increased again. I was anxious not to run aground on these remote rocky outcrops. as soon as we reached open water I was able to set full sail and in the WSW wind was able to attain a gentle speed of 2.5knots. The fleet spread out across the sea.
At 13:00 we crossed the border into Norwegian waters and I was a little surprised to find the border was marked by a series of yellow marker buoys. The wind freshened and the boat became a little uncomfortable in the swell. 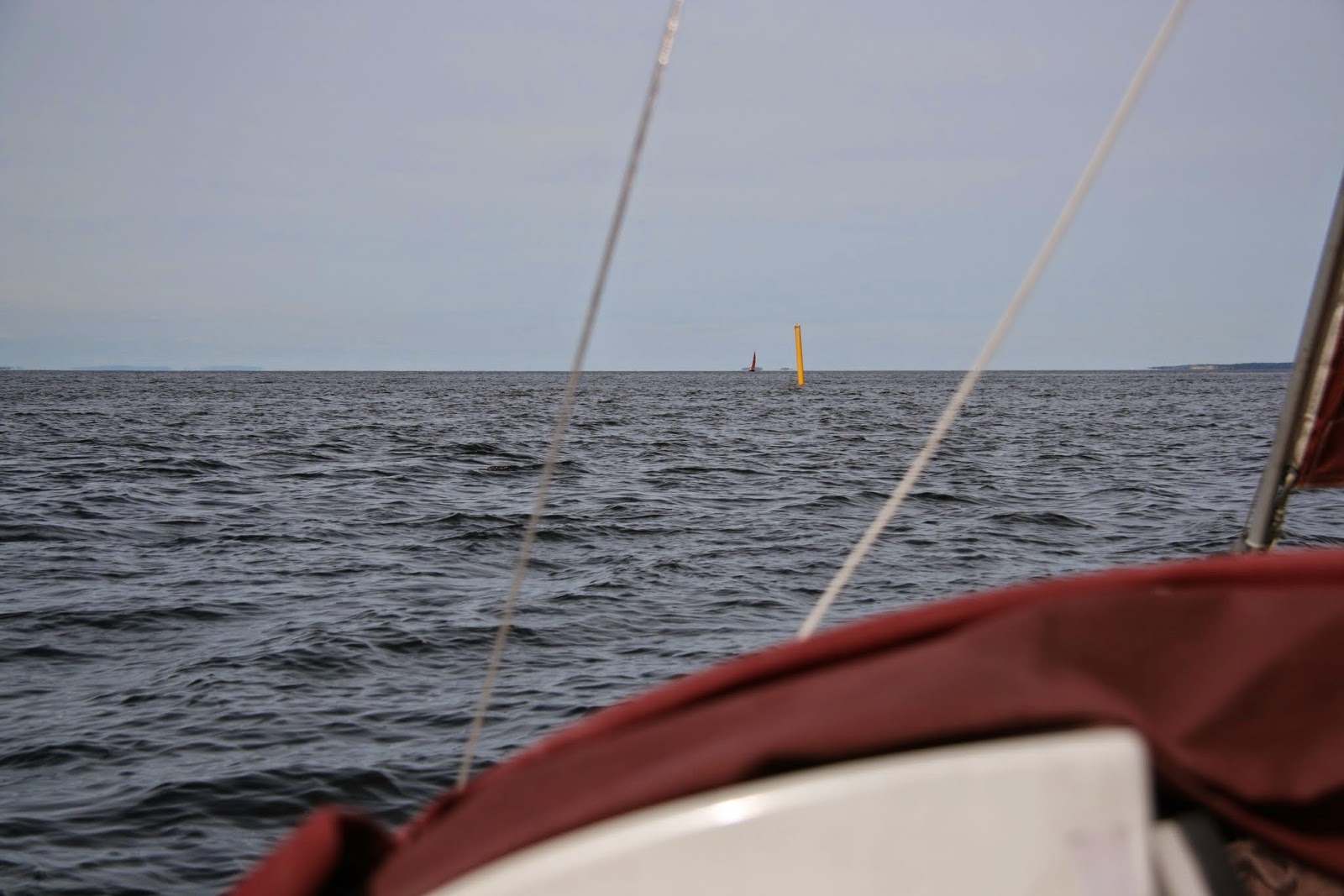 We sailed past the lighthouse at Struten and turned to our starboard to close with the coast. As we sailed past Struten it immediately became apparent that the geology had changed. The rock had become more grey colour and the rocks were more jagged. This was in contrast to the Swedish smooth pink granite rocks that we had been used to. 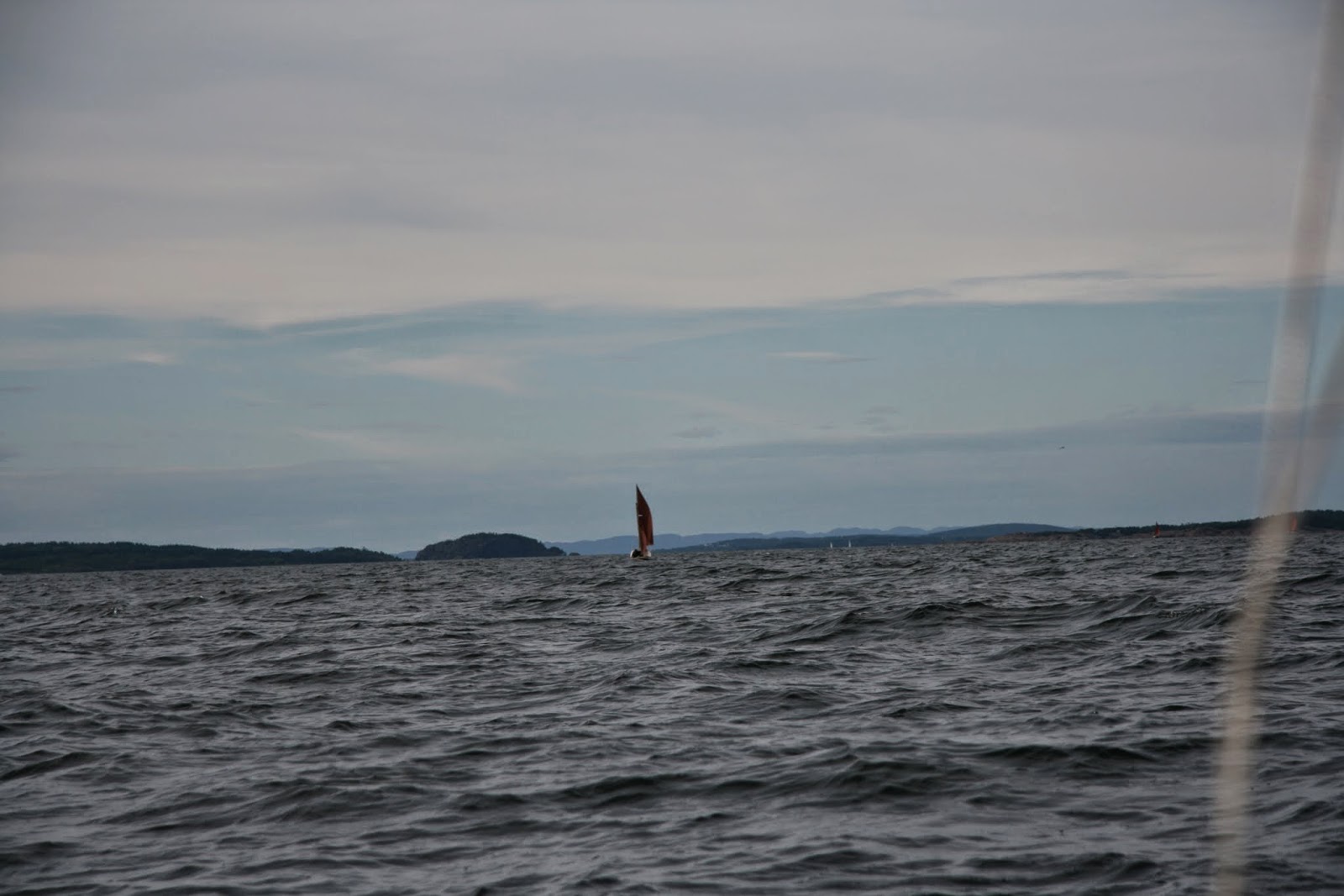 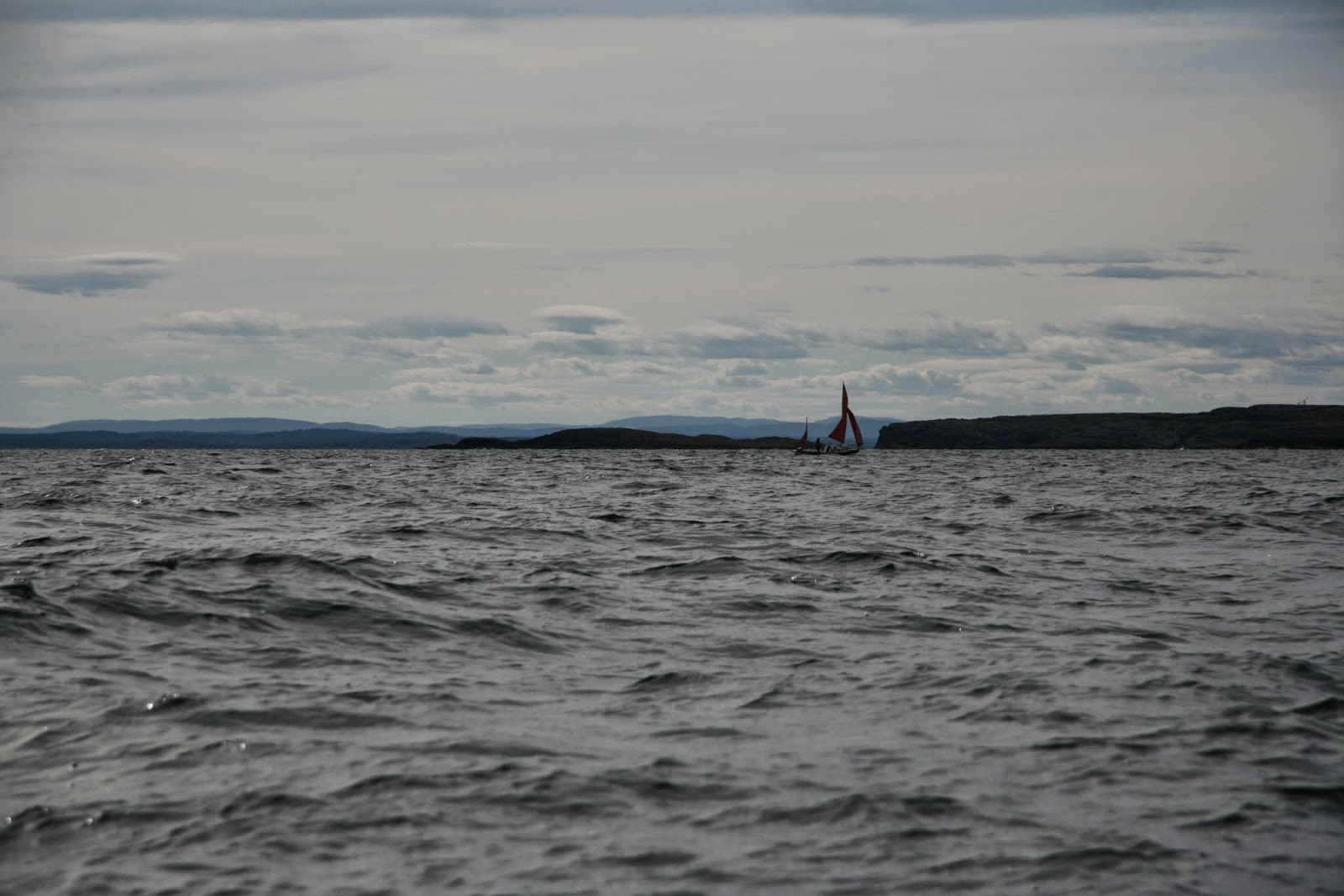 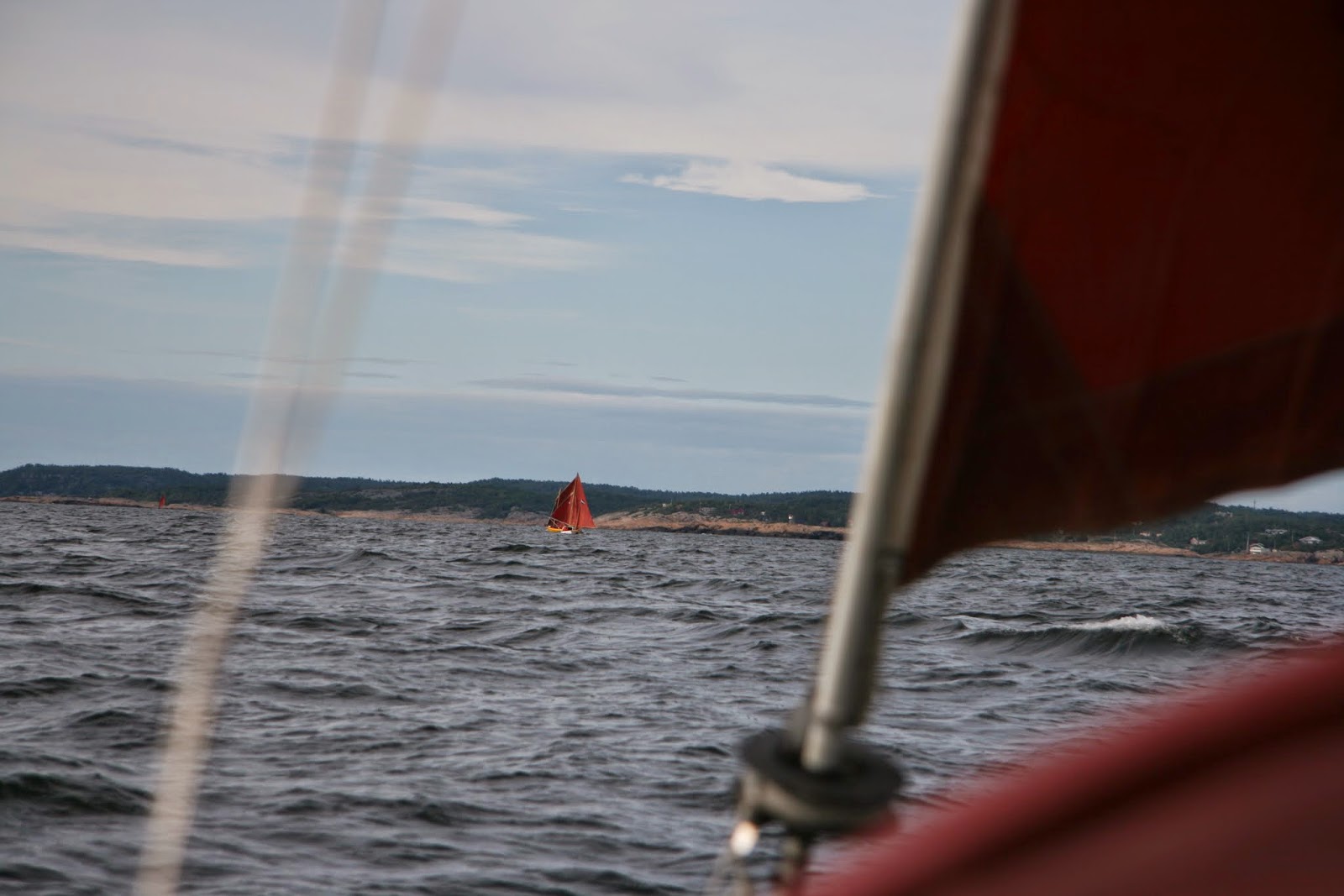 We made for the inshore channel between Rauer and the mainland where we found the port of Engalvisk Bay. Englishman's Bay. I arrived at 19:00 hours one of the last to arrive and moored bows to the stone wall. There were some noticeable differences in that it felt more relaxed and there were a greater number of old boats in excellent condition. Swedish boats tended to be modern and  large. Wherever we went we attracted attention as small boat sailors. Although nobody seemed to express any interest in the distance we had travelled. 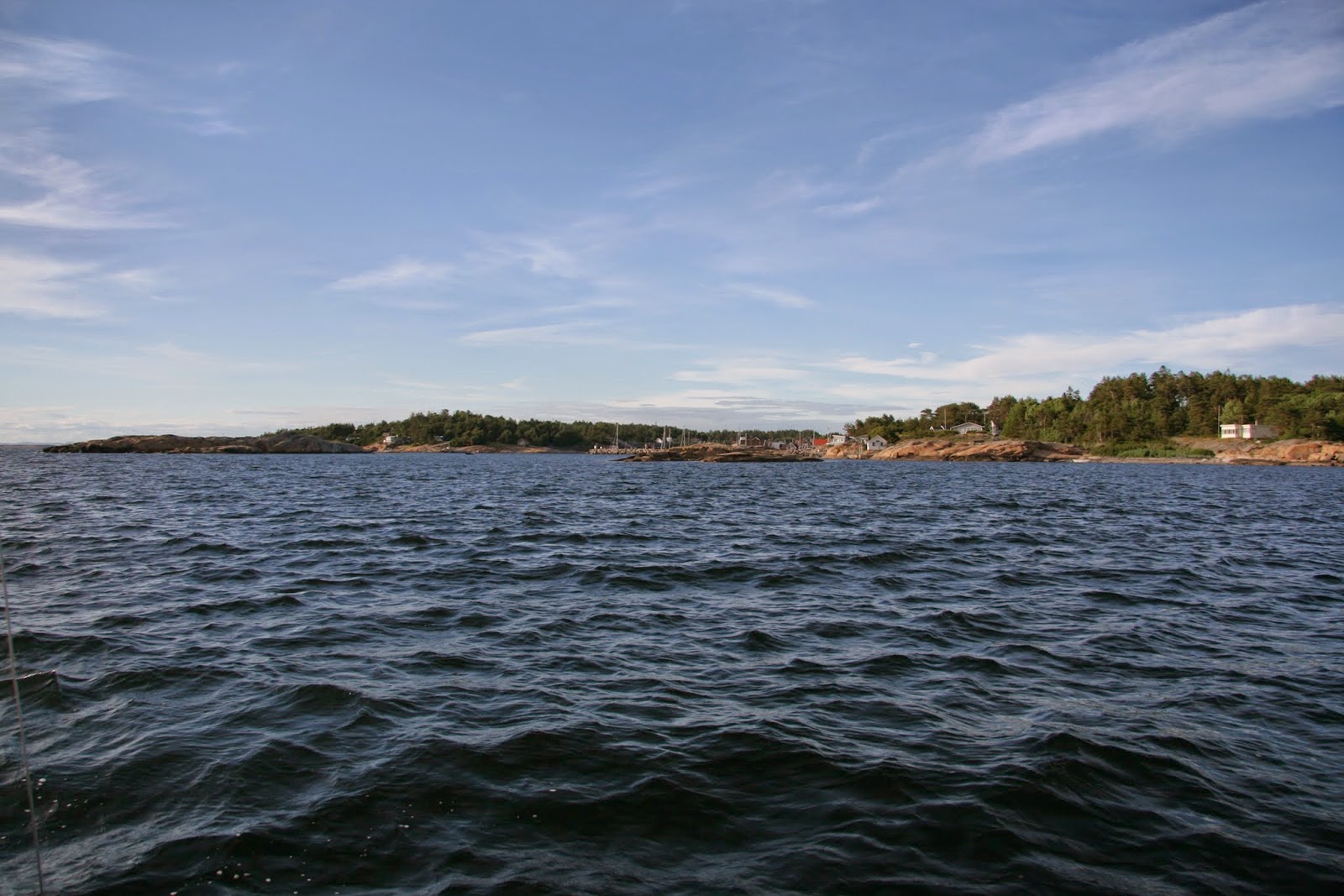 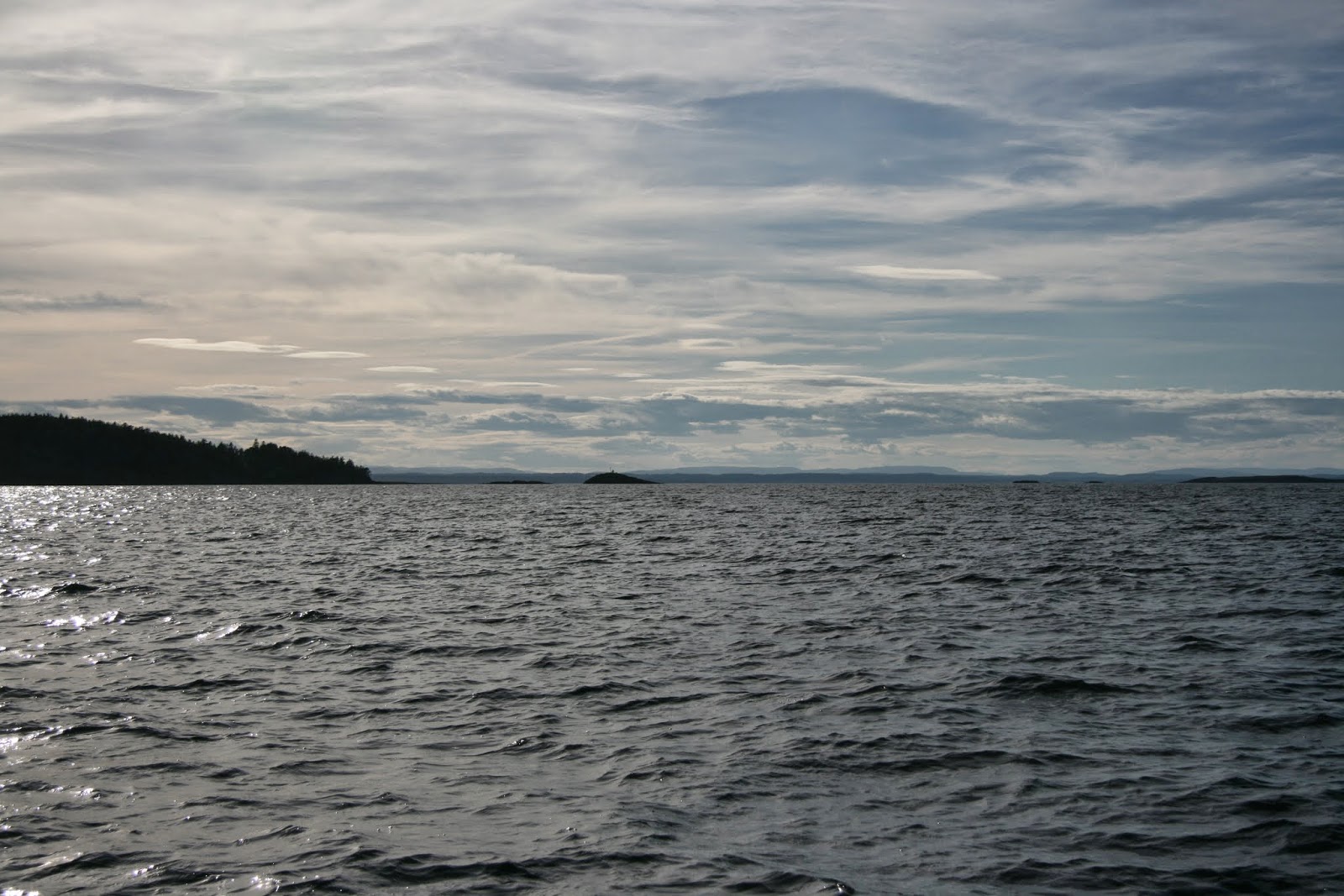 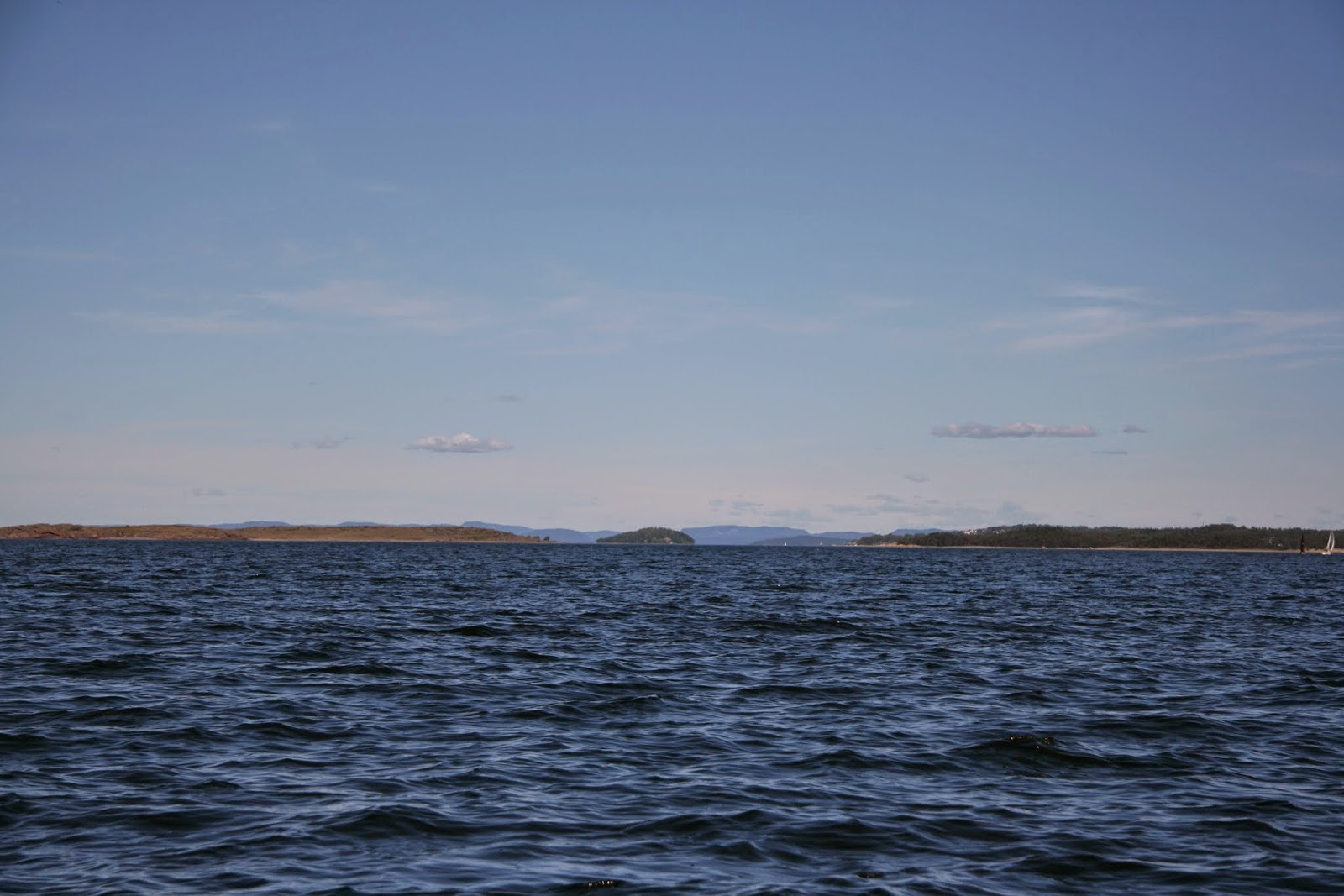 We celebrated that evening on the harbour wall with beer and wine in reaching our destination and country and a realisation that cruise was near it's end.