The fleet was all launched and berthed in the Marina. The fleet consisted of 2 Gigs, 2 Drifter 22's, a Drifter and four Coasters. We were a multinational bunch from Holland, Ireland, Scotland and England. There were a crew list of fourteen.

In true Drascombe fashion we departed from Roskilde at about 11:30 hours having held a crew briefing. Roskilde is a shallow fjord with a clearly marked channel between the upper and lower parts. The harbourmaster warned against taking any other route. The bridge at Frederikstad would provide an obstacle with limited opening every hour and a longer closed session between 15:00 and 18:00 to allow for increased traffic in the late afternoon and evening. 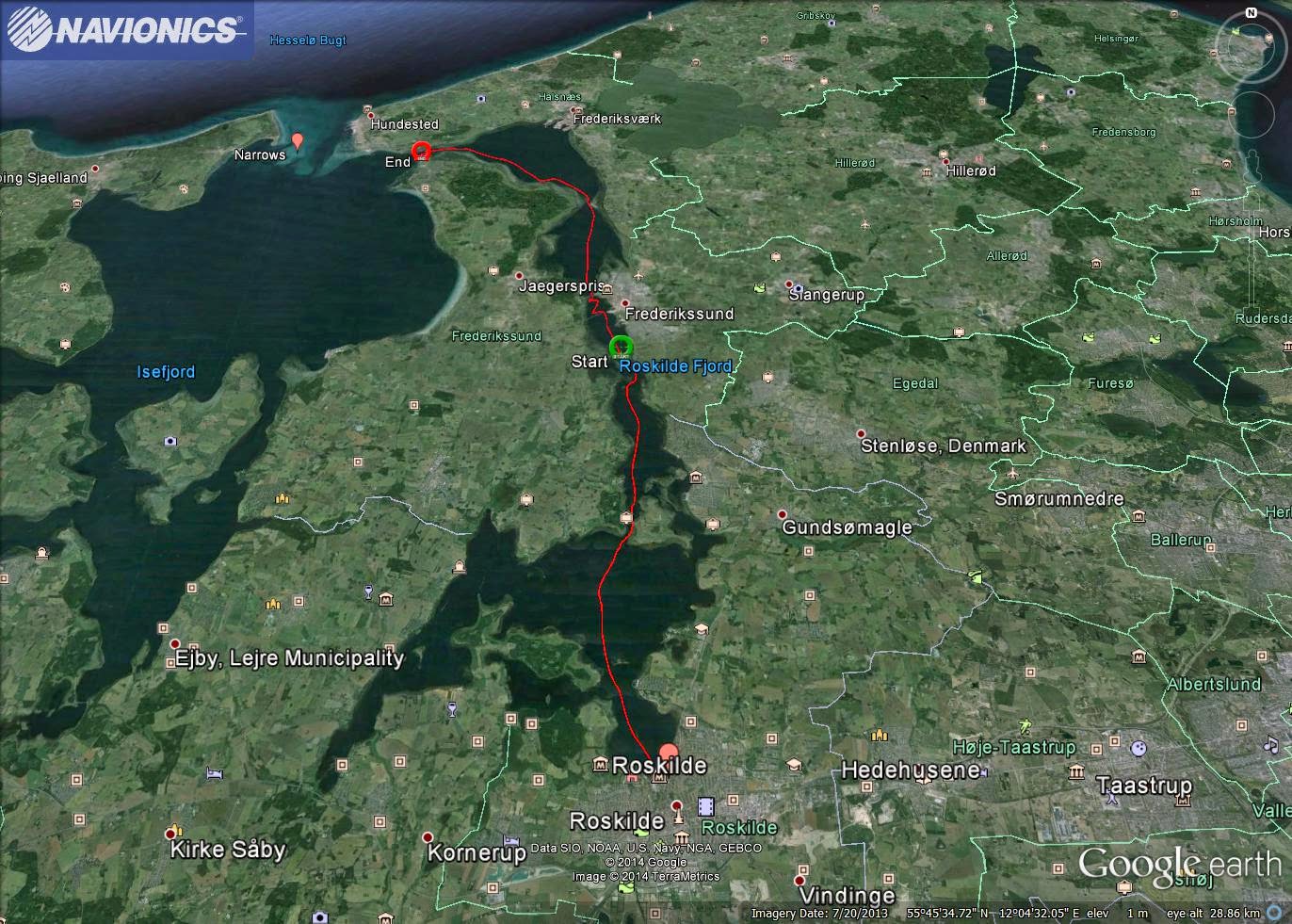 The fjord was approximately 5 metres deep and gave the impression of sailing on a large inland freshwater lake. The wind direction was good and set full sail and maintained and average speed of 4 knots. 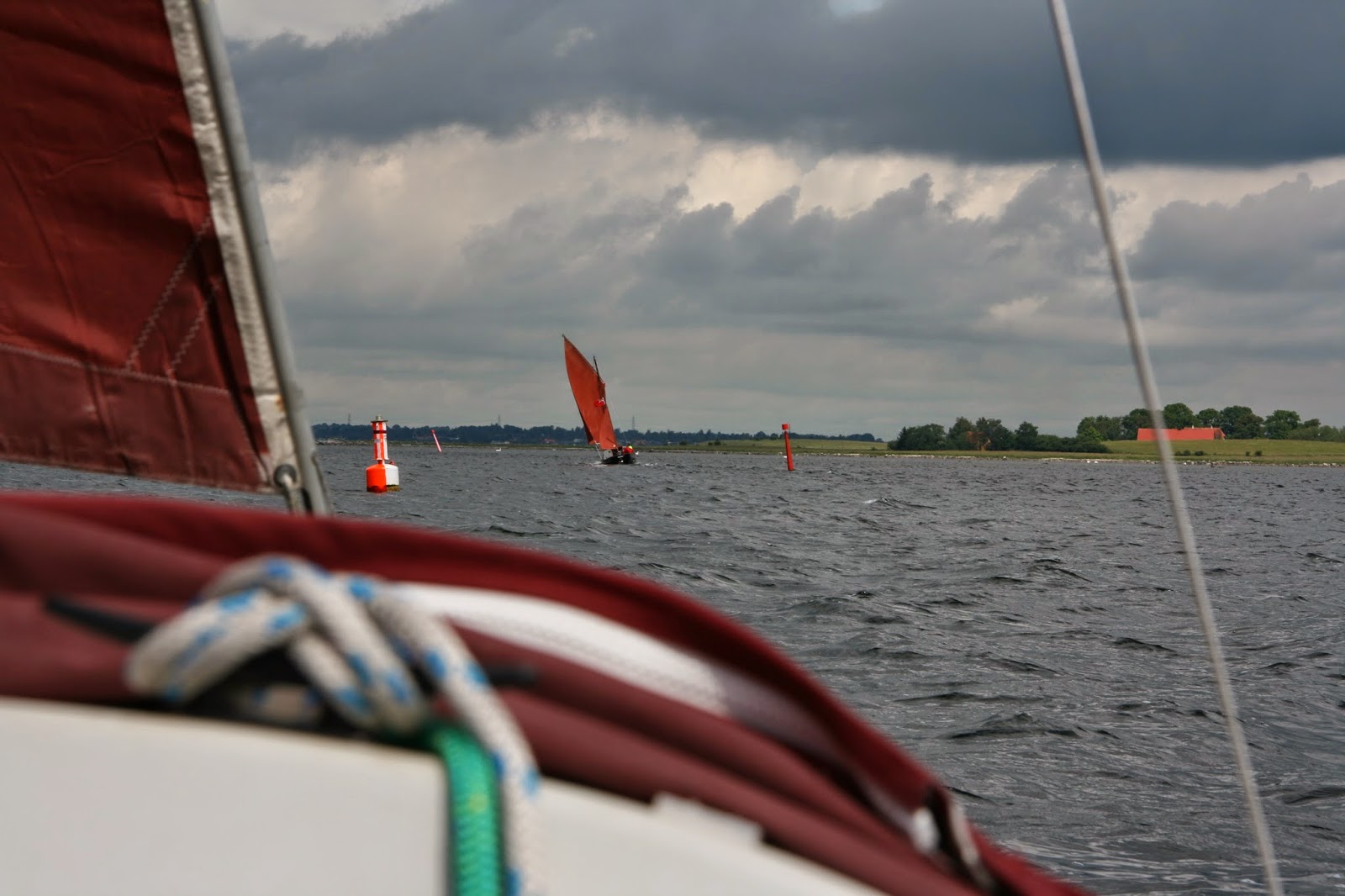 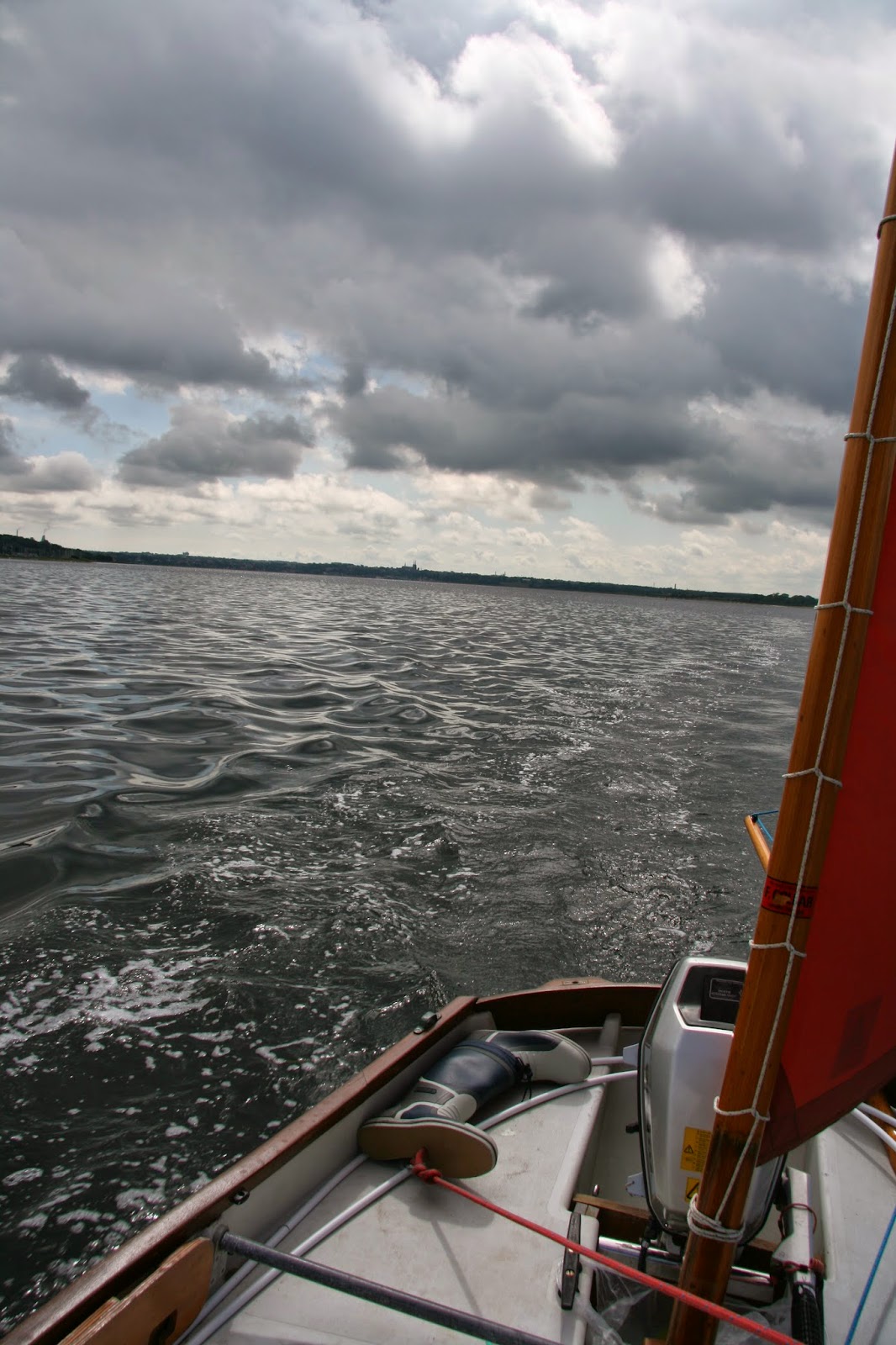 We arrived at Crown Prince Frederick's Bridge at 14:45 hours having just missed an opening at 14:30 hours. The next opening was scheduled at 17:30 hours. The bridgekeeper would not make any exceptions and so we anchored in the lee of an old railway embankment for a late lunch and a snooze.
At 17:15 hours we made ready to sail through en masse under sail and the bridge opened at the appointed hour. I sailed through with main and mizzen but keeping control with the engine running. As we passed through the bridgekeepers seemed to be concerned. The bridge horn sounded three times and the bridge began to close. This left two of our number on the wrong side of the bridge as they had to take avoiding action to stop colliding with the bridge spans. There was a feeling that the bridge keeper was being officious and could have easily been more patient and allowed the whole fleet through. 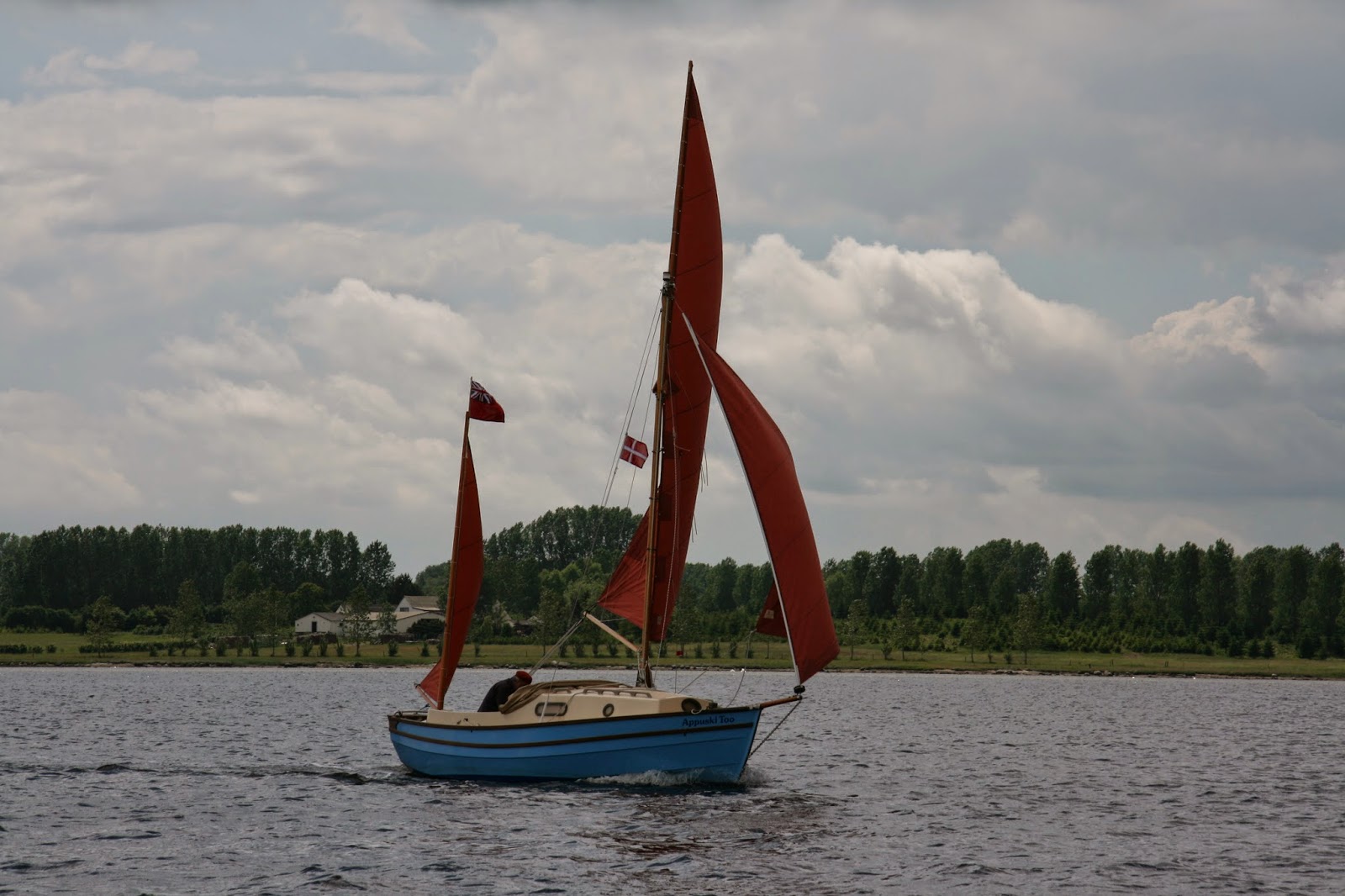 A good breeze pushed further north up the fjord and the fleet split with a number waiting at the bridge for the stranded pair to get through at the next opening at 18:30 hours.

We had hoped for an anchorage to spend the night but there was little shelter from the SE and so we pressed on the Kulhuse Havn which was a small marina on the northern most tip of the peninsula which divides this inland sea. 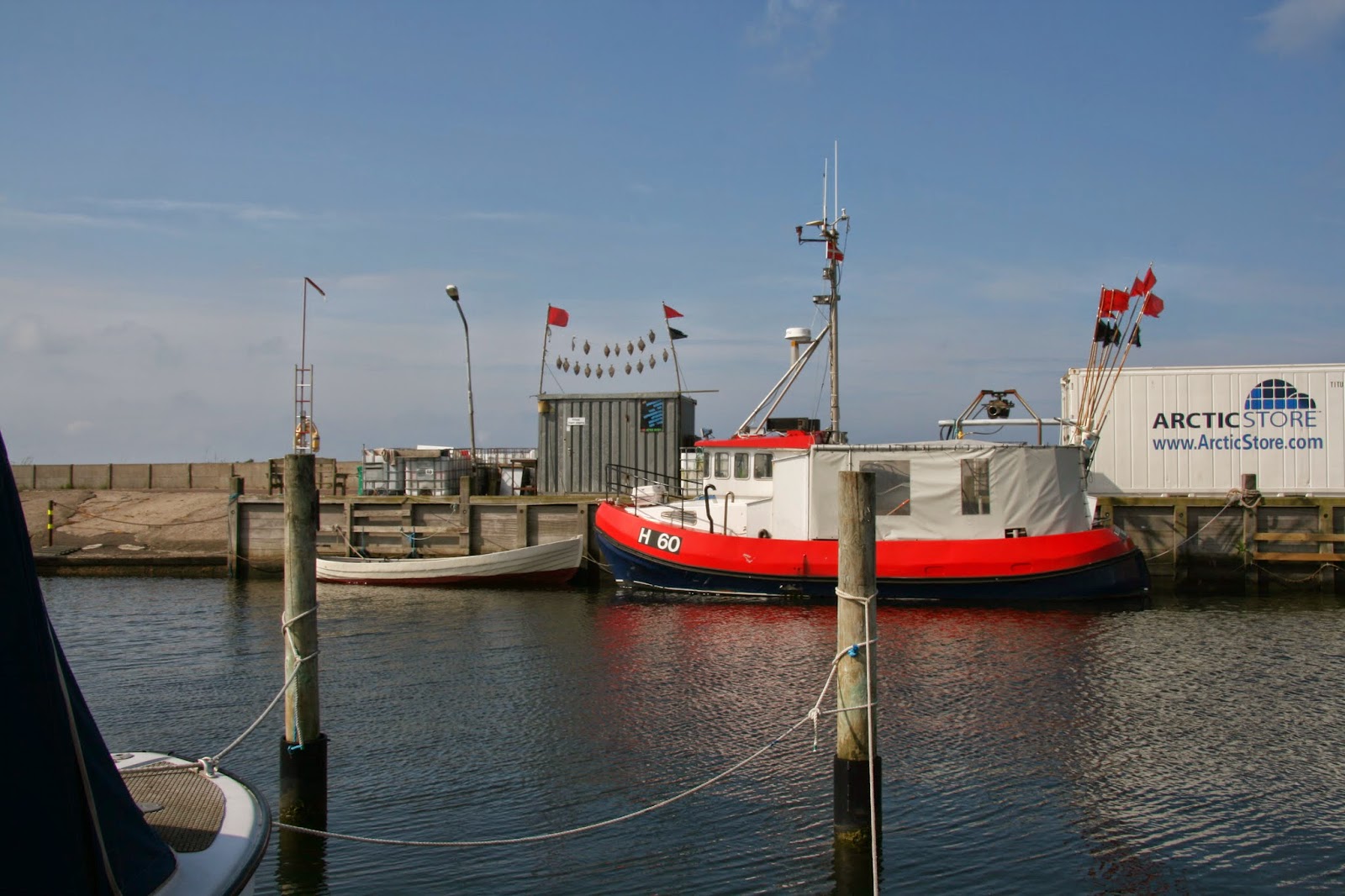 The usual scandinavian  method of marina mooring is bows to jetty and the stern pulled away by attaching lines to wooden piles or buoys. The advantage is that it allows more boats to be moored in the harbour. The lack of tide allows the use of this method with no need for expensive floating pontoons. So as a result marinas are more interested in your boats beam than length.

Kulhuse was a pleasant harbour with no resident harbourmaster and an honesty box for collecting fees. 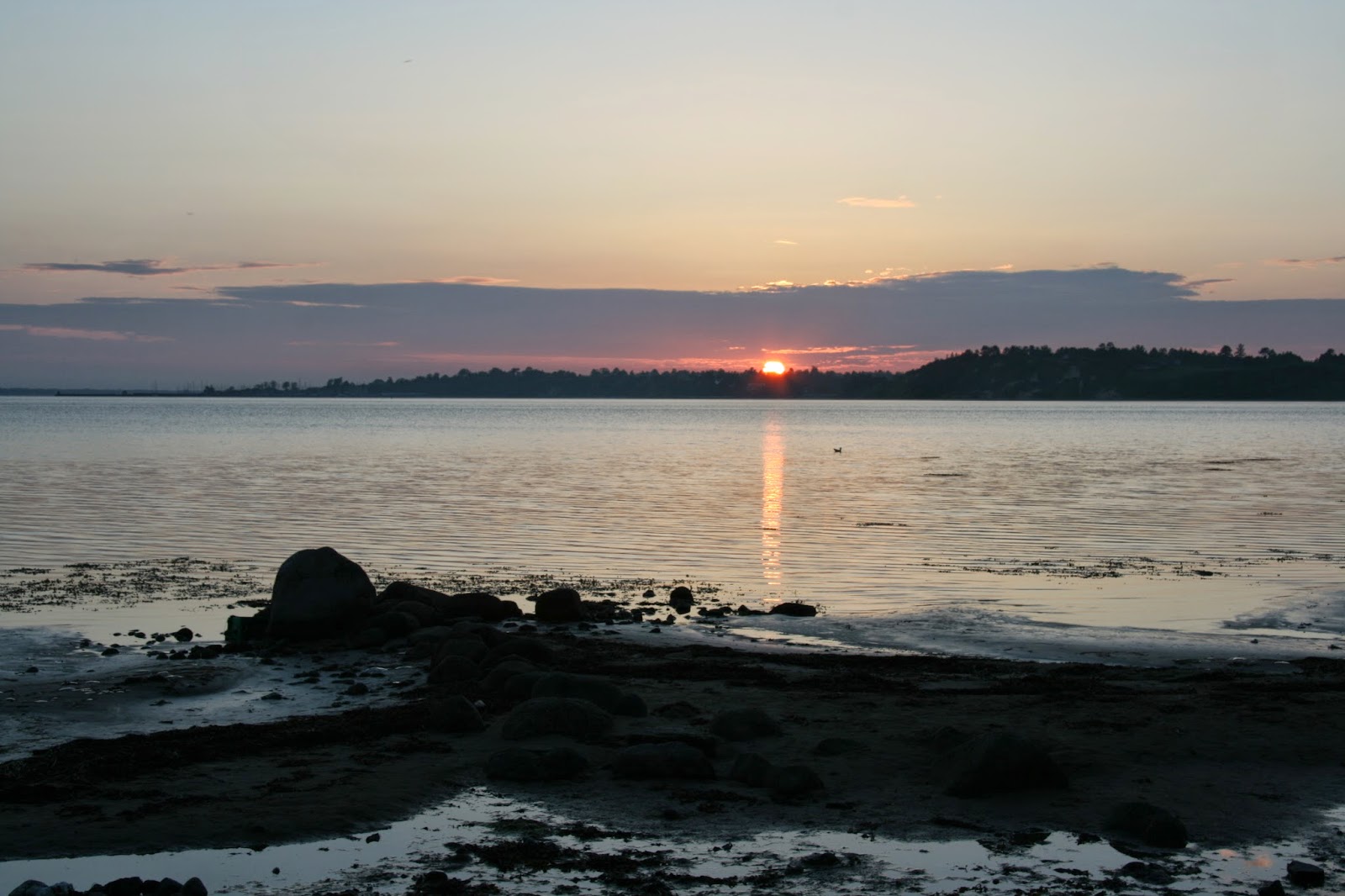 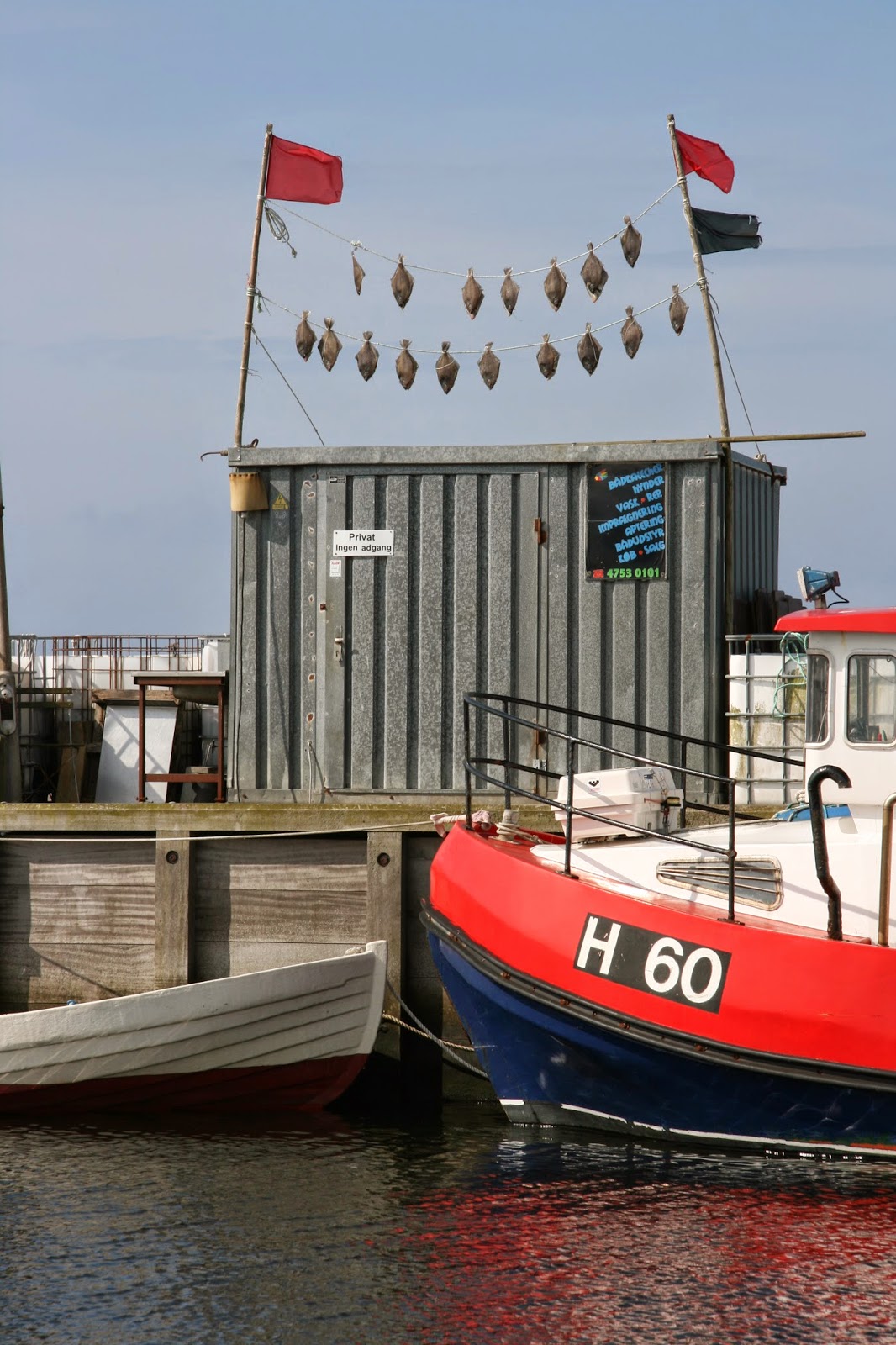